Mira Rajput shared some interesting facts about herself and mentioned she enjoys playing the piano. Meanwhile, Shahid Kapoor waited till she played ‘Bekhayali’. 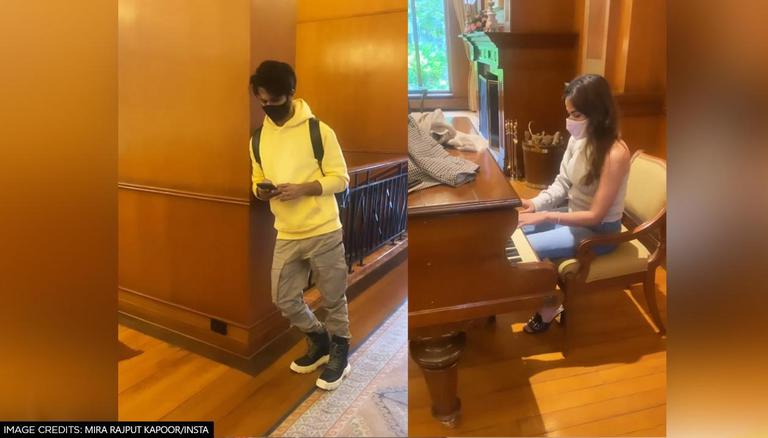 
Shahid Kapoor and his wife Mira Rajput often take to social media to give their fans and followers a glimpse into their life as a family. On Sunday, however, Mira headed to social media to share an interesting fact about herself. She posted a video of her playing the piano like a pro, as her husband attended her lesson and waited for her to play Bekhayali from his film, Kabir Singh.

In the video she posted, the camera panned on her husband and much-loved Bollywood actor, Shahid Kapoor. He was seen in a yellow hoodie, and Rajput mentioned that he waited to hear her play Bekhayali, from his 2019 film, Kabir Singh. The film was helmed by Sandeep Reddy Vanga and starred Kiara Advani.

The happy couple tied the knot in 2015 and welcomed two children into the world, Misha, who is 5-years-old and their 3-years-old son, Zain. Mira recently took to her Instagram account to share her unique birthday celebration with her husband in the mountains. She shared a video of a compilation of the scenic beauty from the duo's trek. She wrote, "🌲| Recharge | 🌲 Took off to the mountains for my birthday, a much-needed break after nearly two years. We restricted travel just for work and trips around commitments never really let you unwind. Nature heals. And I felt that. I may be a few kilos up but I feel so much lighter in my head and heart. I was just so overwhelmed throughout; gratitude, a deeper connection, and a feeling of a greater presence when in nature[sic]."