“I felt like this was the next natural step for me," said Shahid Kapoor. 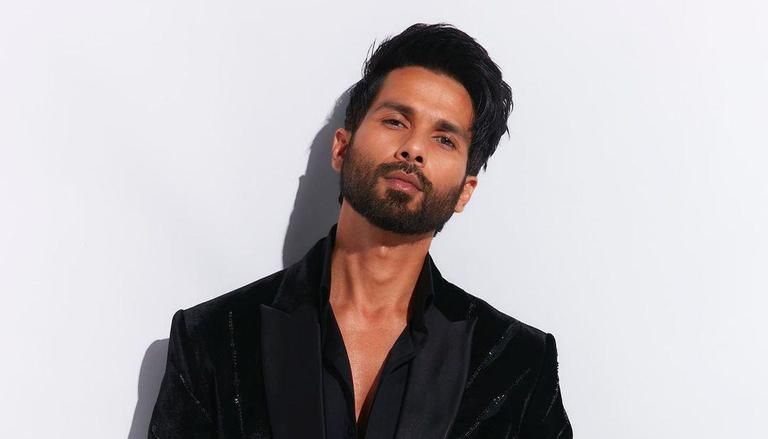 
As someone who enjoys long format storytelling, actor Shahid Kapoor says teaming up with “The Family Man” creators Raj Nidimoru and Krishna DK for their upcoming Prime Video series “Farzi” felt like the logical next step in his career.

Shahid described his role of Sunny, an ambitious Mumbaikar trying to find a place for himself in a cutthroat world, as a “relatable character” from the streets.

“I felt this was the natural next step for me. I have been consuming a lot of shows and enjoying them for the last five-six years, so why should I shy away from being a part of it,” the actor told PTI in an interview.

According to the actor, Raj and DK had initially approached him for a movie but he surprised them by opting for the Amazon show.

“Every platform is as good as its content. If the content is good, the platform will perform and they (Raj and DK) have made really good content in the last three years. That’s the reason we have collaborated. I am a fan of what they had done. They had reached out for a movie, I was like, (it’s) a great movie, but I want to do a show with you. And DK was like, ‘are you sure you want to do a show?’” The actor said he enjoyed watching shows, so it felt natural to collaborate with the directors, who are known for their distinct voice in cinema and in the streaming space with projects such as “Stree”, “Go Goa Gone”, “Shor In The City”, “99” and “The Family Man”.

“I felt like this was the next natural step for me. I have been consuming a lot of shows and enjoying them for the last five-six years, so why should I shy away from being a part of it,” Shahid said.

The only difference between a streaming platform and films is the kind of opportunities they provide.

“If we know which story needs to be told on which platform and on which format then you should go out and tell it,” the actor said.

Known for his nuanced performances in films such as “Kaminey”, “Haider”, “Udta Punjab”, “Padmavaat”, and “Jersey” among others, the Bollywood star said an actor’s biggest fear is “complacence” and as a creative person he is constantly fighting that.

“I have been acting for 20 years and I always feel that I need to keep challenging myself, otherwise, I might get bored, repetitive or complacent. It is important to put a new goal and challenges in front of you.” His desire to discover the streaming platform space stems from his own hunger to attempt something new and difficult.

“Once the character is done, you are moving to something new. You have to do something new every time, you have different filmmakers, characters, co-actors, technical team, circumstances and scenarios are also different, and the challenges are different.” Billed as a fast-paced and edgy crime thriller, “Farzi” revolves around an underdog street artist’s pursuit to con the system that favours the rich.

In the eight-episode series, Kapoor said his character of a regular youngster trying to survive and be independent will appeal to audiences.

Produced by D2R Films, the series will stream on Prime Video on February 10 in India and more than 240 countries and territories worldwide.

Next on the actor’s list is an Ali Abbas Zafar film and an untitled movie with Kriti Sanon.

“I have a film with Ali Abbas, which I have completed, it is an action film. I have another film which is untitled, which I am shooting with Maddock Films, it is with me and Kriti and there are a couple of things which will go on floors,” he concluded.