Shanaya Kapoor recently shared an Instagram post in which she can be seen donning Beyonce's new clothing line with Adidas named 'Icy Park'. See more below.

Sanjay Kapoor's daughter, Shanaya Kapoor, recently shared a few stunning photos of herself on her Instagram handle promoting Beyonce's new collection in collaboration with Adidas named Icy Park. In the photos, Shanaya can be seen wearing a pink hoodie with cargo track pants of the same colour, posing differently in each photo. Shanaya shared the image with the caption, "Lounging in @weareivypark @adidasindia #ICYPARK". Take a look at Shanaya's recent post below.

Shanaya Kapoor's photos prompted quite a lot of praises from fans. Many of Shanaya's fans left compliments in the comments section saying "Gorgeous Girl", "Pretty in Pink" and much more. Several of her fans left heart and kiss emojis while some fans simply left their "love yous" showering the rising star with love. Take a look at some of the reactions below. 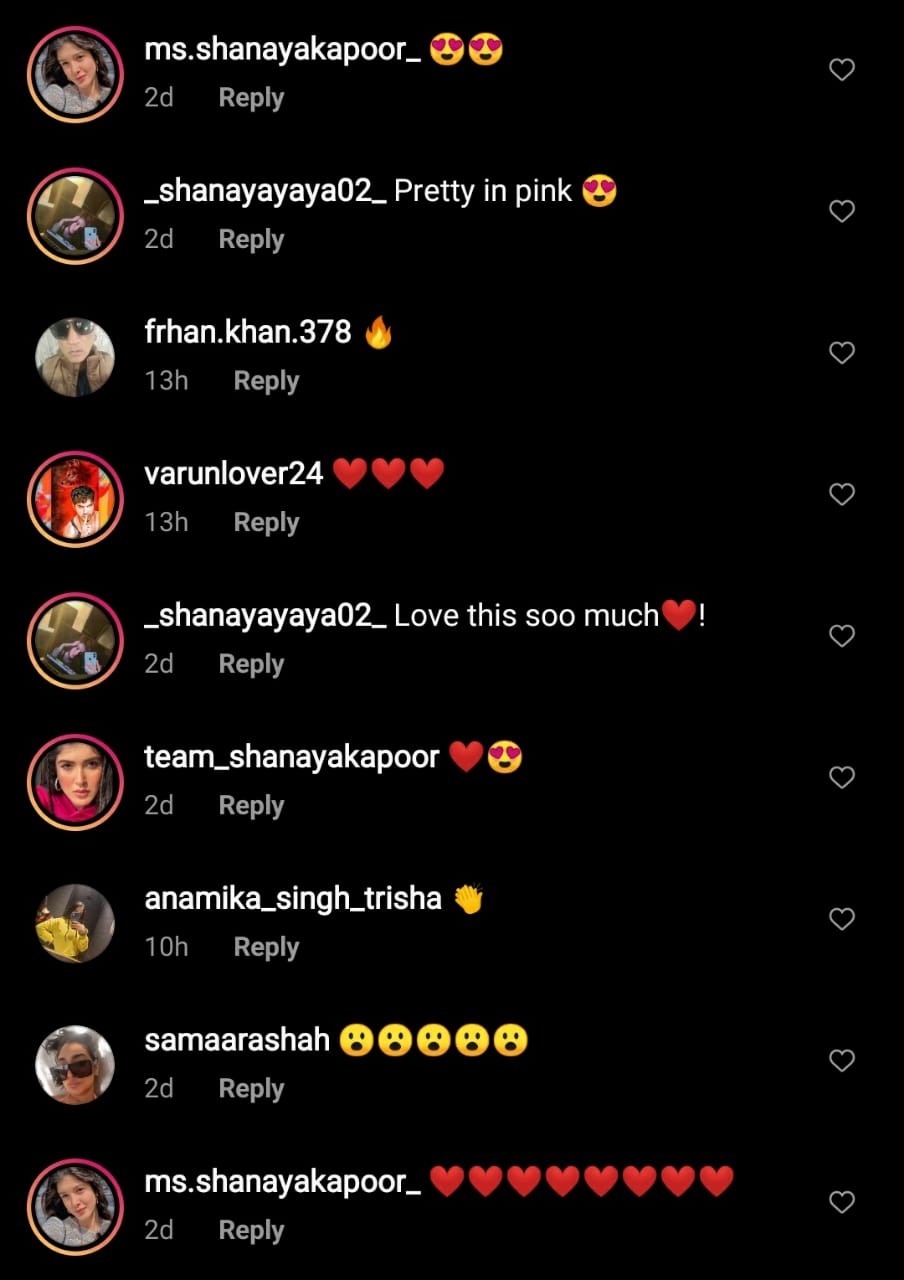 Shanaya Kapoor has gained much popularity on her Instagram profile. Shanaya has yet to make her Bollywood debut as an actress but already enjoys a vast following of almost 400k followers on Instagram. Shanaya might not have made her Bollywood debut as an actress, however, she has already made an on-screen appearance on a Netflix reality show as she was part of a 'debutante ball' in Paris called Le Bal. Shanaya often posts pictures on her Instagram handle of herself, her family and more, keeping her fans updated with her life much to their delight.

When it comes to working in Bollywood, Shanaya is not a complete novice. She has worked in the Bollywood film, Gunjan Saxena: The Kargil Girl, as an assistant director which was revealed by Sanjay Kapoor via his Instagram account in a proud fatherly post. The film starred Shanya's cousin Jhanvi Kapoor as the main lead. Shanaya has recently been uploading videos of herself belly dancing, taking the internet by a storm. Take a look at one of her recent dance videos below.