Sanjay Kapoor's daughter, Shanaya Kapoor, recently shared a throwback post on her Instagram handle with her brother Jahaan Kapoor. In the post, Shanaya shared a childhood photo with her brother and a video that is presumably recent. In the old photo, Shanaya looks extremely young while holding baby Jahaan in her hands posing for the camera, while in the video the two siblings can be seen all grown up as Shanaya smiles for the camera while taking a selfie video with her brother who glances at the camera. Shanya can be seen resting her head on her brother's shoulder. Shanaya shared the post with the caption, "then & now. tomtomyjerry". Take a look at Kapoor's post below.

Shanaya Kapoor and Jahaan Kapoor's latest appearance together on Instagram prompted a number of responses from fans and celebrity friends alike. Shanaya and Jahaan's mother, Maheep Kapoor, left some heart emojis in the comments while others like Bhavana Pandey and Rysa Panday, wife and daughter of Chunky Panday respectively, also left comments to which Shanaya responded along with Chunky Panday's sister-in-law Deanne Panday also leaving a few heart emojis. Many of Shanaya's fans also responded to the photo expressing how "cute" and "adorable" the two siblings looked in their latest post together. One fan even commented saying, "Siblings are the best". Take a look at some of the comments on the post below. 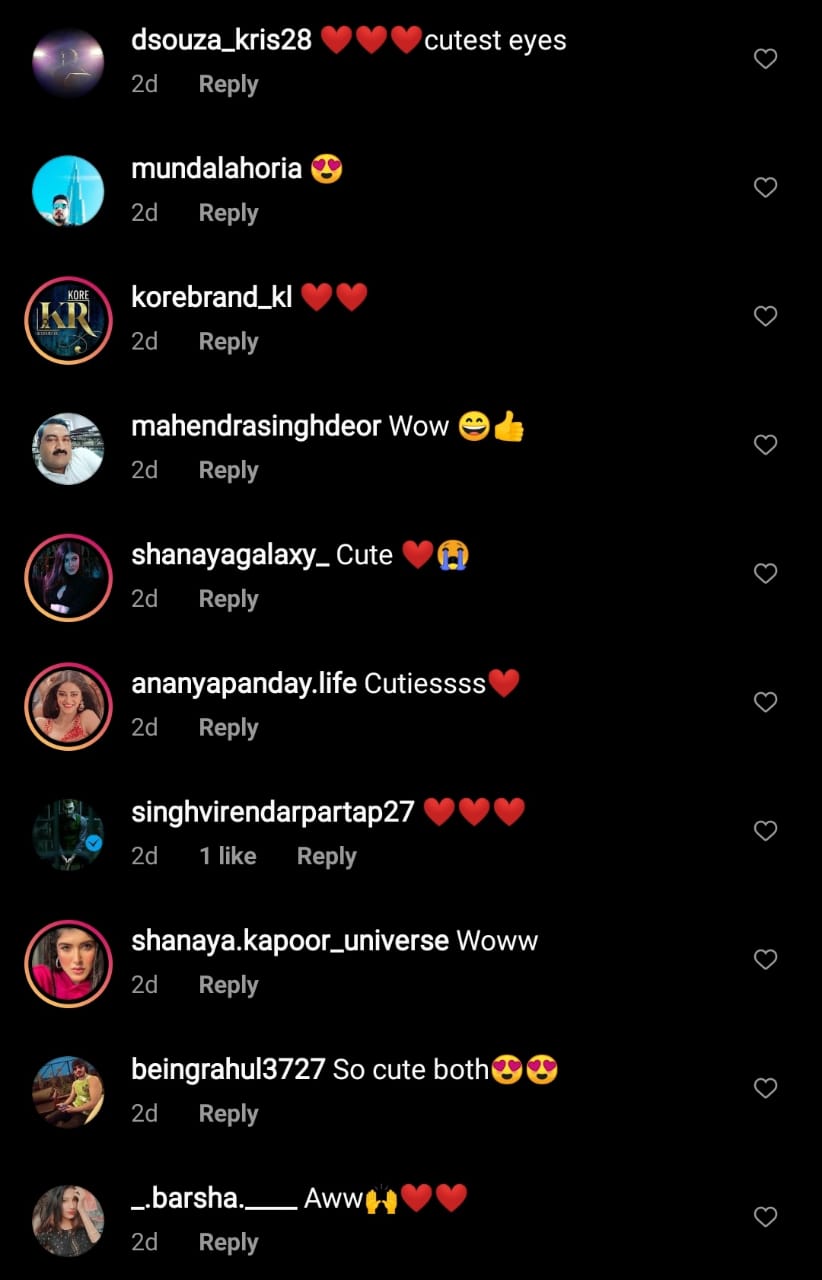 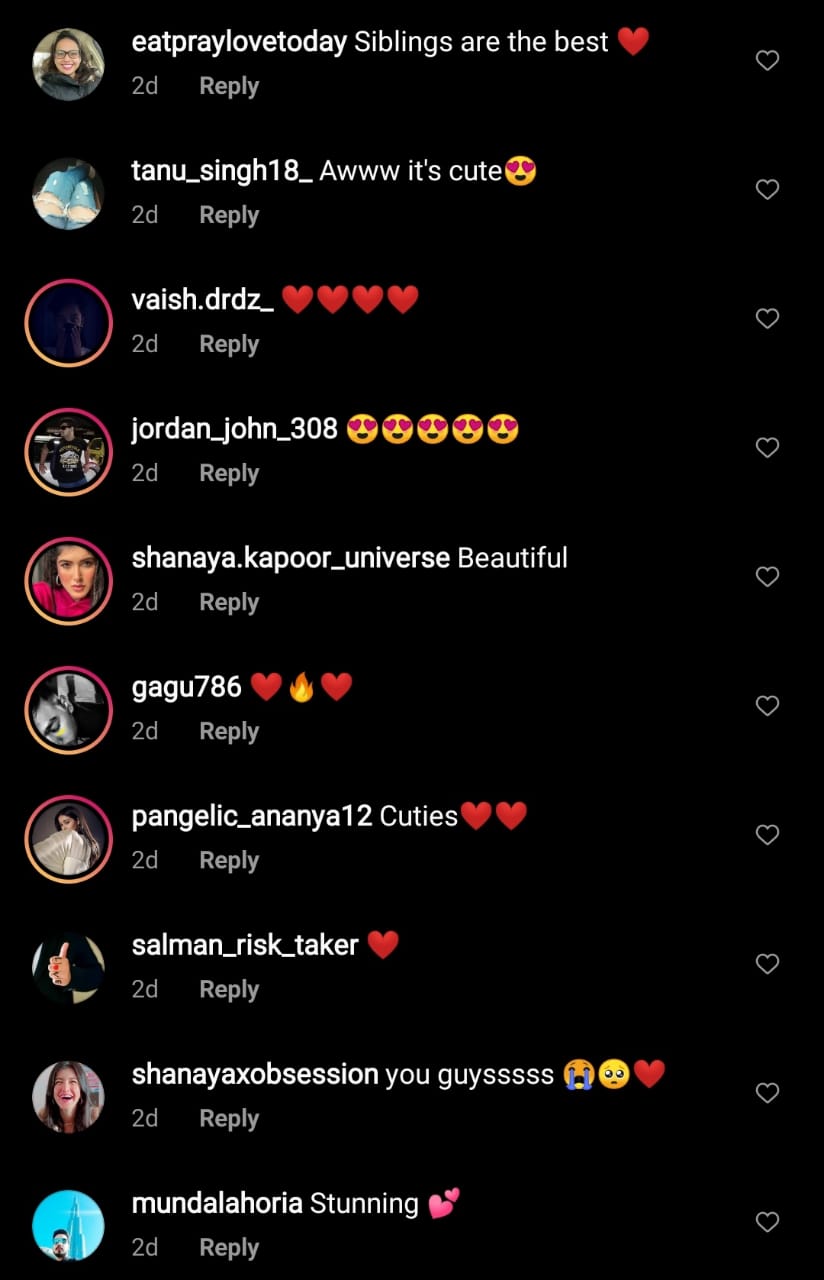 Shanaya Kapoor has gained much popularity on her Instagram handle. She has yet to make her Bollywood debut as an actress but already enjoys an impressive following of more than 400k followers on Instagram. Shanaya might not have made her Bollywood debut as an actress but she has already made an on-screen appearance on a Netflix reality show as she was part of a 'debutante ball' in Paris called Le Bal. Shanaya often posts pictures on her Instagram handle of herself, her family and more, keeping her fans updated with her life, much to their delight.

Jahaan Kapoor, on the other hand, has yet to make a public Instagram account for fans. The star kid currently uses a private Instagram account. Jahaan also made an appearance on the reality tv show starring his parents in which he expressed a desire to become an actor. However, the star kid received some backlash when he admitted he did not know how to speak in Hindi to actor Arjun Kapoor, on the reality TV show.