Actor Sharad Kelkar recently shared a photo with his wife Keerti Gaekwad Kelkar on Instagram. Fans mentioned that the couple looked very cute. Check it out.

Actor Sharad Kelkar, who is often seen sharing pictures and videos with his wife Keerti Gaekwad Kelkar on his social media, recently shared an adorable picture with her. In the picture, Sharad is seen kissing his wife on her cheek. Check it out.

Sharad Kelkar kisses his wife on her cheek

Sharad Kelkar took to his Instagram handle on April 9 to share a photo with his wife. He wore a basic blue t-shirt with joggers while his wife wore a black crop top with grey joggers. She smiled while Sharad kissed her on her cheek. He made a reference to the song Jumma Chumma Dede and wrote, "Aaj Jumma Hai".

As soon as Sharad shared the photo, his fans commented with all things nice. They wrote that the couple looked adorable. Fans also wrote that the two were setting couple goals. They flooded the comment section with heart and fire emojis. Take a look at the comments on the photo here. 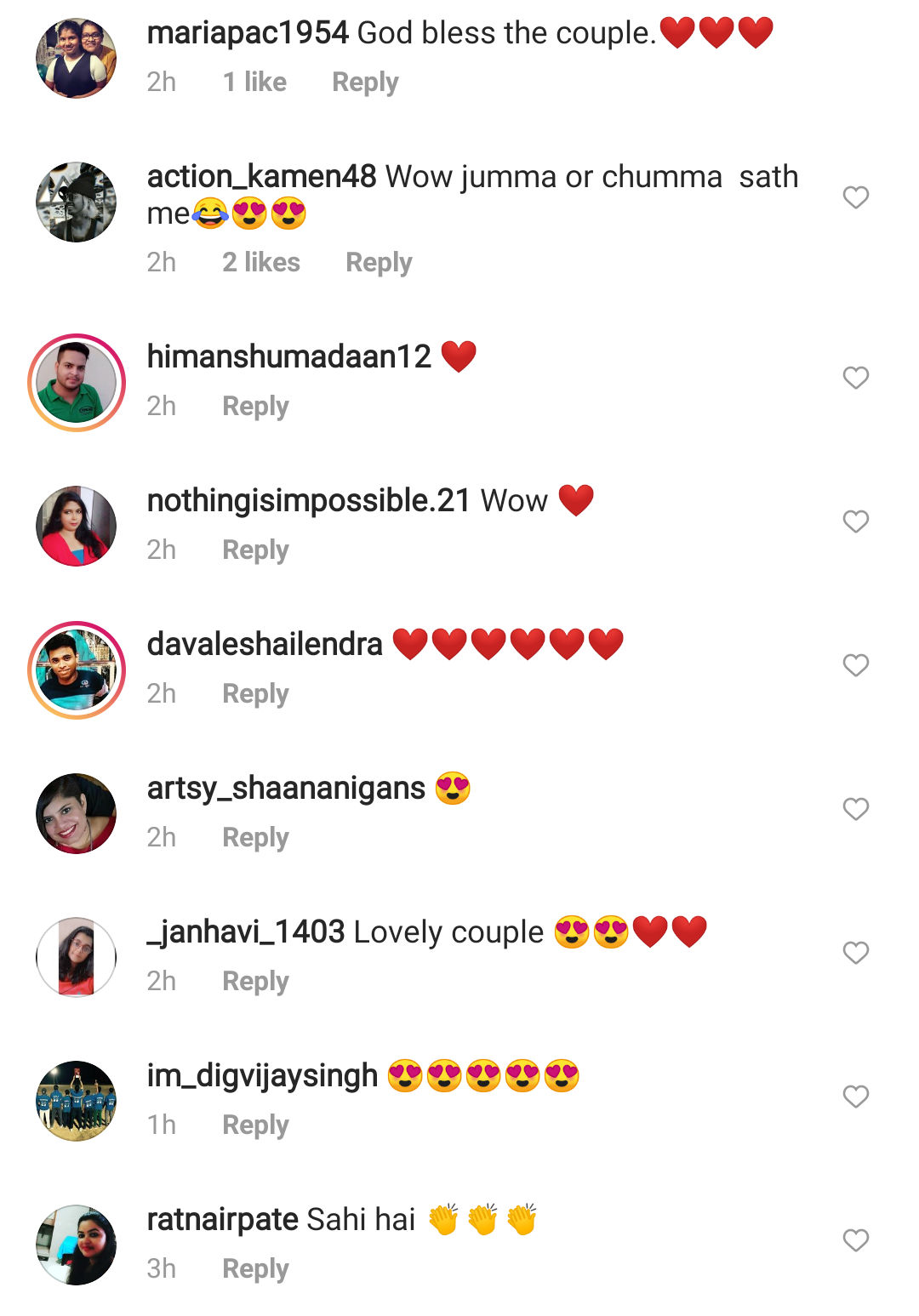 He shared a picture of his wife holding him. He kissed him on his cheek while the two were on a vacation. Sharad called himself a beast while calling his wife a beauty. He also shared a picture with his daughter Kesha and his wife on Holi. Sharad Kelkar's wife wore a stylish white crop top. He shared a hilarious picture of the two going for a walk. Sharad carried Keerti in his arms like a small baby. He wrote that this is how she agreed to go on a walk. Take a look at the photos.

Sharad Kelkar on the work front

Sharad Kelkar was last seen in the ZEE5 film, Darbaan. He was also seen in Laxmii portraying the role of Laxmii. He also portrayed the role of Jatin Mehrotra in the ZEE5 original show, Black Widows. The actor will soon make his Tamil debut with the film Ayalaan. He is currently shooting for his upcoming film, Bhuj: The Pride of India. Sharad will also be seen in movies like Jersey, the Marathi flick Paavan Khind and Deja Vu.