'Shershaah' Achieves IMDb Feat In A Week; Sidharth Malhotra Feels 'on Top Of The World'

'Shershaah' achieves a feat on IMDb in a week of its release on Amazon Prime. Lead actor of the film, Sidharth Malhotra felt 'on top of the world'. 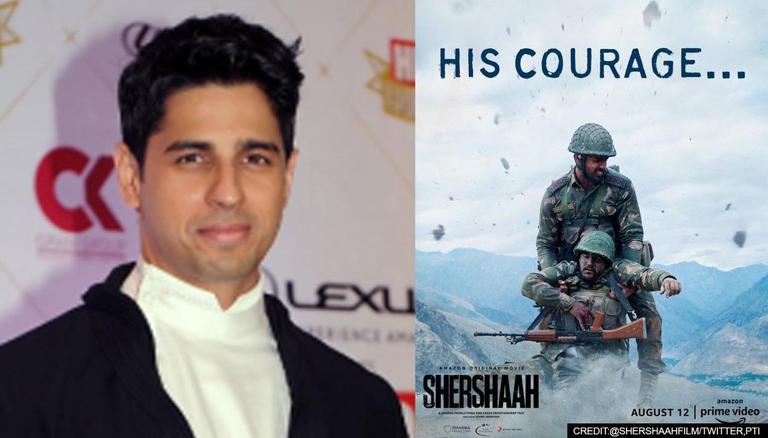 
Movies might not be hitting theatres at the moment due to COVID-19, and the medium might have switched to Over-the-Top platforms now, but the joy for artists to see their work being appreciated has not changed. An example of this was Sidharth Malhotra's delight at the positive response for his recent release Shershaah. The actor was over the moon over netizens showering love on his movie, which was witnessed on the ratings on the Internet Movie Database (IMDb) website.

The current IMDb ratings for Shershaah stand at 8.8. The rating is not just considered good, but the makers claimed that it was the 'No 1 rated Hindi movie'. While the ratings are on the basis of a short time frame of a week and susceptible to a drop later, Sidharth could not stop his feelings from flowing out.

The actor, who plays the role of Kargil War hero Captain Vikram Batra, wrote that he was 'feeling on the top of the world'. He conveyed his gratitude to all who showered love on the movie, and 'making this happen.' He wrote that the ratings on the platform was for everyone who supported the movie and 'making it so special and memorable' for them.

A few days ago, his co-star Kiara Advani too had sent out an appreciation note to the soldier, who sacrificed his life, his fiancee Dimple Cheema, whose character she portrayed, and the team with whom she worked.

"So many emotions right now…

Thank you for moving us with the life you lived, and for Inspiring us with your personality and your bravery. We are all so proud to be a part of your story.

To Dimple, I am honoured to know you and to portray a woman so courageous and committed; thankyou for sharing your personal story only because of your love for Captain Vikram Batra. Thank you for making us believe that pure and true love exist. My respect and admiration for you is boundless.

To @karanjohar @apoorva1972@dharmamovies team
The family which has given me 4 super special films, this one is all heart and I’m so happy we made this together❤️

To @vishnu_dir sir, Thankyou for being the best captain of our ship and making this story with pure passion and love.

To @isandeepshrivastava sir Thank you for bringing this heartfelt story from real to reel with your writing.

To the Shershaah of Bollywood @sidmalhotra…. where do I even begin, I am so proud of you Sid for such a Stellar performance, this film wouldn’t have been possible without you. ❤️

To @shabbirboxwalaofficial and @primevideoin Thankyou for making this story reach the world.

To our DOP, Kamaljeet Negi sir, our editor @baidnitin @sreekarprasa , best bgm johnstewarteduri , @sohelsanwari , music @azeem and every single technician you made this film come alive and hit it out of the park.

To @shivpanditt @nikitindheer@sahilvaid24 @manmeettkaurmk@bijayanand and our entire cast of Shershaah You add so much life to the film, each performance is one to remember🙌🏼

And finally my core team- @ekalakhani and @team___e@makeupbylekha @makeupbysalonij@hiral Thankyou for having my back, dressing me into dimple and making this journey so memorable 💕

To the entire cast and crew, This film and our journey together will always stay with me 🤍🤍🤍 special forever #grateful #thanful #blessed."

Shershaah has been directed by Vishnuvardhan and traces the events of the Kargil war, where Captain Vikram Batra laid his life in a heroic act. The movie also stars Sahil Vaid, Nikitin Dheer, Shiv Pandit, among others.  The war drama is streaming on Amazon Prime.