Shraddha Kapoor Clicked Chatting With Her Beau While Filming Her Next? Netizens Have Ideas

Shraddha Kapoor is known for keeping the volume down about her private life. However, the actor fueled relationship rumours after getting clicked while texting. 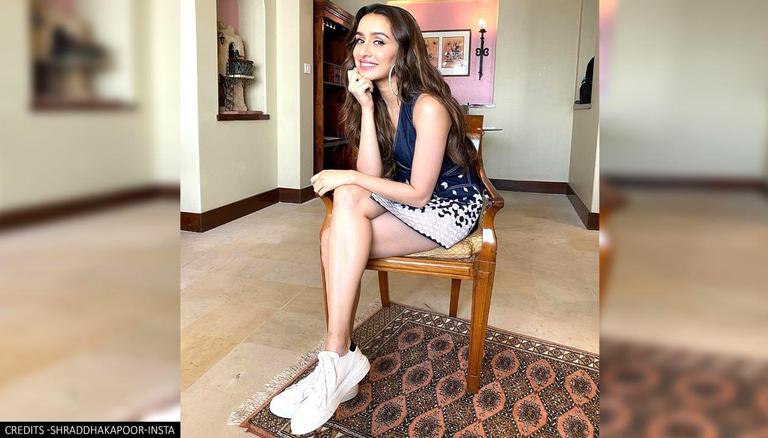 
Shraddha Kapoor is currently busy shooting for her upcoming movie. Daughter of renowned actor Shakti Kapoor, the 34-year-old is known to keep her private life out of the public eye, only sharing moments with her family online. However, a recent picture of the actor by a paparazzi caught netizens' attention.

Shraddha Kapoor gets clicked while texting

Currently busy shooting Luv Ranjan's upcoming untitled film opposite Ranbir Kapoor, the actor is being papped during her shooting schedules. One picture clicked by a paparazzi is making rounds on the internet. In the picture, the smiling actor donned a blue dress and was seen texting on her phone. The pictures taken from multiple angles seem to reveal the actor's phone screen. The picture showed the actor talking lovingly to someone named by red heart emojis.

The paparazzi account uploaded the picture with the caption, '@ShraddhaKapoor clicked during a shoot all smiles as she chats with someone called "❤️❤️❤️" “I’ve never met someone like you in my life,” says Shraddha to this mysterious person. Who could she be talking about? 😍'.

Fans were quick to claim that the pictures were edited as one fan explained, 'Guys this is fake the interface of the chatting app (WhatsApp) is of iOS but the phone she is using is aAndroid'. Some fans criticised the paparazzi for posting Shraddha's chats online calling it an invasion of privacy. On the other hand, a few believed that the picture was a scene from the movie and the chats are scripted. 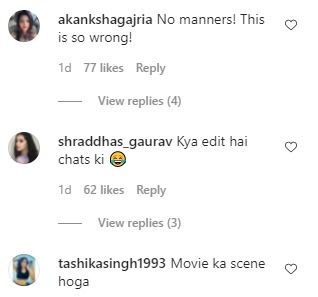 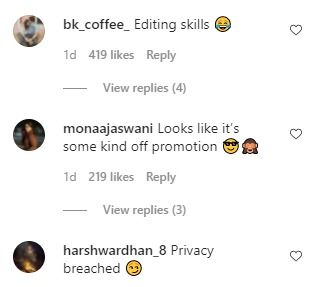 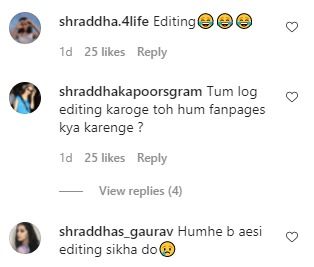 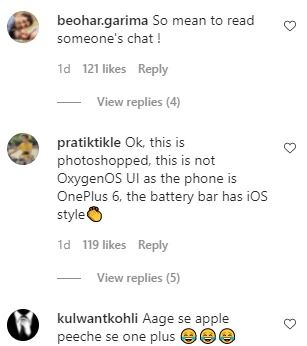 Despite keeping a low profile on her private life, the actor was linked with a couple of Bollywood personalities throughout her career. The young actor was rumoured to be dating photographer Rohan Shrestha, who later confirmed they were friends for over nine years. Shraddha was also linked with Toofaan actor Farhan Akhtar, however, neither actor confirmed the rumours. For a few months, Aashiqui 2 co-stars Aditya Roy Kapoor and Shraddha Kapoor were rumoured to be dating.

The actor is known for appearing in movies like Baaghi, Ek Villain, Haseena Parkar and Baaghi 3. Along with Luv Ranjan's film, Shraddha Kapoor is all set to play the role of a serpent in Nikhil Dwivedi's trilogy film. She will also be seen in the 1989 movie Chaalbaaz's remake titled ChaalBaaz in London.