Shraddha Kapoor is currently basking in the success of 'Baaghi 3'. The actor recently shared a beautiful picture with her mother on her birthday. Read more.

Shraddha Kapoor is currently basking in the success of her movie Baaghi 3. She is featured alongside Tiger Shroff and Riteish Deshmukh in the lead role. The actor is quite active on her social media and is often seen sharing pictures of her and updating her fans with all the happenings of her life. Recently, the actor shared an adorable picture with her mother and her fans are going gaga over it.

Also Read| From Anushka Sharma to Shraddha Kapoor,here's how actors give their lehengas a sassy twist

After Shraddha Kapoor posted the picture, fans went gaga over her and praised it widely. Some called the snap 'cute' while some went on to call Shraddha 'mirror image' of her mom. 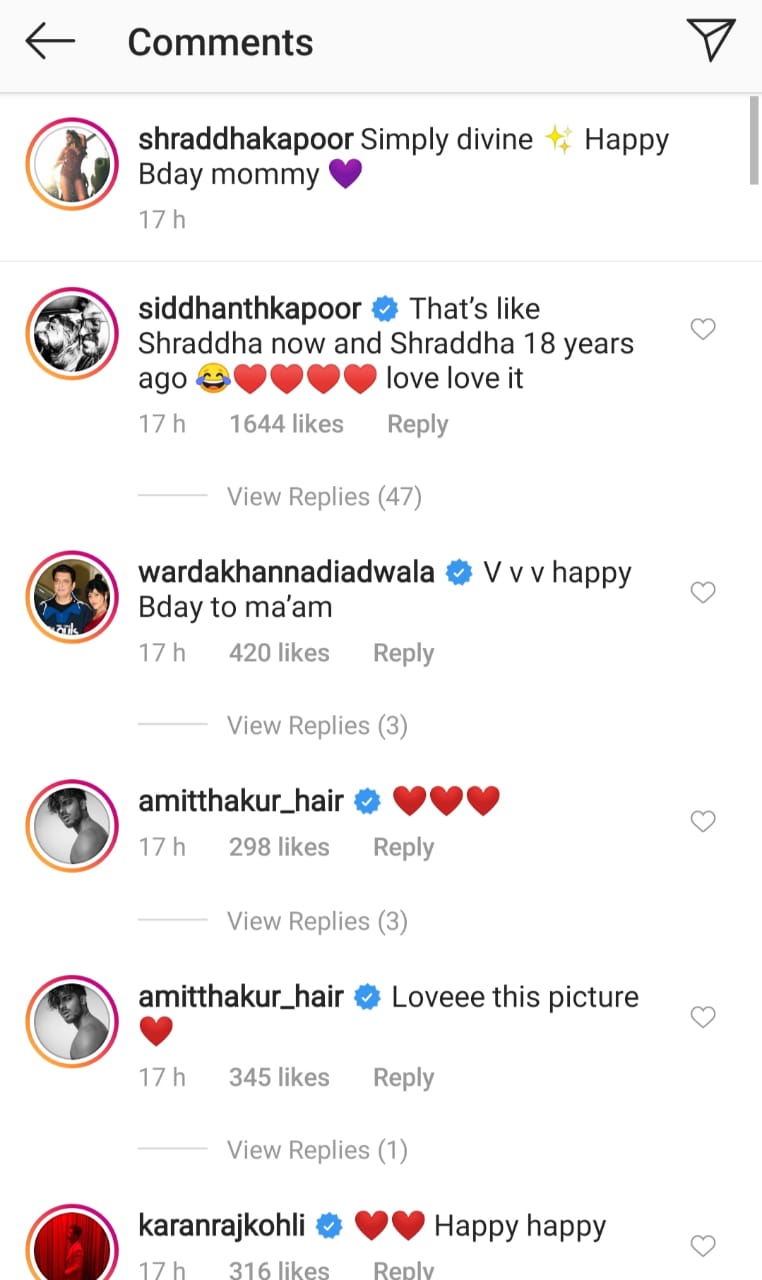 Baaghi 3 is an action thriller directed by Ahmed Khan. The film marked the return of Tiger Shroff in his third outing as Ronnie. Riteish Deshmukh is seen essaying the role of Tiger’s brother whereas Shraddha Kapoor is the leading lady of Baaghi 3. The story revolves around Ronnie, who stands up against the nation to rescue his brother. The film is produced by Nadiadwala Grandson Entertainment and Fox Star Studios.