Sidharth Malhotra took to his Instagram handle to congratulate 'Shershaah' co-star Nikitin Dheer and his wife Kratika Sengar on their pregnancy announcement. 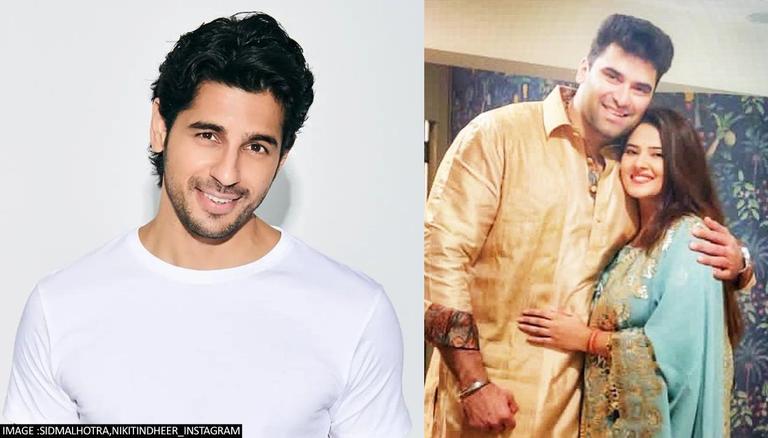 
Nikitin Dheer and his wife Kratika Sengar are expecting their first child. The duo took to their social media handle to share the news, with many fans, fellow members of the entertainment industry sending congratulatory messages as they embark on embracing parenthood. Sidharth Malhotra, who worked with Dheer in the biographical war flick Shershaah, also showered adulation on the duo by sharing his post on Instagram.

For the unversed, Nikitin Dheer played the role of Major Ajay Singh Jasrotia in the movie based on Kargil Hero, Vikram Batra's life. Take a look at the Instagram story Sidharth shared to congratulate the couple.

Taking to his Instagram handle on Saturday, November 13, the Shershaah star uploaded their picture on his Instagram stories and wrote, "Congratulations Guys!" along with two hearts and an evil eye emoticon. Dheer also responded to the actor's wishes by writing "Thank you bro." Other celebrities like Gauhar Khan, Shiv Pandit, Aditya Narayan, Rajniesh Duggall also poured love-filled emoticons, while blessing the duo. 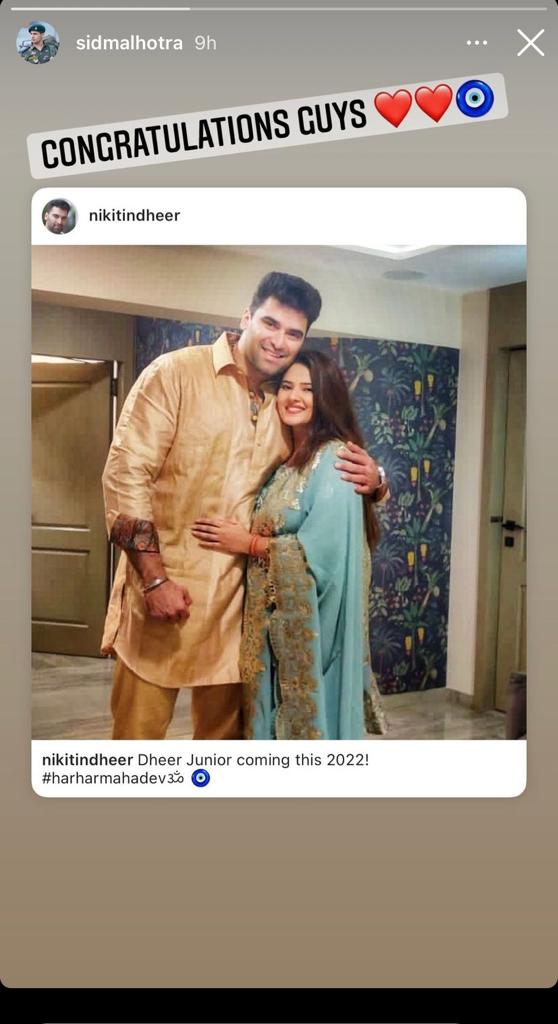 Dheer uploaded a post on his Instagram handle wherein he and Kratika can be seen happily posing for the camera. For the caption, he wrote, "Dheer Junior coming this 2022! #harharmahadevॐ". The famous television couple tied the knot in a private ceremony on September 3, 2014, shortly after Nikitin's father and popular actor Pankaj Dheer found Sengar to be his son's ideal match.

Meanwhile, Sidharth Malhotra is currently working on his upcoming movies, namely Thank God and Mission Majnu. He will be sharing screen space with Ajay Devgn in Indra Kumar's Thank God, which is gearing up for a theatrical release in the second half of 2022. In Mission Majnu, he will be acting alongside Rashmika Mandanna, Parmeet Sethi, Zakir Hussain, Sharib Hashmi, and others. The spy thriller is scheduled to release on May 13, 2022. As per Pinkvilla reports, Sooryavanshi director Rohit Shetty will be seen collaborating with Sidharth Malhotra for a cop-based web series.