Actor Sidharth Shukla has been winning the hearts of his fans with his cool demeanor, recently shared a post on while strumming a guitar in a set of pajama.

Actor Sidharth Shukla has been winning the hearts with his cool demeanour. Recently, the actor shared a post on Instagram strumming a guitar in a set of pajamas. Going by the picture, it seemed that the actor was trying really hard to play a tune dedicated to his fans for their immense love over his posts on social media. While captioning the post, the Humpty Sharma ki Dulhaniya actor wishes his fans on the New Year. He also wrote how he was trying his hands at new guitar tunes.

Fans of the actor quickly thanked him for his sweet wishes and also expressed their love towards his quirky attire. One of the users wrote, “My baby looks so handsome”. Another user wrote, “It's only Sidharth who can pull off a look like this”. A third user commented, “Glad to see that Siddharth is learning to play guitar.” Another user echoed similar sentiments and wrote, “Mannn you are simply awesome.”

Siddharth who is shooting for his upcoming series Broken But Beautiful 3, is keeping his fans on toes by sharing several BTS pictures from the sets of the series. Recently, celebrity photographer Viral Bhayani shared a photo of Balika Vadhu actor on the sets of his upcoming web-series titled Broken But Beautiful season 3. The popular actor can be seen wearing a brick redshirt in the close-up picture. The caption read, “Another exclusive BTS from Broken but Beautiful 3 set.” Apart from this, Viral shared a video of the actor where he urged his fans to watch the upcoming ALTBalaji show which marks his debut on the digital platform. In the video, he briefed about the show and requested fans to watch and appreciate it. 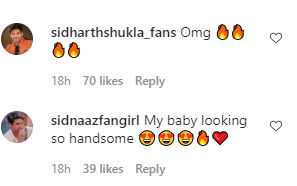 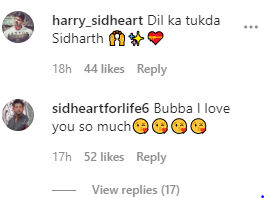 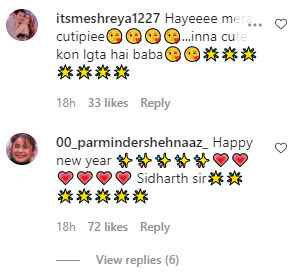 A few weeks ago, the show’s producer Ekta Kapoor took to her Instagram to introduce the characters Rumi and Agastya which will be essayed by Sonia Rathee and Sidharth Shukla. The video showed the two while crooning to the famous track of the series Yeh Kya Hua as their faces get revealed. At the end of the video, it read, "Filming begins soon."

Read: Sidharth Shukla And His Banter With Paparazzi At 4 Am Wins Fans' Heart; Check Out