Sohum Shah Poses With A Face Plaster; Fans Wonder If 'Tumbbad 2' Is In The Works

Sohum Shah took to his Instagram and shared a photo with a plaster on his face, and fans asked if 'Tumbbad 2' was in the making. See pic here. 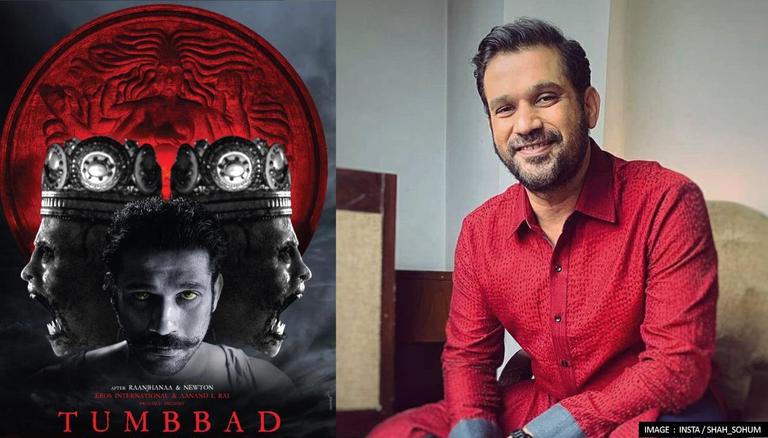 
Sohum Shah took to his Instagram and shared a photo as he teased fans about a possible sequel of his critically acclaimed film Tumbbad, which was released back in 2018 and garnered widespread global acclaim, along with starring in the movie Sohum was also the producer of the movie. The mythological horror film was directed by Rahi Anil Barve and was premiered at the 75th Venice International Film Festival.

Tumbbad 2 in the making?

Sohum Shah took to his Instagram and posted a picture with a blue face mask on, and wrote that he was having Monday blues. As he shared the photo, Shah wrote, " I’m literally having Monday blues Guess करो क्या बना रहें हैं? P.S. Thrilled to be back in the actor और producers chair for another film for @sohumshahfilms with @adeshprasad! #ComingSoon." As Shah shared the photo several fans commented that the picture was for Tumbbad 2 and asked if Hastar will be back. 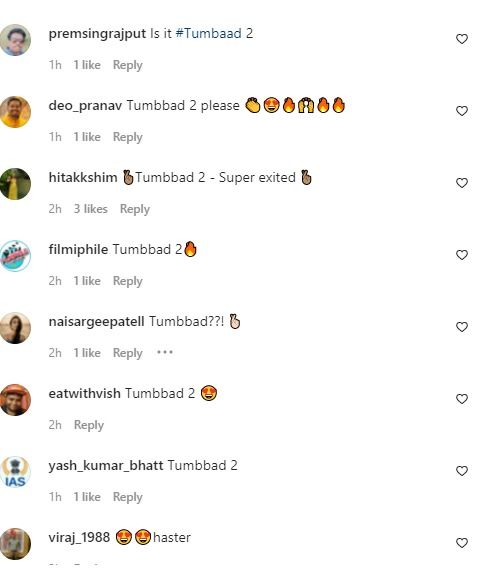 Shah who acted in and produced the movie revealed that he is flooded with requests every day to take the film ahead and make it a franchise but he said that he will not do anything to simply cash in on the film's popularity. Shah was recently seen in the financial thriller The Big Bull, based on the life of stockbroker Harshad Mehta.

Director Anil Barve began writing the script based on a story a friend had told him about in 1993, by Marathi writer Narayan Dharap. The movie was first shot in 2012 but after editing, Barve and Shah were not satisfied and the film was then re-written and re-shot with filming completed in May 2015. Shah plays the role of Vinayak Rao, it follows the story of his search for a hidden treasure in the 20th century British India village of Tumbbad, Maharashtra.

Tumbbad premiered in the critics' week section of the 75th Venice International Film Festival, the first Indian film to be screened there. It was released on 12 October 2018 with mostly positive reviews with critics praising the visuals. Tumbbad received eight nominations at the 64th Filmfare Awards winning three for Best Cinematography, Best Art Direction and Best Sound Design.

WE RECOMMEND
Huma Qureshi shares 'Maharani' season two glimpse
Sohum Shah opens up about 'Tumbbad' sequel; says he is unsure about when will it release
Sohum Shah introduces his character from 'The Big Bull', calls Viren 'pillar of strength'
'Tumbbad 2' in progress, actor Sohum Shah says he is in 'no rush'
Sohum Shah speaks about his role in 'Maharani'; says 'had to understand the psyche'
Listen to the latest songs, only on JioSaavn.com