Sonakshi Sinha Gets Some 'green Visitors' At Home Amid Lockdown; See Pics

While the entire country is majorly affected by the negative impacts of the Coronavirus lockdown, some people are trying to spread positivity among the masses by counting on the positive changes that it got along like the major drop in various types of pollution. In addition to that, a lot of people also pointed out getting the opportunity to spot various birds in their balcony or rooftops amid lockdown, which were quite difficult to spot earlier. Joining the bandwagon recently is the Dabangg 3 actor, Sonakshi Sinha who encountered a similar instance as she had some 'green visitors' over, in her balcony.

Sonakshi Sinha had some 'green visitors' at home amid lockdown

Due to the nationwide lockdown imposed by the government of India to curb the rapid spread of Coronavirus, everyone has gotten ample time to themselves. While some are utilising it by taking up new hobbies or brushing up their skills, others are making full use of it to spend quality time with their family alongside spending some me-time as well. Striking a balance between both, Sonakshi Sinha knows how to prioritise them equally and her Instagram handle is proof.

The Mission Mangal actor recently took to Instagram to share a glimpse of the 'green visitors' that she had over at her home. In the video shared by Sinha on her Instagram stories, Sinha is seen spending quality time with herself as she panned the camera over two parrots in her balcony. In addition to sharing the video, she captioned it,

"Had some green visitors today" 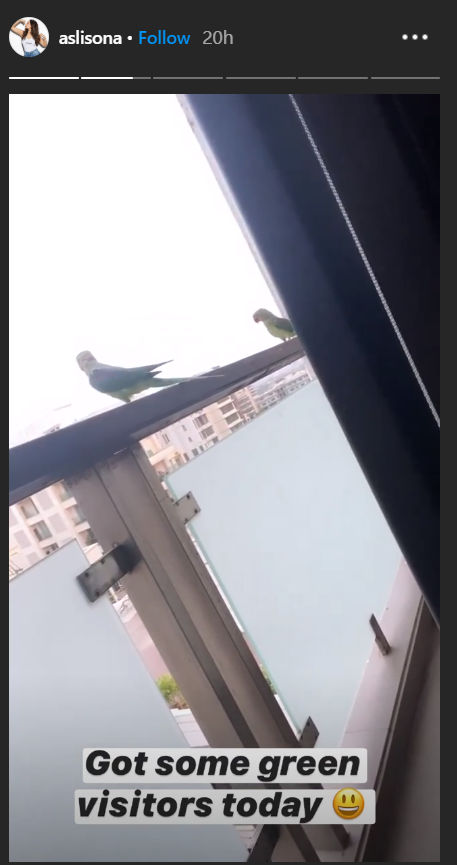 However, Sonakshi Sinha has also taken the internet by storm with her artworks amid lockdown. While most of her contemporaries are making use of their quarantine time to brush up their culinary skills, Sinha is putting her artistic skills to test by channelling the inner artist. Recently, her Happy Phirr Bhag Jayegi co-star Diana Penty also took to social media to compliment Sinha for her exquisite artwork by calling it 'gold'. 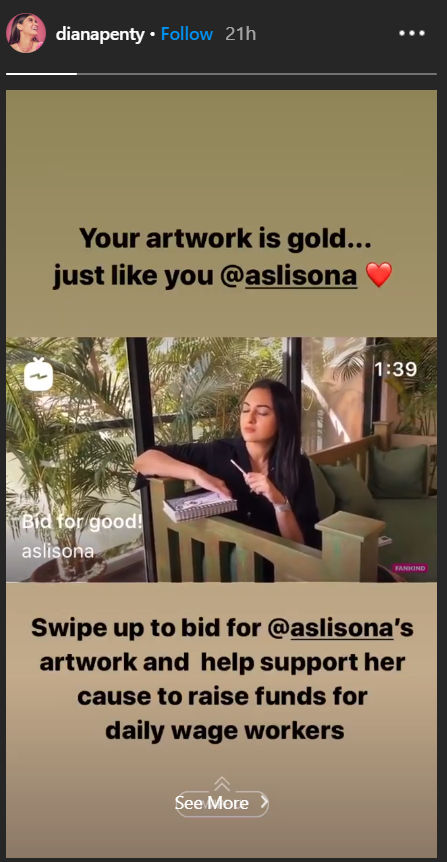 On the work front, Sonakshi Sinha was last seen alongside Salman Khan in the third instalment of her superhit Dabangg franchise, titled Dabangg 3. The film released last year in December and starred Kichcha Sudeep, Saiee Manjrekar and Arbaaz Khan in the key roles as well. However, the action-comedy received a mixed reaction from the audience as well as film critics. Sinha will next be seen sharing the screen space with her Son Of Sardar co-star Ajay Devgn yet again in their upcoming film titled Bhuj: The Pride of India. The film is set to hit the box office on August 14, 2020, in the Independence Day week.

PEOPLE HAVE PLEDGED SO FAR
LATEST NEWS
View all
1 hour ago
Amir siddiqui won't use his reactivated tiktok account until his brother faizal can too
1 hour ago
Hrithik roshan's 'krrish 3' and other movies with more than one female lead
31 mins ago
Nawazuddin-anurag and ajay-rohit: a look at bollywood's power-packed actor-director duos
8 mins ago
'gulabo sitabo' song 'jootam phenk': amitabh, ayushmann all set to take fans on a fun ride
28 mins ago
Richa chadha or kiara advani: who carried the faux fur look better?