Sonal Chauhan Frolics On The Beach In A Pink And White Bikini; See Photos

Sonal Chauhan shares snippets from her Goa trip. In her latest pic, she can be seen wearing a halter-neck pink and white bikini. See pictures here.

On January 8, 2021, Sonal Chauhan took to her Instagram handle and shared a picture of herself wearing a halter-neck bikini. The actor can be seen flaunting her bright smile while looking at the camera. In the caption, she informed her fans that she is choosing happiness in the present and future. Sonal went off on a vacation to Goa in order to ring in Christmas and New Year. Since then, the actor has been sharing snippets from her trip on her Instagram handle.

Sonal Chauhan flaunts her bright smile in a halter-neck bikini

In the picture, Sonal can be seen enjoying her time on the beach. She wore a pink and white coloured halter-neck bikini and a light bracelet. The Jannat star kept her straight hair loose and flaunted her natural look. While sharing the picture, she wrote, “Choose Happiness… Today… Tomorrow… Always” with a shining red heart.

Also read: Have A Glimpse At Some Of Sonal Chauhan's Photos From Her Holiday In Goa

As soon as the picture was uploaded, her friends from the industry and her fans complimented her beauty in the comments. Prashant Sawant commented, “Looking superb”. Ashish Bagrecha, Vishal Malhotra and Parull Chaudhry dropped red hearts. Aftab Khan complimented her smile as he wrote, “That smile of yours” with a pair of fire emoticons. Mouni Roy too dropped a pair of fire emoticons. 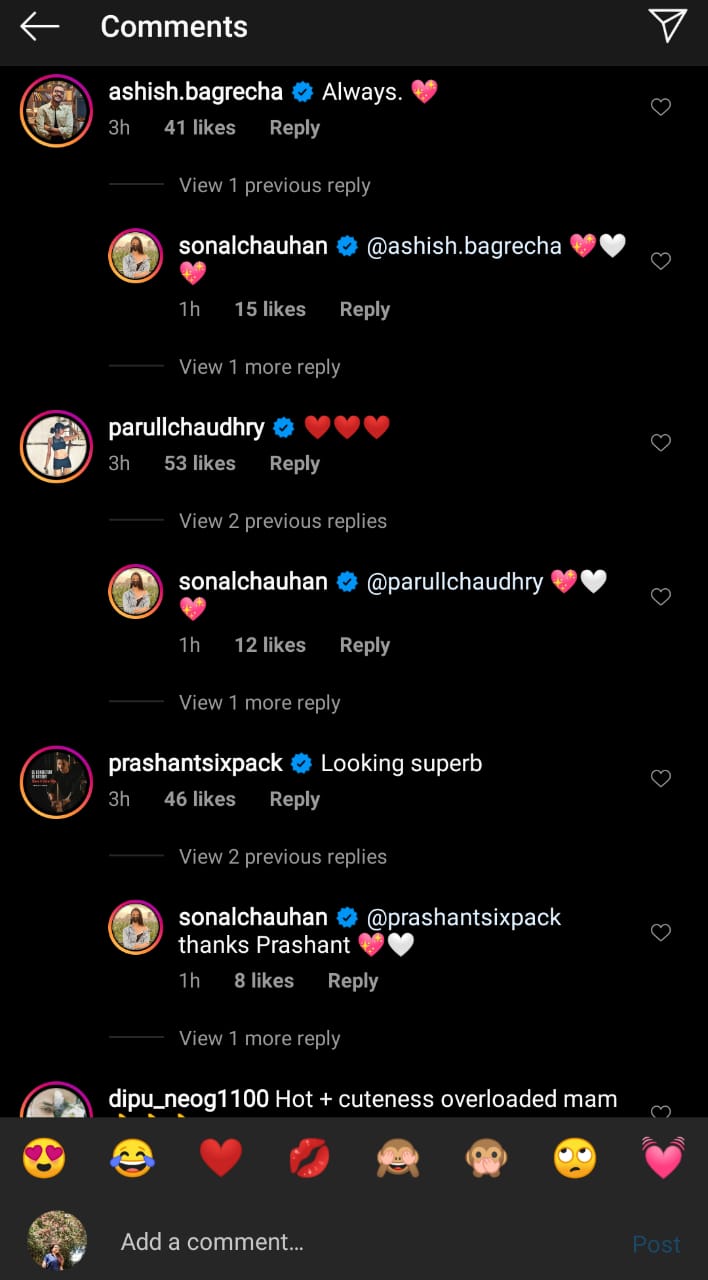 A day ago, Sonal shared a picture from the same day, where she can be seen wearing the same halter-neck bikini. In the picture, she laughed beautifully while playing with her hair. In the caption, Sonal wrote, “Come away with me if you’re not scared of depths”. The picture also included the photo credit to the photographer Stuti Singh. Parakram SJB Rana complimented her, “So prettyyyy” and dropped a heart. Zeba Kohli too dropped a heart-eyed face emoticon.

Also read: Sonal Chauhan Talks About 'Jannat' And Her Career, Stresses On Positivity In Life

Sonal Chauhan entered the Bollywood industry with the 2008 film titled Jannat. In the film, she starred alongside Emraan Hashmi. She has also appeared in films such as Bbuddah… Hoga Tera Baap and 3G. Sonal has worked in Telugu cinema in films such as Legend, Dictator and Sher. The actor has also been crowned Miss World Tourism in the year 2005 at Miri, Malaysia. She is the first Indian to claim the title.