Sonam Kapoor shared a post on her social media page. In the post, one can see her video calling her friends. Check out the image and all other details, here.

Sonam Kapoor, who is on a self-quarantine with her husband Anand Ahuja and his family in Delhi, seems to be missing her family and friends who are in Mumbai. The actor shared an image of her video calling her friends on Monday. In the picture are Sonam Kapoor's best friends- Karishma Karamchandani, Shehla Khan, Rhea Kapoor. Due to the coronavirus outbreak, the entertainment industry has come to standstill, with movie shoots getting pushed to later dates. 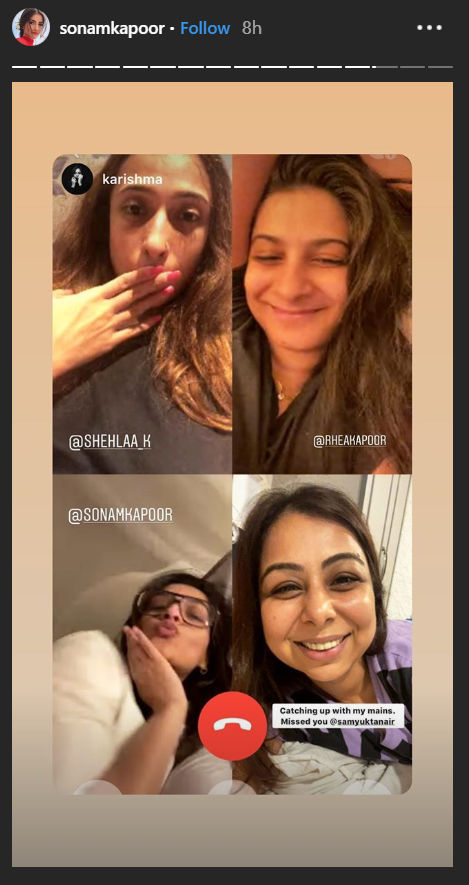 Sonam Kapoor returned from London a few weeks ago with her husband. Ever since her return, the actor and her husband have been on a self-quarantine due to the increasing cases of coronavirus. An avid social media user, Sonam Kapoor is actively spreading awareness on coronavirus and the current situation of the country through her social media.

Recently, the actor posted an official press statement from Maneka Sanjay Gandhi, regarding the health and well-being of stray animals. She wrote: "To whomsoever it concerns please read this. If I could go and feed the stray animals I would. Also my heartfelt request to please allow dog food to be available: they trucks that carry them haven’t been allowed to come through the state borders. It’s my heartfelt request." (sic)