Sonam Kapoor's mother-in-law, Priya Ahuja, posted a beautiful note and photos on the actor's birthday and Sonam reacted to it with an adorable comment. 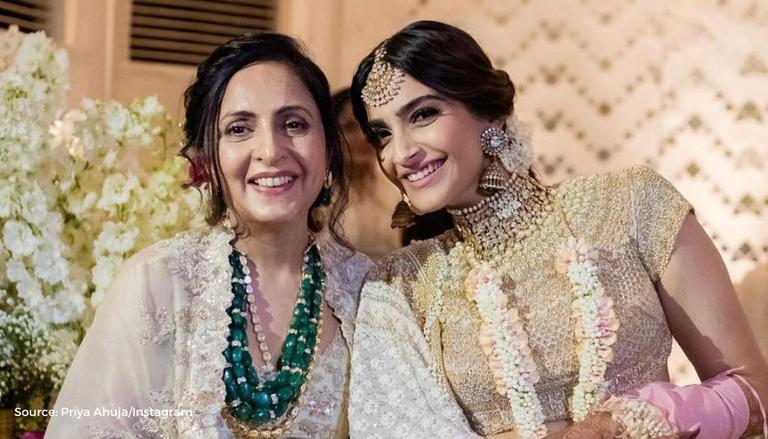 
Sonam Kapoor celebrates her birthday on June 9. This year, the Aisha actor turned 36. Her mother-in-law Priya Ahuja took to Instagram and wished her daughter-in-law on the occasion of her birthday with adorable pictures and a heartfelt note. Sonam replied to the post with an equally adorable comment.

Sonam Kapoor’s mother-in-law Priya Ahuja shared many photos in her post on Instagram. Some of them were of the mother-in-law and daughter-in-law duo sharing beautiful moments together. She also posted some photos of Sonam with her husband Anand Ahuja and also with Priya’s younger son Anant Ahuja. Along with the photos, Priya wrote, “Happy Birthday to our most adorable, beautiful, ever-smiling Sonam beta. Just as you brighten our days with love and laughter, may each and every moment of your special day be filled with the same joy and happiness.”

Priya Ahuja also gave her blessing to Sonam and expressed how much she misses her son and her daughter-in-law and wrote, “May you have all the love your heart can hold, all the happiness a day can bring, all the blessings a life can unfold. Wishing you a joyful birthday beta with lots and lots of love and blessings. Love you and miss you and @anandahuja a lot.” Sonam Kapoor wrote a very touching reply to the post and said, “Love you so so much mom. I miss home so much. Can’t wait to see you soon.” Sonam Kapoor’s husband, Anand Ahuja also commented, “love it! Miss you mom!” and her mother, Sunita Kapoor commented with heart emojis.

On the occasion of Sonam’s birthday, Anand Ahuja also posted a quirky post on Instagram and shared a photo of the two which can also be seen as his phone’s wallpaper and he wrote, “I know how much you love wallpapers - well you’re the only wallpaper I need! Happy Birthday my forever wallpaper @sonamkapoor ❤️ #EverydayPhenomenal. Sonam’s sister, Rhea Kapoor, also shared many boomerangs with the actor and wrote that Sonam is her best friend, better half, big sister, and partner in everything small and big, fabulous and silly.