Actor Sonam Kapoor is expecting her first child with husband Anand Ahuja and fans are loving the way, the mom-to-be is flaunting her chic maternity style. 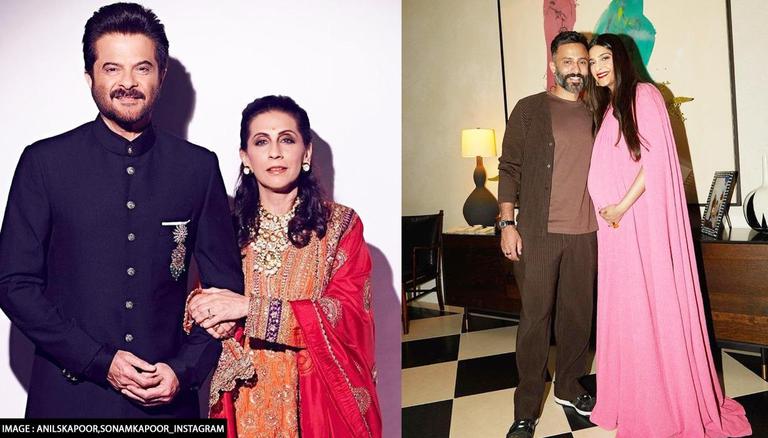 
Bollywood star Sonam Kapoor is expecting her first child with husband Anand Ahuja and fans are loving the way, the mom-to-be is flaunting her chic maternity style. After Sonam hosted a special themed dreamy baby shower in London, Pinkvilla reported that a grand baby shower will be held in Mumbai as well. The diva to have a grand baby shower hosted for her at her maasi (maternal aunt) Kavita Singh’s bungalow Rockdale at Bandra.

For the unversed, this is the same place where the couple had tied the knot and started a new phase of their life. Sonam Kapoor Ahuja who is in the final leg of her third trimester of pregnancy is back at her parents' house. The excitement of the Kapoor clan is next level as they are busy prepping up for the baby shower.

As per the leading daily, this time the baby shower will be of Bohemian-themed one. The mom-to-be has been on the go, doing maternity shoots, going shopping with her sister Rhea Kapoor and yes, Kapoors are planning a big, extravagant baby shower for the mom-to-be. While Sonam is indeed having a gala time in her maternity phase, in an interview with Vogue India, she did talk about the challenges she's facing due to the pregnancy.

As the body of the mother-to-be undergoes massive changes, Sonam disclosed several changes her body is undergoing and said, "No one warns you how difficult it will be, but it will be difficult. Every week, every day, your body evolves, and you have new sensations. I can't sleep sometimes because I have to go to the bathroom, sometimes I'm sleeping for 10-12 hours and no one can wake me up. I am usually an early riser and it was like at 8:30 and I just could not get out of bed".

Earlier, the couple had hosted a special baby shower for friends in London. The baby shower turned out quite special for the Aisha star because of the unique and customized decorations. The baby shower saw customised menus and napkins, and also included individual gifts for the guests.  For the unversed, Sonam surprised fans and followers with the news of her pregnancy on March 21, 2022, as she posted some elegant pictures featuring her baby bump online. She wrote, "Four hands. To raise you the very best we can. Two hearts. That will beat in unison with yours, every step of the way. One family. Who will shower you with love and support? We can’t wait to welcome you."