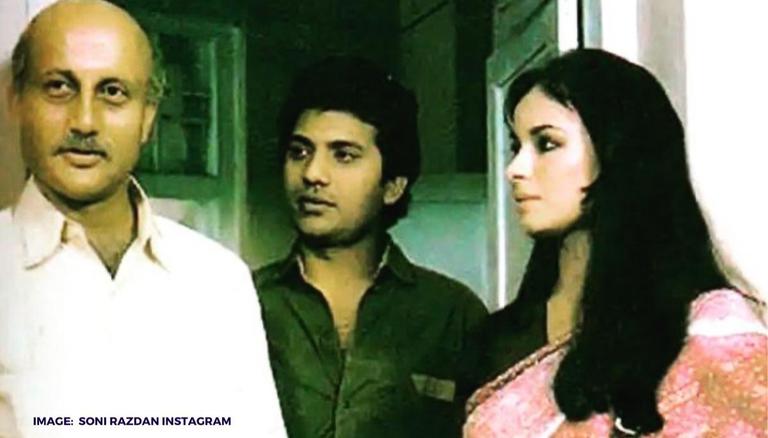 
May 25, 2021, marks the 37th anniversary of the release of the National Film Award-winning 1984 movie Saaransh. The occasion was celebrated by actor Soni Razdan with posters and stills from the movie, which she shared on her Instagram feed. Actor Anupam Kher, who made his debut with the movie also took to his social media account and marked the anniversary with a couple of posts; take a look at them here.

The actor took to her Instagram feed on Monday, May 24, 2021, to share a still from the movie. It was directed by Mahesh Bhatt and produced by Rajshri Productions, marking Razdan’s fourth movie appearance.

She wrote along with the post, “37 Years of Saaransh!” and added the hashtags #saaransh #longtimeago #moviemaking #actorslife #classicfilms #memoriesforlife. The post has received over 1.9k like after it was shared and a series of comments by fans who are appreciating the movie. Take a look at some of the comments here. 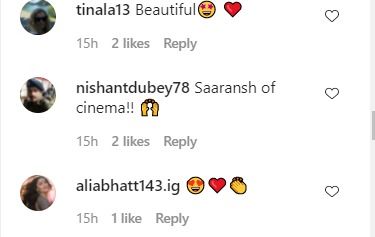 Razdan also shared a poster from the movie on her stories, have a look 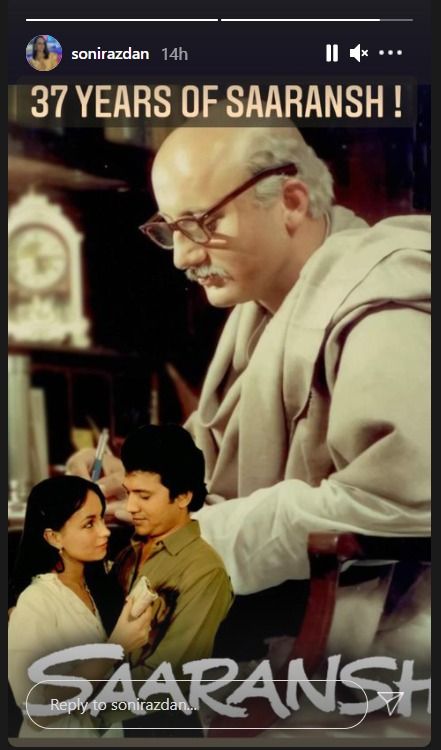 Saaransh was Anupam Kher’s debut film, which released in 1984 and featured the then 28-year-old actor, playing the role of a 65-year-old father, who had just lost his son. The actor took to his Instagram feed, on Monday, May 24, 2021, and shared a video as he recreated an iconic scene from the movie. Kher expressed in the video, how he is often applauded for his work in the movie, even though his life was nothing similar to that of the character, but he was able to inflict the trauma for the scene.

He wrote in a long caption, “My 37th birthday in cinema… My first film #Saaransh completes 37 years today. It was the best debut an actor could dream of. I was 28 playing a 65-year-old teacher named #BVPradhan. Certain scenes are still part of my soul”. Further on, he added that the film holds immense importance in his career and thanked director Mahesh Bhatt and the audiences. “If I am still around it is because #Saaransh was my first film. Thank you #BhattSaab for your faith and courage. Thank you @rajshrifilms for your belief. And most of all thank you my dearest audiences for your trust”.

READ | Soni Razdan shares statistics of vaccination in India, prays for a 'miracle' amid shortage