Sonu Ke Titu Ki Sweety shooting locations have been a topic of intrigue since the release of the film. Read on to know more about them.

So, Where was Sonu Ke Titu Ki Sweety filmed?

As is known to many, Sonu Ke Titu Ki Sweety was filmed in several metropolitan regions in India, one of which being Delhi itself. Many key sequences featuring the leads, including the sequence which sees some of the film's characters, including that of Nushrratt Bharuccha, were filmed at a Delhi-based airport. The same was also pointed out by a Twitter user who was allegedly working there at the time of the filming of the sequence during one of the #AskNushrat sessions held by the actor on the micro-blogging site. The same, along with a still from one of the scenes of the film that was shot in the Indian capital can be seen below.

READ | Where is 'Fort Dobbs' filmed? Know all the shooting locations of the movie here 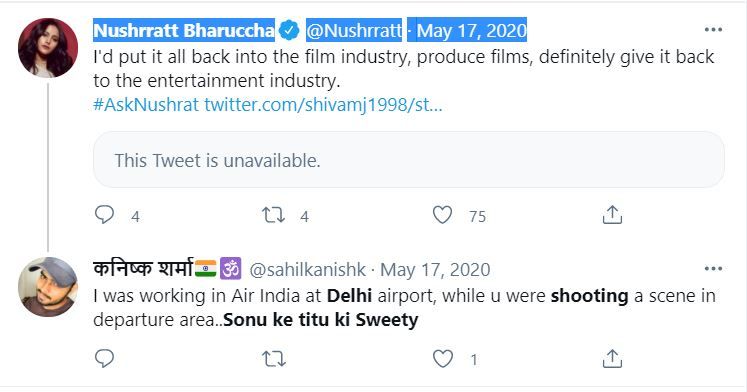 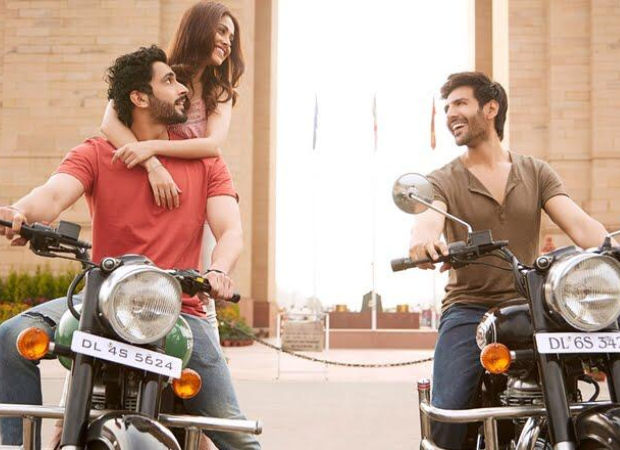 Source: Nushrratt Bharuccha's Twitter and a still from the movie

The suburban area of Mumbai also served as one of the Sonu Ke Titu Ki Sweety filming locations. It is believed that Mumbai is where most of the song sequences of the movie, such as those featuring music numbers such as "Dil Chori" and "Chhote Chhote Peg" have been filmed. In addition to that, some of the in-house scenes have been filmed in Mumbai itself as well. More details regarding all the parts of the film that were shot in Mumbai are awaited.

READ | Where is 'Westworld' filmed? List of filming locations of the series

READ | Where was 'Any Which Way You Can' filmed? List of filming locations of the film

Luv Ranjan's hometown, Ghaziabad, much like in his other venture, Jai Mummy Di, makes an appearance in the 2018 blockbuster. Ghaziabad has been home to many sequences of the film that have seen the film's trio spending some quality time with each other. In addition to the same, many scenes that have introduced twists into Sonu Ke Titu Ki Sweety were reportedly filmed in Ghaziabad as well.

READ | Where was 'Tell Me Your Secrets' filmed? Let's take a look at the show's filming locations

It is a known fact that the city of Rishikesh also ended up serving as one of the filming locations for the feature presentation. The lead cast members of the film had made headlines back in the day for going river rafting in order to reach the Rishikesh-based location of their song "Subah Subah". The song sequence can be found below.

Certain sequences of Sonu Ke Titu Ki Sweety showcase foreign lands, which, as per a report on Agenda.Ge, were the locales of Georgia, USA. The report even claimed that close of 5-6 crore Indian rupees were spent at the time of filming, during which the production crew employed over 120 natives of Georgia. A picture of one of the locales from the state can be found below.