Sonu Sood Gives Tips On How To Make The Perfect Dosa On The Sets Of Film; Watch

Sonu Sood recently shared how he made dosa on his own. He said that people on the set of his films called him even when he didn't have to shoot just to cook.


Actor Sonu Sood shared his secret to making the perfect dosa at home on Instagram on April 12, 2021. He claimed to be "famous" after uploading a video of himself preparing this iconic South Indian delicacy. He can be seen in the video spattering water on a non-stick dosa pan before adding a thin layer of dosa batter with a spatula and proclaiming that preparing dosa is an art and that his dosa is the best dosa ever. In the two-minute video, he joked that actors who learned how to make dosa on set will actually lower production costs and that by doing so, they will be able to get more work in the industry. He began the video by saying that even if one had eaten a lot of dosas over the course of their life, the one he was making was the best dosa ever.

As the video progresses, he can be seen putting chutney on the plate which he calls a special chutney. He said, “It’s a special powder used in the South". Speaking about making dosa on the sets of films, he said, “I am often asked by the makers of my next venture to come on the set on my off days to make dosa for people because of my excellent cooking skills.” He ended the video by saying that one should earn themselves and feed themselves. 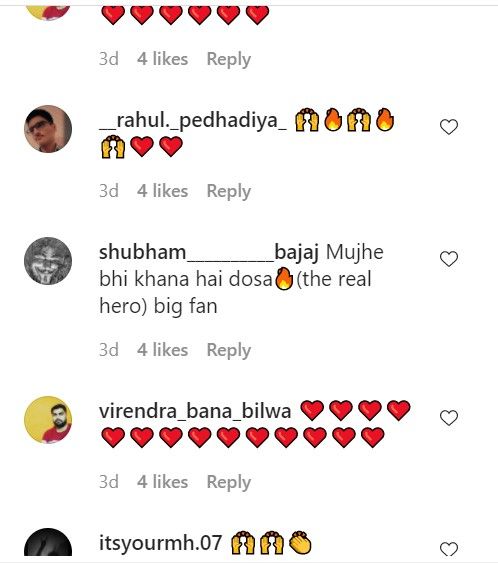 Fans and followers of the actor were thrilled to see their favourite actor cooking dosa and they told him so. Many people commented saying that they wished they could eat the dosa he was preparing too. Others commented saying that he was the real hero who could do everything that was handed to him. Many people commented using emojis that ranged from the heart emoji to the crown emoji. The video has a total of 1.3m views and 3790 comments and still counting.

In the wake of a surge in COVID-19 cases in the second wave of the deadly virus, Sonu Sood's Instagram saw him recently expressing his support for students seeking online board exams or the cancellation of exams. The actor signed the petition to "cancel board exams" and posted a video about it on his social media account. He said, "I request everyone to support students who are forced to appear for offline board exams in these tough times. With the number of cases rising to 145k a day I feel there should be an internal assessment method to promote them rather than risking so many lives. #cancelboardexams2021".

READ | Sonu Sood asks ‘Is This Real?’ after seeing one of his fan-arts; check out here