Sudhaa Chandran says she is touched by CISF's wonderful apology, and further thanked the Government, her industry colleagues & media for supporting the issue. 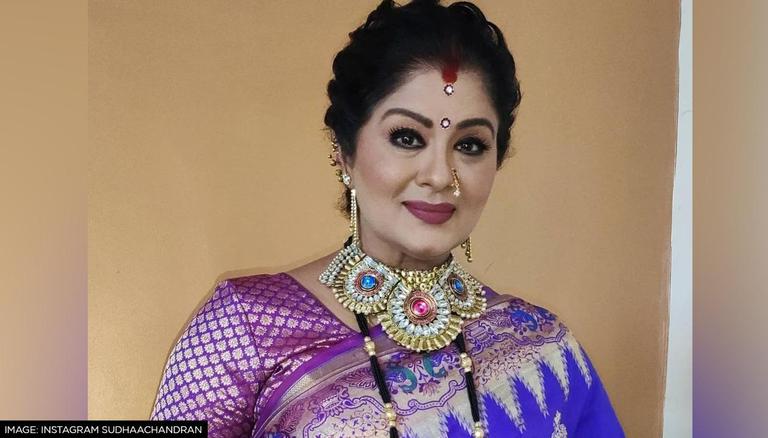 
Actor Sudhaa Chandran has been garnering headlines after she uploaded a video stating her ordeal at the airport, where she was asked to remove her artificial limb. Iterating her ordeal to undergo the same process every time she is travelling for work, she appealed to Prime Minister Narendra Modi and CISF to find a solution.

Her grievances were immediately attended to by the CISF, who took to Twitter and issued an apology, stating they're 'extremely sorry for the inconvenience caused'. Now, Sudhaa Chandran has mentioned that she's 'touched' by CISFs 'wonderful apology and emotions'. In a conversation with Mid Day, Chandran further thanked select politicians, industry colleagues and the media for coming to her aid and supporting the issue.

Mentioning that her anger from yesterday has died down after the heartfelt apologies by the CISF, Sudhaa stated that she met authorities from Hyderabad airport, who assured her of the avoidance of such untoward incidence unless there is an 'extreme situation'. She thanked Mr. Gopal Shetty, an MP from BJP, as well as Mr. Jyotiraditya Scindia for reaching out to her immediately. She also mentioned her ability to forge relations within the industry in a span of 30 years, with her colleagues 'constantly tweeting to Narendra Modi ji'.

Lauding the Central government's swift response, she lastly thanked the media personnel for 'raising and supporting this issue'. She concluded by mentioning that the Mumbai CISF visited her residence, however, she couldn't meet them since she was in Hyderabad.

After the actor's grievance video went viral, the CISF issued an apology and further stated that the protocol in place mentions that prosthetics must be removed at security checks only 'under exceptional circumstances'. They also promised to examine "why the lady personnel concerned requested Ms. Sudhaa Chandran to remove the prosthetics". They also assured Chandran that personnel at the airport would be "sensitised again on the protocols so that no inconvenience is caused to travelling passengers".

For the unversed, Sudhaa Chandran is a popular face in Indian films and Television shows. Also an accomplished  Bharatanatyam dancer, Chandran is a recipient of the National Film Award for her performance in the Telugu film Mayuri.

READ | CISF issues apology to Sudhaa Chandran for her ill-experience at airport; Read