Suniel Shetty 'shocked Beyond Belief' On Sidharth Shukla's Death; 'This Was No Age To Go'

Sidharth Shukla's death has been mourned by the entire film fraternity. Here is how Suniel Shetty expressed shock at the actor's sudden demise on Thursday. 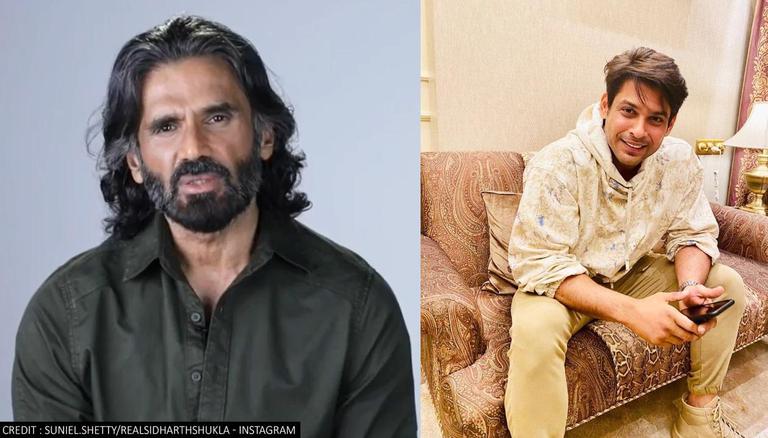 
Actor Sidharth Shukla's death has taken the entire entertainment industry by utter dismay. The Bigg Boss 13 winner took his last breath on Thursday morning, post which he was rushed to a Mumbai hospital and declared dead. The 40-year-old suffered a massive heart attack. Several notable celebrities like Aliaa Bhatt, Vicky Kaushal, Sidharth Malhotra, Madhuri Dixit among others have been pouring in condolences for the star. Suniel Shetty also took to his Twitter account expressing shock at his demise adding that "this was no age to go".

Several celebrities have taken to their social media accounts mentioning that the star went away "too soon" as they remain in utter disbelief and shock of the situation. Taking to his Twitter account, the Bollywood star mentioned that he is shocked beyond belief and this was no age for the actor's death. "Shocked beyond belief at this news!! This was no age to go Sidharth! May God give strength to the family #SidharthShukla".

Shocked beyond belief at this news!! This was no age to go Sidharth! May God give strength to the family 🙏#SidharthShukla

Varun Dhawan also mentioned how Sidharth Shukla touched many hearts with his personality. Sharing a photo from the film's promotions, he wrote, "Rip brother. u are loved by so many and u touched so many with ur kind heart and beautiful personality. Today heaven has gained a star and we have lost one. My deepest condolences to the family and loved ones.".

He embarked on his career in showbiz as a model and made his acting debut with a lead role in the television show Babul Ka Aangann Chootey Na, later starring in Jaane Pehchaane Se... Ye Ajnabbi, Love U Zindagi. His widespread recognition came after his popular role in the show Balika Vadhu. He also switched to truing out various reality shows, including Jhalak Dikhhla Jaa and Fear Factor: Khatron Ke Khiladi 7 apart from being the winner of Bigg Boss 13.

The actor who is survived by his mother and two sisters was last seen in the show Broken But Beautiful 3.