Sunny Singh On His Chemistry With Adipurush Co-star Prabhas; 'He's Like An Elder Brother'

Sunny Singh recently showered praises on his 'Adipurush' co-star Prabhas, mentioning that despite being a superstar, he is 'very simple' and 'humble'. Read on. 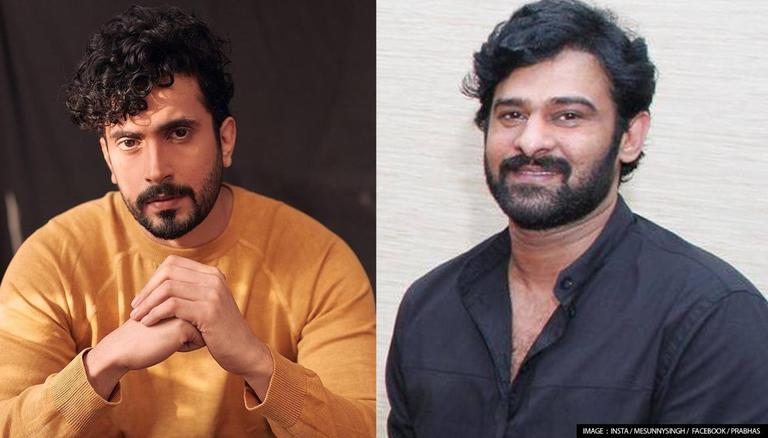 
Sunny Singh is gearing up for Om Raut's upcoming mythological drama Adipurush, which also stars south superstar Prabhas as the eponymous character. Calling it his 'most-awaited film', Sunny added that he is grateful to have bagged the chance to work alongside a star-studded cast, which also includes Kriti Sanon and Saif Ali Khan. In a recent conversation with Hindustan Times, the actor also shed light on his on and off screen chemistry with Prabhas, who Sunny considers his 'elder brother'.

He added that despite being a superstar of that stature, Prabhas is very simple. Stating that Prabhas doesn't think of himself as a superstar, Sunny also revealed that he is humble and keeps sending across food. One can always find four to five varieties of food in his vanity, Singh mentioned.

The Sonu Ke Titu Ki Sweety actor, who clocked his 36th birthday on the sets of Adipurush earlier this month, revealed that he is awaiting the release of his other projects, which have been stuck due to the COVID-19 pandemic. Sunny said that Adipurush's shoot is about to conclude in a couple of days, post which he has three-four films in his kitty. Sunny revealed that he and Kriti Sanon have their 'own vibe' going on, further stating that they draw similarities from their Punjabi roots. He also spoke about the 'intelligent' director Om Raut, adding that he learned so much from him.

On the occasion of Sunny's birthday on October 6, Prabhas took to his Instagram and wrote," ''Happy Birthday bro @mesunnysingh. Had lots of fun with you on the sets. Have a beautiful day'.' To this, Singh thanked him by commenting ''Thank you so much my big brother".

Om Ruat's passion project also stars Devdatta Nage and Vatsal Sheth in supporting roles. The movie is being shot simultaneously in Telugu as well as Hindi and is slated to release on August 11 next year. Touted as one of the most expensive Indian films ever made, it will also be released in 3D in multiple languages.