Mother's Day just got extended for Surveen Chawla's fans as the actress shared a mesmerising picture of hers with daughter Eva. 'Hate Story 2' actress Surveen Chawla was blessed with a baby girl on Friday, April 15. The actress who married businessman Akshay Thakkar two years back in Italy delivered their first child. Sharing the breathtaking picture on Instagram, Surveen wrote: "To love ...I know now.... @butnaturalphotography" [sic]

To love ...I know now.... @butnaturalphotography

Praising the picture, one of the first ones to comment was actress Rubina Dilaik, actor Gaurav Gera, Ayushmann Khurrana's wife Tahira Kashyap and more. Netizens couldn't stop praising the picture. One user wrote: "Strength of motherhood❤️❤️❤️" Read reactions below - 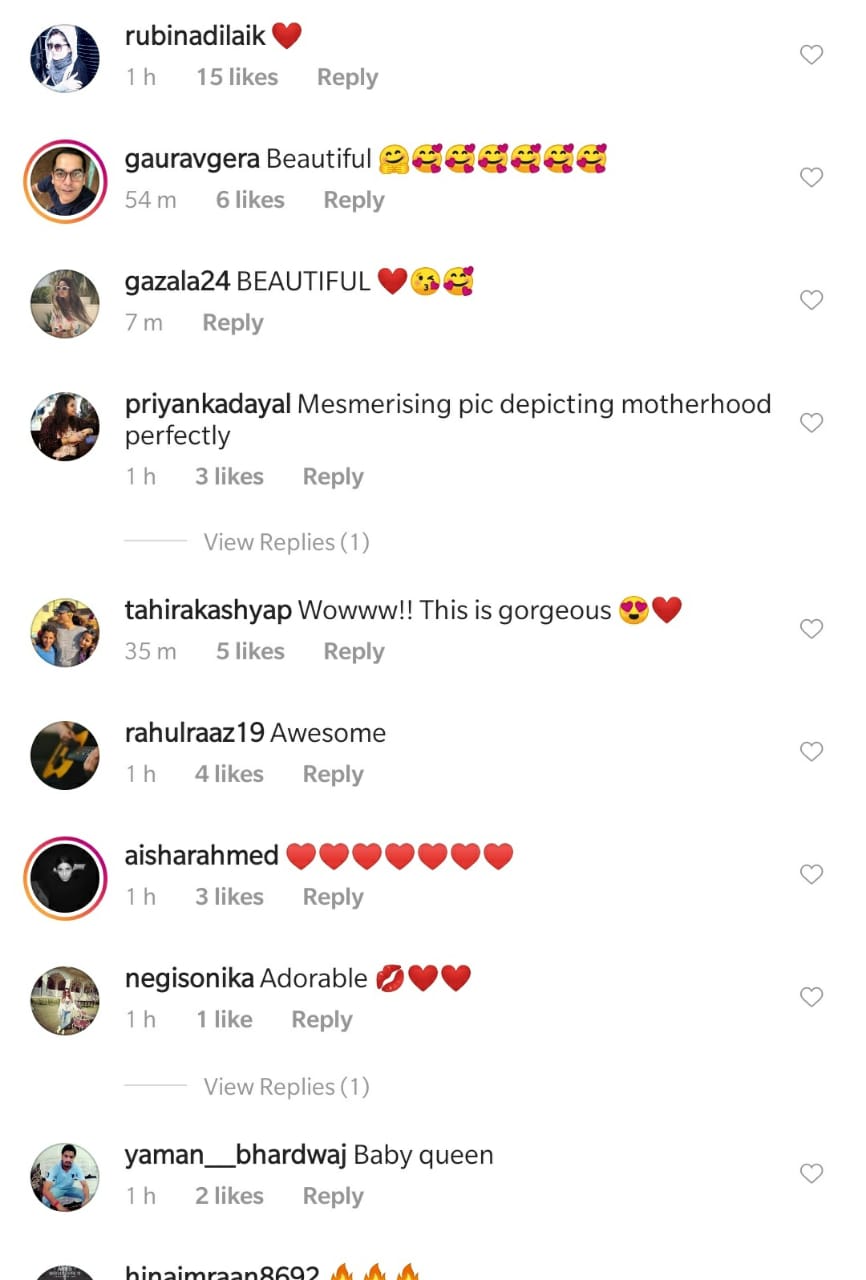 On April 19, Surveen shared a beautiful picture of Eva's feet and wrote on her Instrgram: "We now have her tiny feet to fill the tiny shoes! Blessed by her wonderful arrival in our little family! Welcoming our daughter Eva💝 @akshaythakker"

We now have her tiny feet to fill the tiny shoes! Blessed by her wonderful arrival in our little family! Welcoming our daughter Eva💝 @akshaythakker

Talking to a daily supplement, Surveen said: "The feeling can’t be described in words. It’s something to be experienced. We feel so blessed." According to the reports, she has named her daughter Eva.

Talking about motherhood in one of the interviews, Surveen said: “It’s a beautiful feeling and more so, as it has come completely unexpected for Akshay and me. Suddenly, life has become beautiful. I am looking forward to every step now. Of course, it’s unfamiliar territory, but the only one that comes with a guarantee of being wonderful. Akshay and I feel really blessed!”

Surveen got married to longtime boyfriend Akshay Thakker in Italy in 2015. The two kept their marriage a secret from everyone until December 2017.  Earlier, talking about her pregnancy to the media, Surveen had said, "Honestly, initially, the fear of change engulfed me, but later, the beauty of it all started sinking in. Now, I feel like I am embarking on a new journey and adventure of sorts. I don’t know how many women will tell you the truth, but the reality is that motherhood is a slow, gradual process. Motherly instincts are not born out of nowhere. Motherhood, to me, is a feeling that grows on you, with the growing life inside you. I think just the fact that women are designed to grow a whole being inside them is a far more superior feeling.”