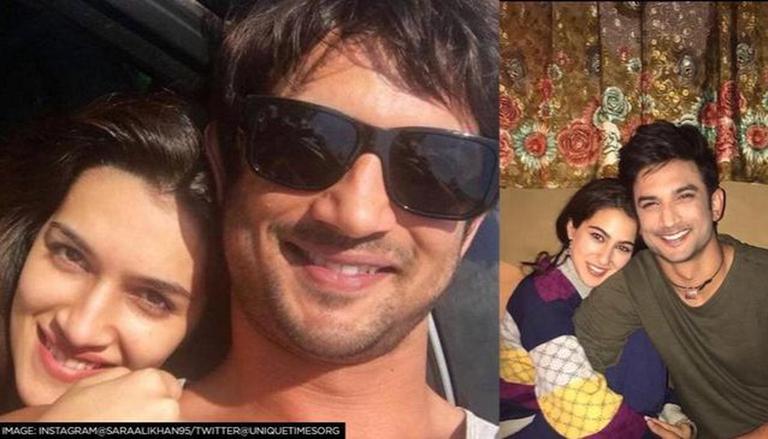 
Sushant Singh Rajput breathed his last on June 14, 2020, in his apartment in Mumbai. The actor, who charmed his way into the hearts of the audience through his work on the screen, left behind a profound legacy and beautiful memories for fans and his loved ones.

On the day of the late actor's second death anniversary, his co-stars namely Sara Ali Khan, Kriti Sanon and Sanjana Sanghi paid a meaningful tribute to him. Kedarnath director Abhishek Kapoor also remembered the late actor with a sweet post.

Sara Ali Khan, who entered Bollywood in 2018 through the film Kedarnath also starring Sushant Singh Rajput, shared a heartwarming post for the late actor. She credited him for accompanying her on her many firsts in the industry. ''From facing the camera for the first time to seeing Jupiter and the Moon through your telescope - so many firsts have happened because of you. Thank you for giving me all those moments and memories,'' she wrote.

READ | As 'Raabta' turns 5, Kriti Sanon says 'glad to have walked it with Sushant Singh Rajput'

''Today on Full Moon night when I look up at the sky I know you’ll be up there amongst your favourite stars and constellations, shining bright. Now and forever.#JaiBholenath,'' Sara Ali Khan wrote in Sushant Singh Rajput's memory, throwing light on his love for the extra-terrestrial bodies.

On the other hand, Kedarnath director Abhishek Kapoor shared a picture from the sets of the film with the late actor and wrote, ''2 years today. Always in our hearts #SushantSinghRajput #superstar''. Kriti Sanon, who worked with Rajput in the 2017 romantic drama film Raabta shared a simple but heartfelt tribute by sharing the song Darasal from the film with a heart emoji.

The late actor's last film was Dil Bechara helmed by Mukesh Chhabra starring debutant Sanjana Sanghi. On his second death anniversary, Sanghi shared a snap from the movie and wrote, ''We miss you''. Rajkummar Rao, who worked with the late actor on his debut film Kai Po Che in 2013, also shared a picture of Sushant Singh Rajput with a heart emoji. 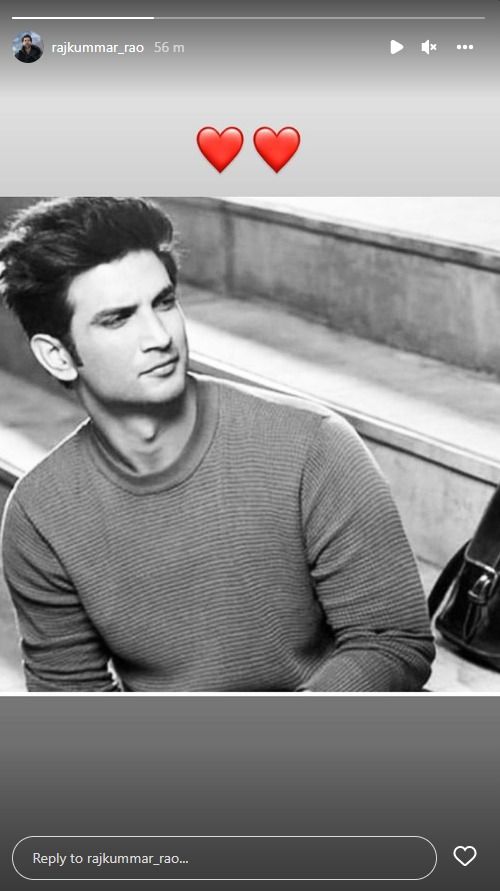 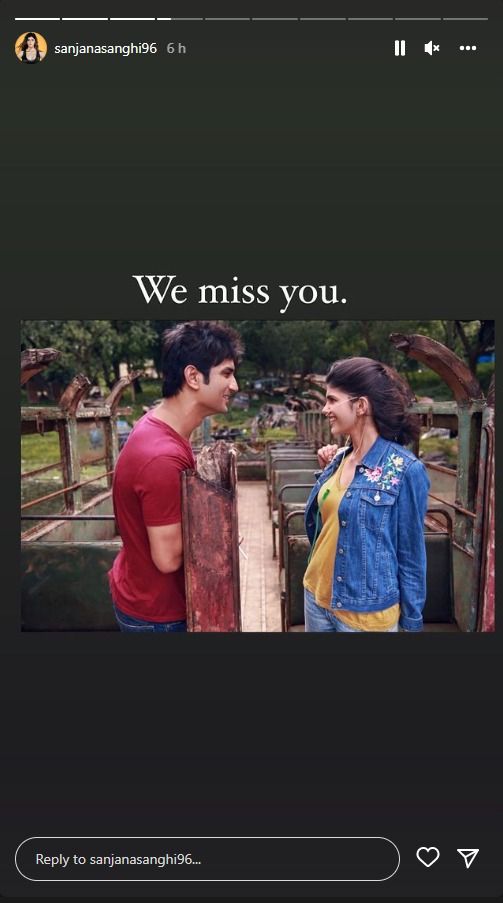 Bhumi Pednekar also remembered Rajput by sharing a sweet fan edit video compilation of the two together. She also shared a rare picture of the late actor from the sets of their 2019 film Sonchiriya.