Remembering Sushant Singh Rajput on his death anniversary, his sister Shweta Singh Kirti shared a heartfelt post and hailed him for his virtues. 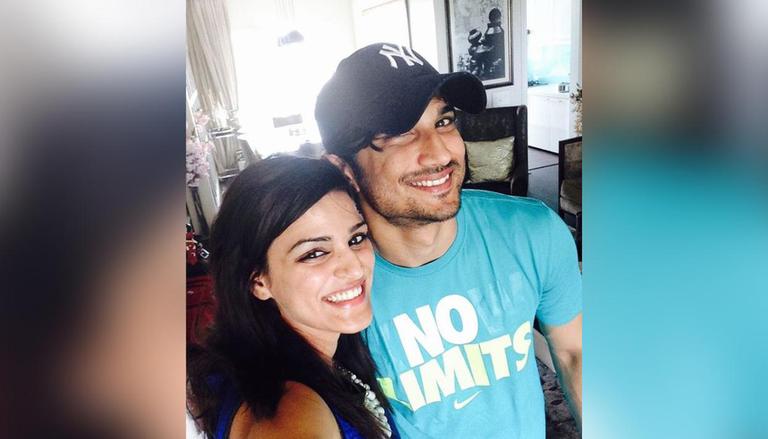 
Sushant Singh Rajput is being remembered by his numerous fans, well-wishers and family members on his second death anniversary today, June 14. The actor was found dead in the bedroom of his Mumbai apartment on this day in 2020, sending the entire nation in a state of shock. Paying tribute to the Kai Po Che actor, his sister Shweta Singh Kirti penned a heartfelt note, hailing him for his virtues.

Dropping a candid glimpse of Sushant with a kid, Shweta mentioned how he has become immortal with the values he stood for and has changed the world for the better with his presence. She also urged everyone to light a lamp and perform a selfless action for someone to celebrate Sushant's second death anniversary.

Taking to her Instagram handle on Tuesday, June 14, Shweta Singh dropped a throwback glimpse of the actor and wrote, "It has been 2 years since you left your mortal abode, Bhai, but you have become immortal because of the values you stood for."

She continued, "Kindness, compassion and love for all were your virtues. You wanted to do so much for so many. We shall continue to model after your wonderful virtues and ideals in your honour. Bhai, you have changed the world for the better and will continue to do so even in your absence." She concluded her note by stating, "Let us all light a lamp today and perform a selfless action to bring a smile to someone’s face." Take a look.

Responding to her post with fond messages for the actor, fans wrote, "miss you sushant forever life time plz come back," "He is still alive and he will always live in our hearts forever," "Years Without #SushantSinghRajput .The world will always remember you.Miss you forever Sushant." 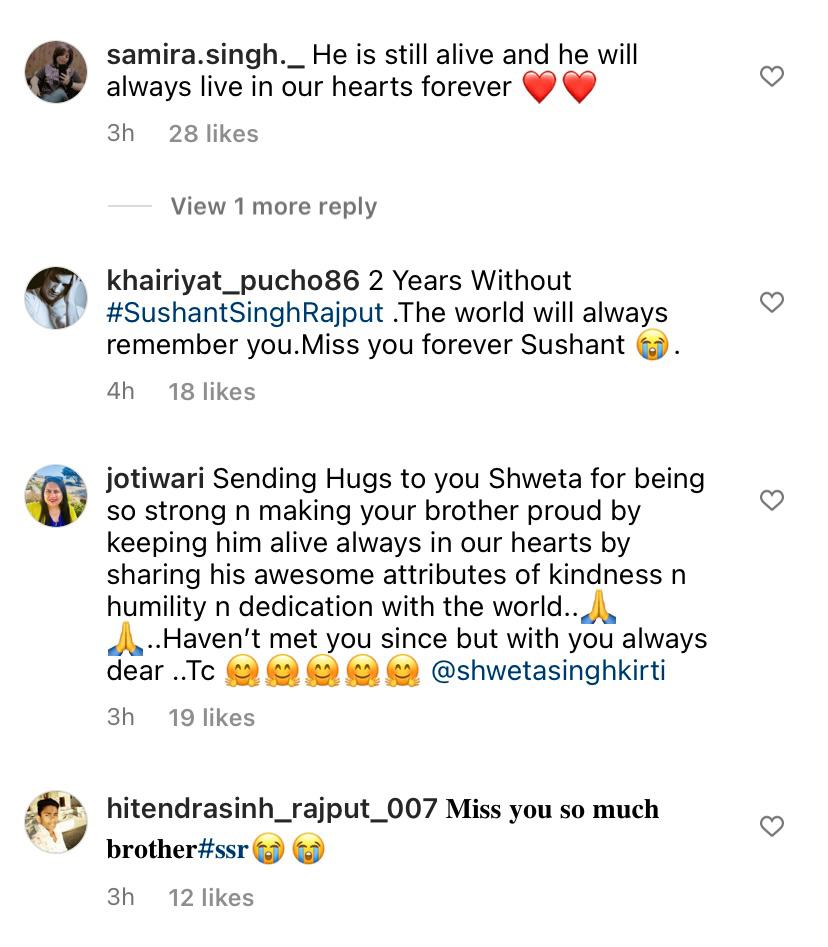 Sushant's career took off with his stint in Ekta Kapoor's popular TV soap Pavitra Rishta, where he took on the role of Manav. He made his Bollywood debut with the 2013 film Kai Po Che and eventually starred in projects like Detective Byomkesh Bakshy, PK, MS Dhoni: The Untold Story, Raabta, and Sonchiriya.