Sushant Singh Rajput's sister Shweta Singh Kirti posted a 'story worth sharing' of SSR 11 months on since his untimely demise in Mumbai. 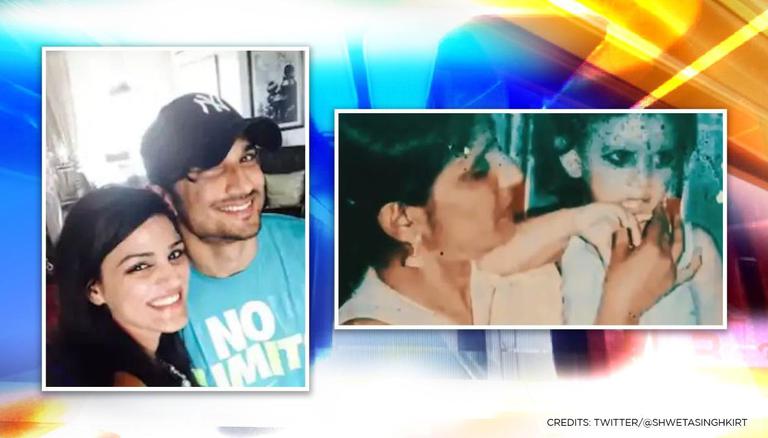 
Sushant Singh Rajput’s fans have continued to honour his legacy in various ways as his untimely death is set to complete a year. Right from pleas to governments and ministers, to social welfare initiatives, hashtags, or marking love through his songs, videos, ‘SSRians’ have been active since the unfortunate event. The late actor’s sister recently supported one such tribute post on the completion of 11 months of his death and termed it as the ‘story worth sharing.’

Shweta Singh Kirti posted a fan-made video of SSR, where the actor has spoken about his ‘story worth sharing’ that his mother had asked to embark on. The video also features numerous initiatives led by his fans, seeking ‘justice’ for his death, and all social causes like ‘Sushant For Education’, ‘Sushant Earth Day’ to the recent ones related to COVID-19, urging citizens to 'Mask U 4 SSR' and even leading initiatives for oxygen supply, COVID-19 helpline and more. Many other heartbreaking posts of his sisters, including those of Priyanka and Meetu, where they have opened up on missing him and recalling fond memories of him with heartwarming pictures are also a part of the video.

Reacting to the video, Shweta called the Chhichhore star as her ‘bhai’ and her ‘pride’ and that the 'meaning of forever' was him. She also used the hashtag ‘Era of Sushat Singh Rajput’. Numerous philosophical quotes of SSR were also a part of the video, one which Shweta posted to send a strong message to the detractors.

Sushant was found dead at his residence in Mumbai on June 14. After it was termed as a ‘suicide’ by Mumbai Police, the Central Bureau of Investigtion took charge of the case, amid pleas by fans on alleged foul play, and Bihar Police, that had registered the case on his father's complaint against Rhea Chakraborty, backing it in the Supreme Court. The CBI has not given any major update on the details of investigation in the case.