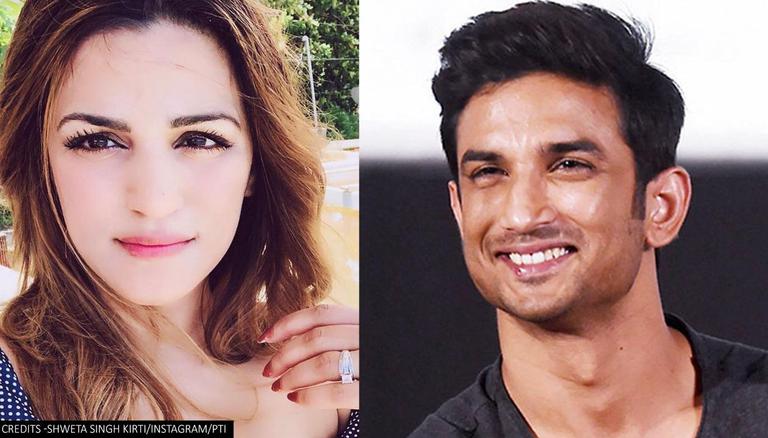 
Late actor Sushant Singh Rajput’s sister Shweta Singh Kirti, who is often seen sharing some blissful memories of the actor, recently thanked a fan for her tribute to Sushant. One of Kedarnath’s fans took to Twitter and offered her tribute with a beautiful sketch of the actor while penning her emotions. The fan named Shruti tried to spread some ‘love’ and ‘healing’ through her work. Shweta who was amazed by the beautiful gesture was prompt to send her wishes across to Shruti and wrote how the ‘"ketch almost felt alive" to her.

Sending her love to Shweta, Shruti wrote, “To @shwetasinghkirt, you are humble, affectionate, understanding, patient, peaceful, composed, considerate, balanced, loving, joyous &find love in little things. This makes you; well you. So to healing & spreading love - from Shruti @itsSSR @vikirti #JusticeForSushantSinghRajput.” Shweta on the other hand thanked Shruti for the beautiful gesture and responded, “You are so talented @shrutimdoc and you have done a great job... the sketch almost feels alive. Thank You for all the kind words.”

Shweta who spent all of the month of June in a solitary retreat in the mountains had previously opened up about her journey. Post Sushant Singh's demise on June 14 last year, Shweta wanted to spend time cherishing his memories on his first death anniversary. She took to Twitter and gave a glimpse of her journey while describing her "soulful’ experience of the one-month retreat." She had earlier shared a video showing how she managed to live in a forest in the mountains while recalling the memories of her brother. “I had a soulful experience during my one-month solitary retreat and thought to document and share it with you all. It is difficult to express in words the surreal experience I had, but here is a small effort to put it in perspective (sic),” she wrote.

You are so talented @shrutimdoc and you have done a great job... the sketch almost feels alive. ❤️ Thank You for all the kind words 🙏 https://t.co/qIvSeOxwZa

Sushant Singh Rajput, who was last seen in National Award-winning Chhichore, was found dead in his apartment in Mumbai on June 14, 2020. Early investigations by the Mumbai Police claimed that he had died by suicide, but numerous inconsistencies were then found, and following his family filing an FIR, the case was handed over to the CBI. The CBI on June 14, on the first anniversary of Sushant’s death, stated that their investigation had not been closed and that they were still probing all angles.