Sushmita Sen took to her Instagram account on Thursday and shared a picture of herself and the young boy, who she introduced as her godson, Amadeus. 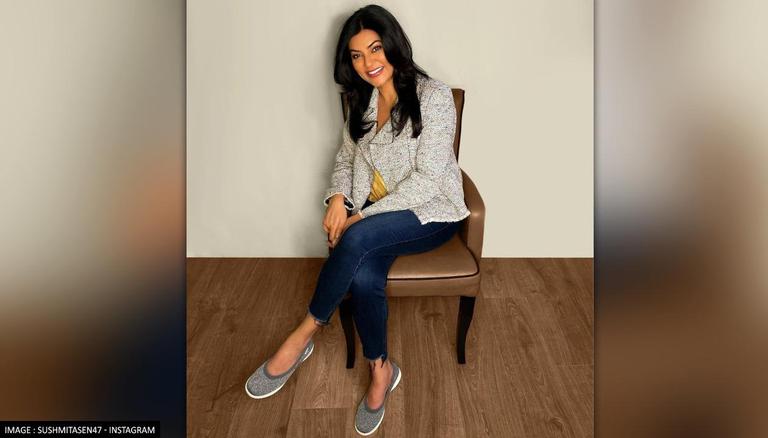 
Sushmita Sen took to her Instagram account on Thursday and reacted to the rumours about her adopting a son, that became the talk of the town on social media.

Uploading a picture of herself and the young boy, she revealed he was her godson, Amadeus. She called it 'random news' as she addressed the rumours in the most hilarious way.

Sushmita Sen addresses rumours about her adopting a son

Sen headed to her Instagram account on Thursday and reacted to the 'random news' about her that has been making the rounds. A picture of the actor with her two daughters, Renee and Alisah, who she adopted in 2000 and 2010 respectively, and a young boy, made its way online and several netizens assumed the actor has adopted another child.

Sen took to social media and shared a picture of herself and the young boy, who she introduced as her godson, Amadeus. She mentioned in the caption that they were 'having a chat' about the 'random news' that has been circulating online. She said, "Having a chat with my godson Amadeus about the random rumours concerning him, going viral in the media... his expression says it all!!! (sic)" The young boy was seen making a goofy face in the picture and Sen wrote, "Picture courtesy: Sreejaya (Amadeus's mom)"

Have a look at Sushmita Sen's Instagram story here 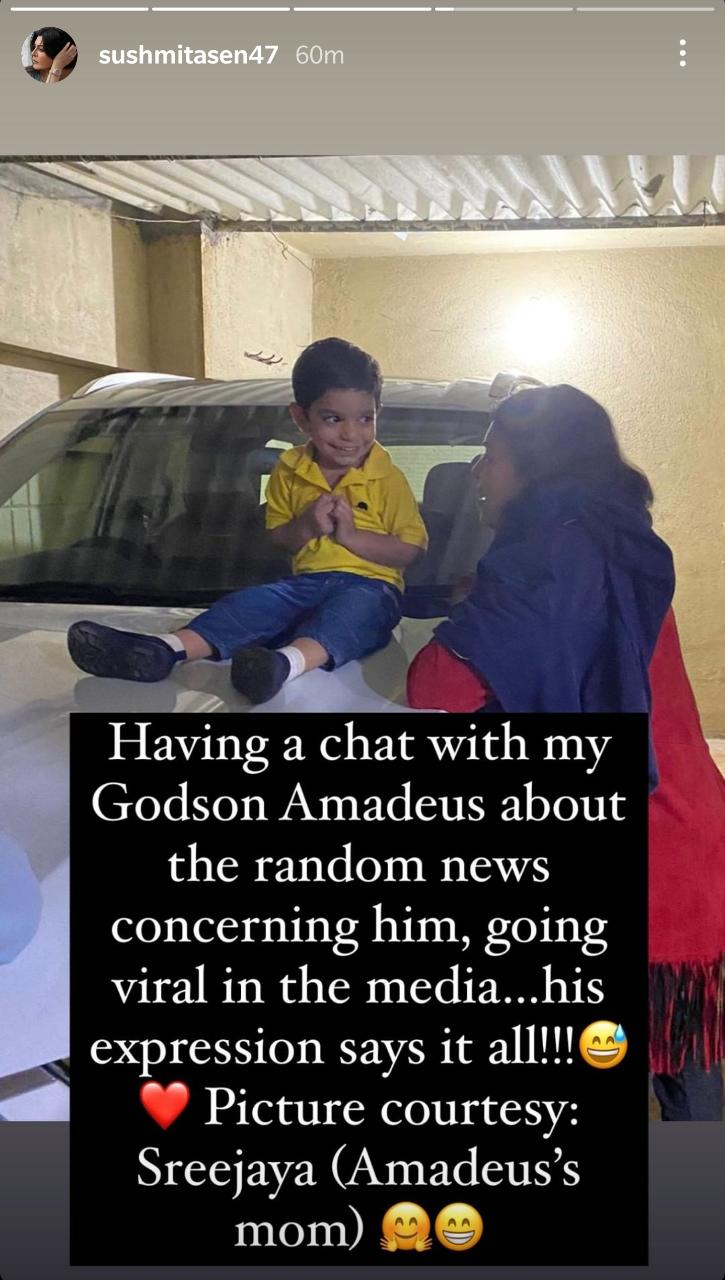 Sushmita Sen gives a peek into her cardio session with daughters

The Aarya actor often shares glimpses into her life with her daughters online and recently gave fans a sneak-peak into her cardio session with them. Sen was seen with Renee and Alisah and the trio seemed to be having the time of their life as they laughed and matched steps together. Her caption read, ''Don’t feel like working out? No problem, let’s dance!!😄💃🏻🎶 Listen to your heart..follow the beat & move to your own rhythm!! (Cardio done 😄👊😉) #mamaspride Alisah & @reneesen47 😍❤️ Thank you for always keeping me on my toes!!!😉😅💋. (sic)"

READ | Sushmita Sen opens up about her breakup with Rohman Shawl; says 'closure is a big thing'

The actor was recently in the news after she confirmed her breakup from her long-time boyfriend Rohman Shawl. She took to social media and shared a picture of the duo together and wrote, "We began as friends, we remain friends!! 🤗👍 The relationship was long over…the love remains!! (sic)"

READ | Sushmita Sen says 'where there's no respect, love has no meaning' post-breakup with Rohman