Sushmita Sen Says 'where There's No Respect, Love Has No Meaning' Post-breakup With Rohman

A few days after Bollywood actor Sushmita Sen announced her separation from her partner Rohman Shawl, she engaged in a live interactive session with her fans 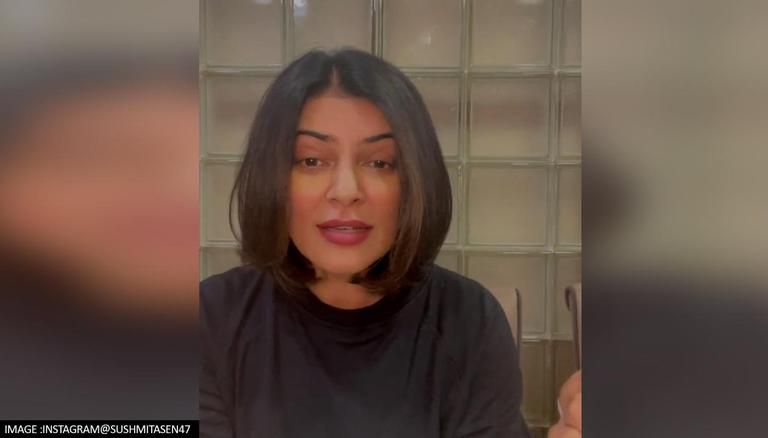 
A few days after Bollywood actor Sushmita Sen announced her separation from her partner Rohman Shawl, she engaged in a live interactive session with her fans and followers. The actor got candid on how she perceives love. She was also joined by her daughters- Renee and Alisah. During the live session, she also flaunted her new look, where she was seen in a short bob. She donned an all-black outfit.

Sushmita Sen on how she perceives love

Taking to the photo-sharing site, the Aarya star did a live session with fans where one of her fans asked, "What respect means to you?" Responding to this, Sen stated that she values respect more than love. She said, "Respect means everything to me. I put that (respect) above love any day! Because love is something you feel with great intensity and you fall out with the same intensity. There is the movie business and books that take you on a journey of very unrealistic love, where there are no responsibilities and problems."

Sen was in a relationship with Shawl for over three years. It was only recently, she announced that she and Shawl parted ways in December 2021. She posted a picture featuring herself and her former partner and wrote, "We began as friends, we remain friends!! The relationship was long over…the love remains!!"

During her conversation, another fan also asked what keeps her motivated. Sen was quick to respond, "If you don’t keep yourself motivated, nobody in the world can't. I watch inspiring people, watch documentary of inspiring people, they are on YouTube. They are mostly unsung heroes, not necessarily people we know. So, when I am least motivated, I go to people like that and listen to them, and something inside me just switches on. They are simple stories of simple people doing extraordinary work. The company we keep, are the people we become. So we should surround ourselves with people like that. And I listen to music."

"Pain is inevitable, but suffering it is a choice. Something I have always stood by, in my life. But running away from pain is also wrong, pain will be there, but don’t suffer. Other thing about life, I love, is the ability to look back, where ever you are now, in you life, in relationship, at work, but when you look back, you have faith, and you keep doing what you are meant to do, that there is a plan, things don’t last, but you have to go along with the voice that comes from within you," the actor continued.