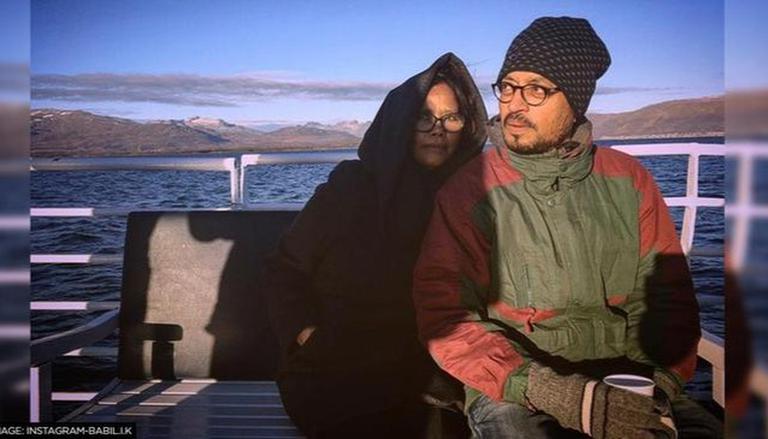 
Late actor Irrfan Khan who once ruled at the box office with his unconventional films, is still remembered by his family and fans. Recently his wife Sutapa Sikdar penned a strong note on Facebook and recalled how she is still facing ‘sleep disorder’ even after a year of late actor’s demise. The note penned by the late actor’s wife comes after Irrfan’s film Qarib Qarib Singlle clocked four years on November 11.

Sutapa reacted to a post by Irrfan that was shared four years back on the social media platform. Irrfan Khan died early last year after a long battle with a neuroendocrine tumour. Irrfan had shared the collage soon after the film’s release in 2017 that showed positive reviews for the film. He had then captioned it as, “The love keeps coming in.” The film marked the Bollywood debut of Parvathy.

Reacting to the post, Sutapa in her emotional note how Facebook has been acting as a ‘memory flood gate’ that eventually shows all long-lost memories and keeps them alive. She even reminisced the time when  Irrfan’s wished to recite Amitabh Bachchan's popular poem ‘Tum Hoti Toh Aisa Hota’ from his film Silsila, but she wrote how ‘some journey abruptly stops.’

“When the sleep disorder still continues even after one and a half years. And FB opens the flood gate of memory a new one each day and Sahir Saab says ‘Tum Hoti Toh Aisa Hota’ as Irrfan really wanted to recite this poetry once somewhere.” Adding, she wrote, “Bachchan Saab's iconic voice had travelled many times in student days and Irrfan used to marvel at it but twenty-five years later Sahir Saab took the lead in Fandom over Bachchan Saab and Irrfan in those late-night conversations would say ‘Yaar muzhe bolna tha yeh… ekbaar (I really want to recite this… once)’ but some journey abruptly stops. And leave you #qaribqaribsinglle Kuch log itne qareeb hote hain ki unke bina bhi woh zindagi mein qareeb hi rehte hain (Some people are so close to you, they remain around you, even when they are not)#irrfan.” Irrfan Khan had passed away in 2020 after a long battle with a neuroendocrine tumour.