Taapsee Pannu shared a picture with her "Diwali gifts" on the sets of her upcoming film 'Rashmi Rocket'. Read on to know more details about it.

Taapsee Pannu took to her social media handle and shared a picture of herself with her ‘Diwali gifts’. The actor is working on her next project, Rashmi Rocket and while on set, her mother and younger sister paid a visit to her. Taapsee looked delighted in the pictures to see her family there and captioned her picture, “Me with my Diwali gifts!” Check out the post below.

As soon as the post went up on social media, a number of fans of the actor left their comments and reactions on the picture. A number of netizens left hearts and kiss emojis on the picture and showered Taapsee with their love. Check out some of the user comments below. 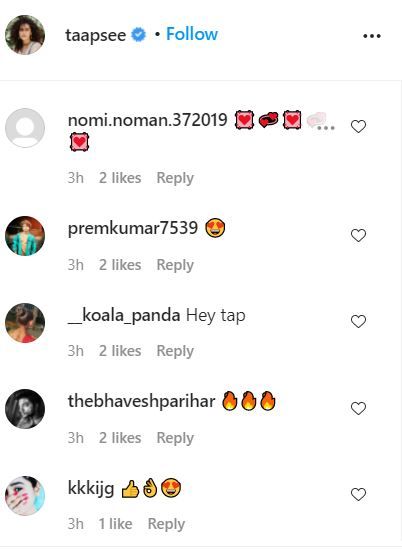 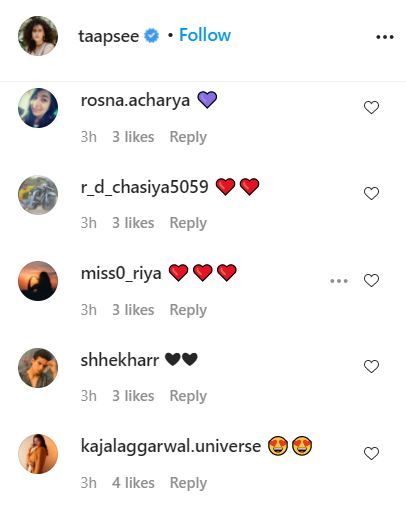 A number of other netizens commented on the picture stating how cute the actor was looking. A few other users commented that the picture with the actor’s family was adorable. Check out some of the comments by netizens below. 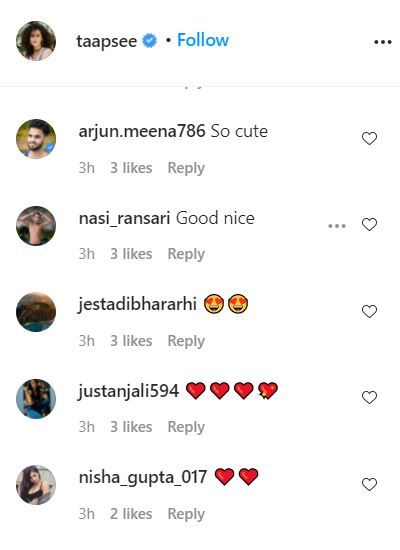 Taapsee also posted a series of pictures of her mother and sister on her Instagram story. The actor captioned the picture, “My reliable and comfortable sofa forever” as she sat on her sister’s lap. Check out the picture below. 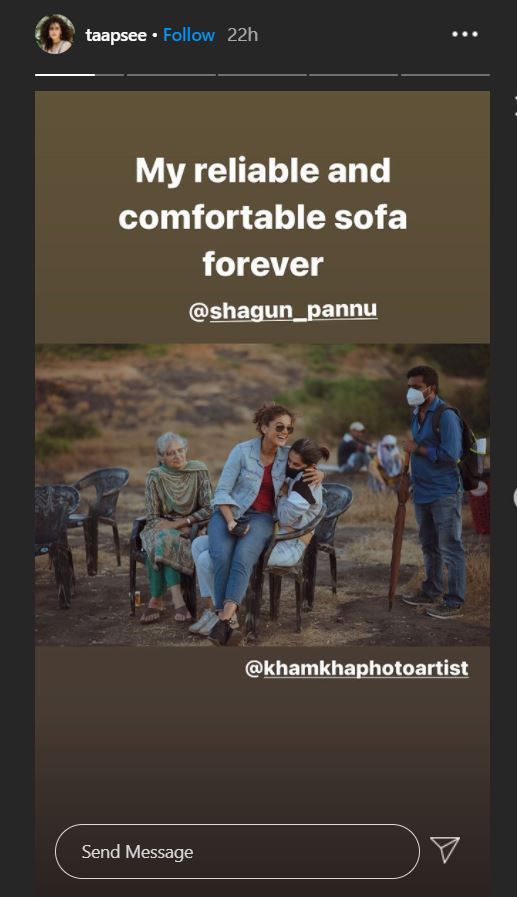 Taapsee posted another picture of her mother in which her mother was seen posing for the camera in a pastel-coloured suit. The actor revealed in the caption of the picture that her mother “loves getting clicked!” She further revealed that it is, “definitely not something I have inherited from her”. Check out the picture below. 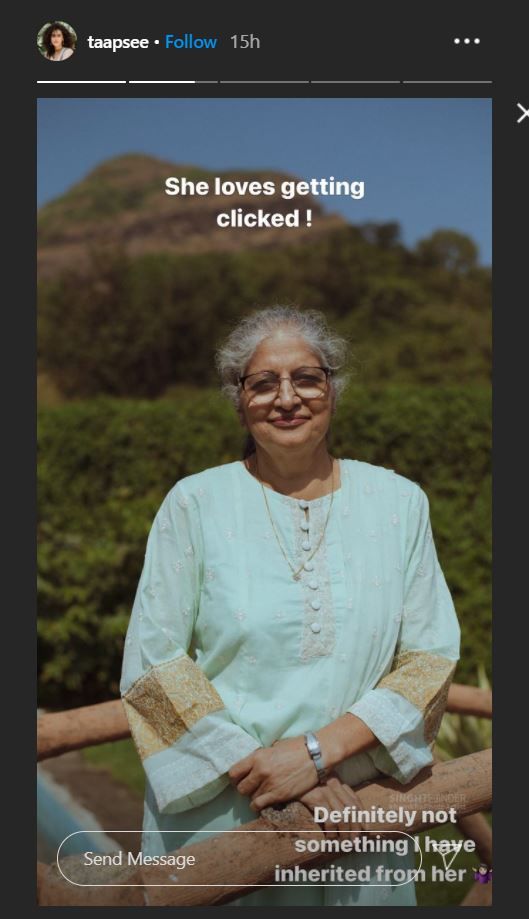 Taapsee Pannu posted another picture where her sister and mother were seen walking towards the camera. The actor captioned the post as, “and my 2 gangsters” where her younger sister, Shagun and mother were captured on camera. Check out the picture below. On the work front, Taapsee Pannu was seen in Anubhav Sinha film, Thappad which released earlier this year. The movie received positive reviews from fans and critics alike. Taapsee Pannu has many films in her kitty which include Haseen Dilruba, in which she would be sharing the screen with Vikrant Massey. Other upcoming films of the actor include Jana Gana Mana and Rashmi Rocket. The films are scheduled to release in the year 2021.

Read Also | 'The Good Place' Filming Location: List Of Locations In LA Where This Show Was Shot