Taking to Instagram, Tahira Kashyap recently posted a video of herself grooving to the beats of Diljit Dosanjh's popular song, 'Vibes'. Watch the video. 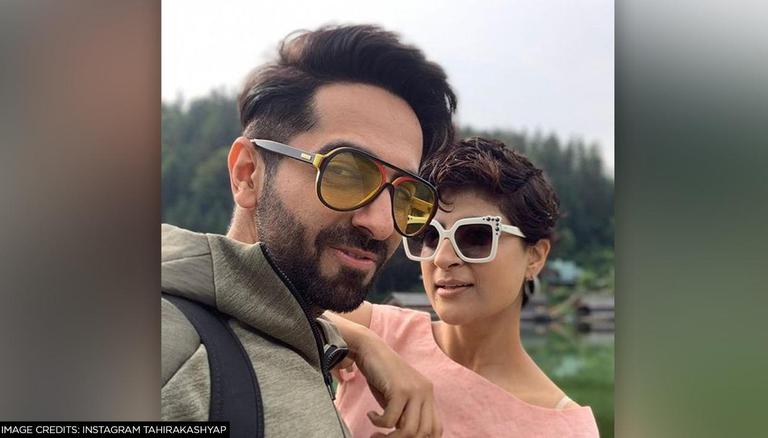 
Tahira Kashyap recently dropped in a crazy video clip of herself and showcased how she goes to work every day. In the video, she could be seen grooving to Diljit Dosanjh’s famous Punjabi song to which she received several interesting comments from her fans as well as some celebrities. Even Tahira Kashyap’s husband, Ayushmann Khurrana had a ‘goofy’ reaction to the post.

Tahira Kashyap ‘making the most of it’

Tahira Kashyap recently took to her official Instagram handle and posted a video clip depicting herself in a cool black and white top along with a pair of black jeans. In the video, she can be seen dancing while walking out of the lift and still continuing to groove during her drive to the office. Further in the video, she even made her office colleagues dance to Diljit Dosanjh’s song, Vibes.

In the caption, she expressed her mood and added how she was making the most of her time. She wrote, “Izza Vibes! Waiting to become wee bit thinner, taller, fairer? For the tan, or the zit to go? For the hair to be longer, shorter, blow dried or coloured? For the perfect weather, light or filter…. Naah now is the time, now is the mood, now is the vibe! Just be. this amazing song @diljitdosanjh (sic).”.

Many celebrities as well as fans took to Tahira Kashyap’s Instagram post and poured in cute messages for her in the comments section. Many fans praised her for how cute she looked in her video while others dropped in heart and heart-eyed emojis to express how amazed they were to watch her dance. Some of them also applauded her performance by adding clapping emojis in the comments. There were a bunch of artists from the entertainment industry who complimented Tahira Kashyap’s performance in her video and showered love onto her. Aparshakti Khurana encouraged her by commenting ‘Bbrrrrruuuaaahhhh’ while Neena Gupta laughed out loud after watching her video. Singer Neeti Mohan stated ‘This vibe is So YOU’ and added a heart emoji next to it. Even Tahira’s husband, Ayushmann Khurrana dropped the cutest comment for her in which he referred to her as a ‘goofball'. Take a look at some of the other reactions to Tahira Kashyap’s latest Instagram video clip. 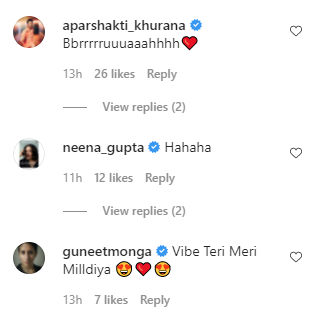 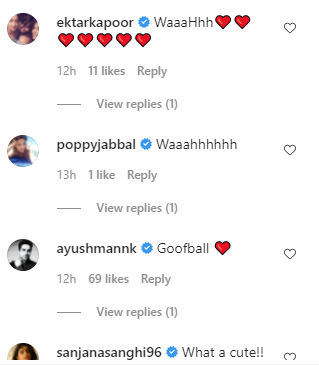 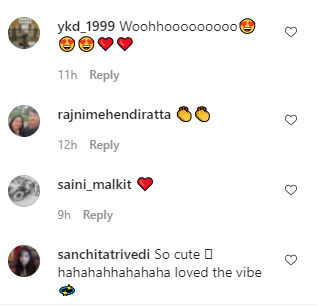