Tanhaji Spotted At The Mumbai Airport Oozing Loads Of Swag!

Tanhaji actor Ajay Devgn was recently spotted outside the airport in a trendy outfit. Read ahead to view pictures and to know more about the upcoming film.

The Tanhaji trailer has just dropped and fans of Ajay Devgn have showered him with praises. The trailer showed a ferocious side of the actor playing the Maratha warrior Tanaji Malusare. Fans were awestruck by the performances by other actors in the movie's trailer as well. Social media conversations show that Ajay Devgan’s fans are eagerly waiting for the release of the film.

Also Read | Tanhaji: How Does The Trailer Compare To The Real History Of Tanaji Malusare?

Tanhaji spotted at the airport oozing loads of swag!

Recently the actor was spotted at the airport. He was seen wearing a simple yet trendy outfit, composing of a grey full-sleeved shirt rolled up to his elbows. He paired the look with a pair of dark denims. The Singham actor was also seen wearing black shades which really complemented his overall style. He also wore a pair of comfortable black shoes. 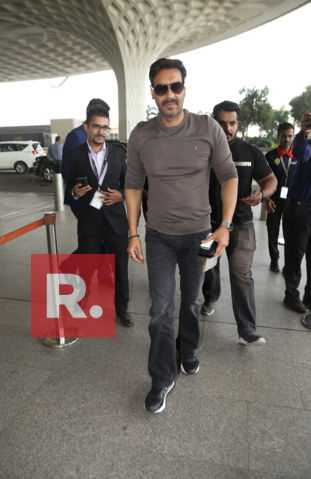 He was seen walking out of a black sedan accompanied by his crew. Several images were taken of the actor while he was walking towards the airport. Many fans were also seen surrounding and trying to get a picture of their favourite actor. Below are the pictures. 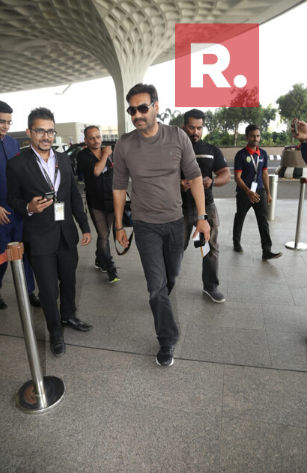 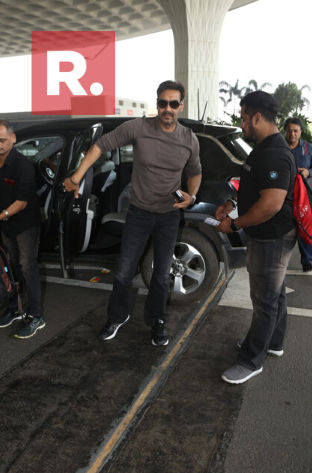 Tanhaji happens to be his 100th film. The movie is based on the legendary Maratha military leader Tanaji Malusare. The trailer of the film received tremendous praise from fans. Apart from Ajay, the cast too received praises for their performances in abundance. Ajay Devgn is cast opposite his wife Kajol in the film, who plays the role of Savitribai Malusare.