Netizens on Twitter have demanded a ban on the show 'The Family Man 2' over its alleged depiction of Tamil Nadu and the Eelam community in a negative light. 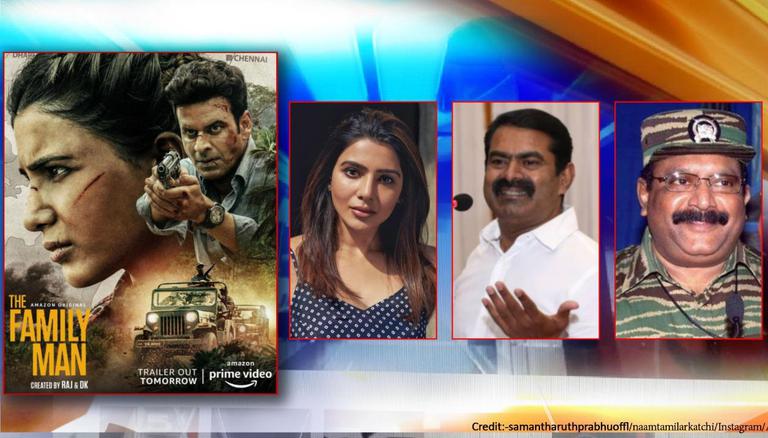 
Protests have erupted in Tamil Nadu demanding a ban on Samantha's debut Hindi web series 'The Family Man 2', which is accused of misrepresenting the Eelam Tamil community in Sri Lanka ​​and the LTTE organisation.

The hit Hindi web series 'The Family Man' starring Manoj Bajpayee will see the protagonist return as Srikant Tiwari in the sequel, along with Priyamani and Samantha in pivotal roles is directed by Raj & DK. It is expected to be released on Amazon Prime soon. The show's trailer which was released recently shows Samantha as a Sri Lankan woman, who also essays the role of an LTTE member and someone with links to Pakistan and other terrorist outfits.

Certain visuals from the trailer have raised grave concern among the show's fans in Tamil Nadu who are anguished over the portrayal of the Tamil Eelam community as terrorists. The day the trailer was released, there were protests on Twitter against the web series. A hashtag was also trending on social media that urged Amazon not to broadcast the series.

It is imperative to note that NTK founder Seeman who is known to have had a great fascination and a personal connection himself with the LLTE has raised strong objection against the show.

In his statement to the media regarding this, the director-turned-politician opined, "The preview of 'The Family Man 2', which has been announced for release on the Amazon Prime website, and the footage featured in it are shocking. It is obvious that the series, which portrays the LTTE as terrorists and seeks to portray Tamil people ​​as violent, is portrayed as such intentionally and the mere thought of broadcasting it is akin to causing violence against the Tamil community.

While it is no coincidence that the plot of the series, which will be released in Hindi, was filmed in Chennai, an Eelam woman is portrayed as a terrorist and the colour of her outfit bears a stark resemblance to that of an LTTE uniform, with reference to the terrorist group's connection with Pakistani ISI.

The attempt to portray Tamil people ​in this work of fiction as terrorists through the web series has been highly condemned, in particular by politicians from Dravidian parties. Seeman also urged the complete abolition of the telecast of this series, which seeks to portray the Tamil Eelam people who are already on the "brink of extinction" as the greatest pains, great wounds and injustices inflicted on society. And the audacity to portray the Tamil people as violent extremists is also reprehensible, he added.

Seeman also warned the makers of the series that if refuse to pay heed to their demand and broadcast The Family Man 2 online, they will face the "worst possible repercussions" if the Tamil people are misrepresented. Notably, there is opposition not only to the web series but also against Samantha who starred in the series. Some have raised banners against the actor for allegedly insulting Tamil people and Tamil identity.