'The Healing Song' is sung by Sid Sriram and is the first song from the Tamil language thriller film 'Netrikann' starring Nayanthara in the lead role. 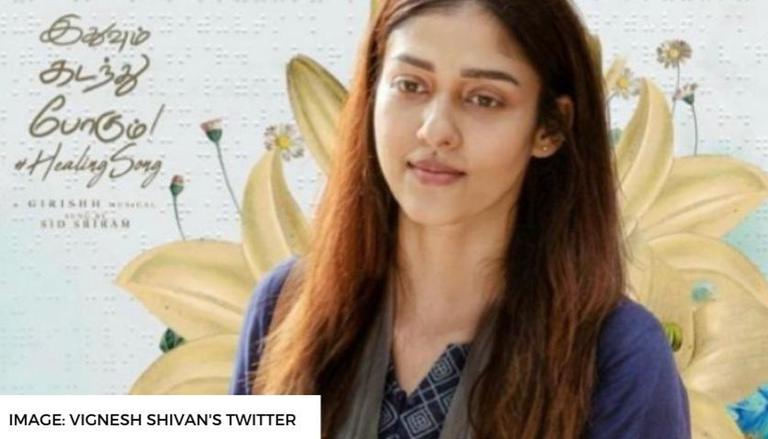 
Nayanthara's new song Idhuvum Kadandhu Pogum from Milind Rau directorial Netrikann is receiving a lot of love from the netizens. The first song from the film, which is also called The Healing Song, is sung by Sid Sriram and the lyrics are written by Karthik Netha. It is composed by Girish G. The song released on June 9, 2021, at 9 am and has received over 82 thousand views in just a few hours.

Nayanthara's new song from her upcoming movie Netrikann features stills of the actor from the film. There are two lyrical videos for the song - one with Tamil lyrics and the other with Romanised lyrics. The song features slambook-like pictures with silhouettes of the frontline helpline workers along with Sid Sriram's video from a recording session. The Healing Song is a song of healing and strength that shows these trying times shall soon pass. The video shows gratitude towards the people who have been actively working to help out the common public in these trying times.

Thank U @ggirishh for this beautiful song😇

Fans on Twitter shared a few stills from the song and expressed their appreciation for the same. Some tweets also mentioned a couple of lines from the song. Fans also trended hashtags to show support for the song.

READ | Will Nayanthara be a part of Ajay Kumar's 'Matru Devo Bhava' remake?

#idhuvumkadandhupogum 🎶
Thanking to all Frontline workers ❤️
Best ever tribute to all peoples who worked day and night for us. The real super heros🙏
This song was released at the right time... @VigneshShivN@sidsriram #nayanthara #LadySuperstar #NetriKann pic.twitter.com/bRgayvZjxL

Netrikann is an upcoming Tamil language revenge thriller film starring Nayanthara in the lead role. In the movie, Nayanthara plays the role of a blind woman. The poster, along with the teaser of the film, features Braille script images throughout. The movie is bankrolled by Vignesh Shivan under his banned Rowdy Pictures. The movie also features Kross Pictures as one of the producers. According to Pinkvilla, the movie is said to be the remake of the South Korean film Blind. Kross Pictures is known for helming Indian remakes of South Korean films, and hence the chances of Netrikann being a remake are high. There is also a buzz that the movie will be released on an OTT platform, owing to the pandemic situation, but there is no official word from the filmmakers yet.