Throwback Thursday | Guess who is this veteran Indian singer who made her singing debut 80 years ago by recording two songs in a studio for a radio program. 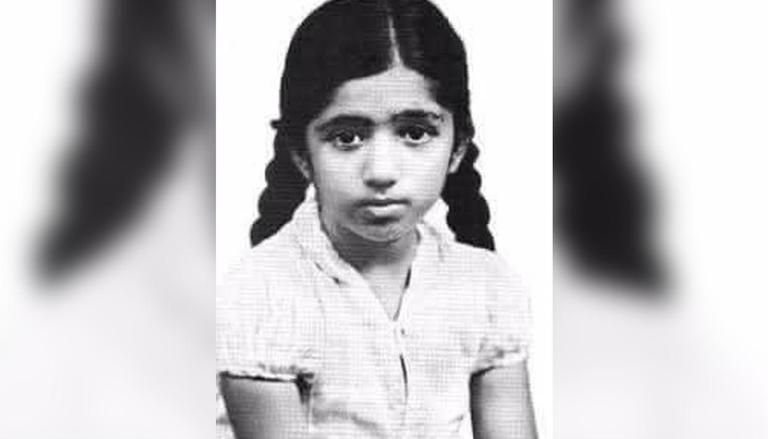 
Legendary singer Lata Mangeshkar, also known as the Nightingale of India, has been winning hearts with her melodious voice for the past 80 years. She is one of the most respected and best known play-back singers in the country. As the veteran artist is also an active social media user, she recently reminisced about her first-ever radio performance, which marked the beginning of her career.

Taking to her social media handle, legendary playback singer Lata Mangeshkar took a ride down her memory lane and shared a decades-old picture of herself. The picture saw a young Lata Mangeshkar sporting two braids while innocence was evident on her face as she looked in the camera. Sharing the monochrome photo, Lata Mangeshkar recollected the memories from December 16, 1941, exactly 80 years ago, when she sang two songs in a studio for a radio. The singer wrote, "16 December 1941 ko, ishwar ka pujya maai aur baba ka ashirwad lekar Maine radio ke liye pehli bar studio me 2 geet gaaye the. Aaj is baat ko 80 saal poore ho rahe hai. In 80 saalo me mujhe janta ka aseem pyaar aur ashirwad mila hai, mujhe vishwas hai ki aapka pyaar, ashirwad mujhe humesha yuhi milta rahega." (On 16 December 1941, I took the blessings of my parents and sang two songs for the first time in a studio for radio. Today, it has been 80 years and in these years, I have received immense love and blessings from the public. I believe you all will keep loving and blessing me forever.)

The veteran singer often reminisces about her younger days and shares them with her fans. Last year, when she recalled her radio debut, she also mentioned that her father was immensely proud of her and was relieved as he was sure about her singing career. Lata Mangeshkar's father, Dinanath Mangeshkar, was a renowned classical singer who trained her in music since her younger days.

Lata Mangeshkar is known as the Nightingale of India for her melodious voice. In the span of eight decades, she has sung thousands of songs in 36 Indian and foreign languages. However, she primarily sings in Hindi and Marathi. In 1989, Lata Mangeskar was conferred with Dadasaheb Phalke award. Later in 2001, the Indian government honoured her with Bharat Ratna, the highest civilian award in the country. Some of her legendary tracks are Aisa Des Hai Mera, Yeh Galiyaan Yeh Chaubara, Tu Kitni Achhi Hai, Ek Pyaar Ka Nagma Hai and many more.

WE RECOMMEND
Lata Mangeshkar wishes Bappi Lahiri on birthday; treats fans with his childhood pics
Asha Bhosle shares throwback monochrome pic of 'Mangeshkar Family'; Can you locate her?
Lata Mangeshkar to avoid birthday celebrations this year; Know why
Lata Mangeshkar's photo with THIS musical legend is making rounds on Internet, guess who?
Legendary singer Asha Bhosle imitates sister Lata Mangeshkar on sets of 'Indian Idol 12'
Listen to the latest songs, only on JioSaavn.com