Throwback Thursday: Where Is Gracy Singh? Here's What 'Lagaan' Actor Has Been Upto

Throwback Thursday: The 2001 musical drama Lagaan revolved around a farmer named Bhuvan accepting a cricket challenge from the British soldiers. 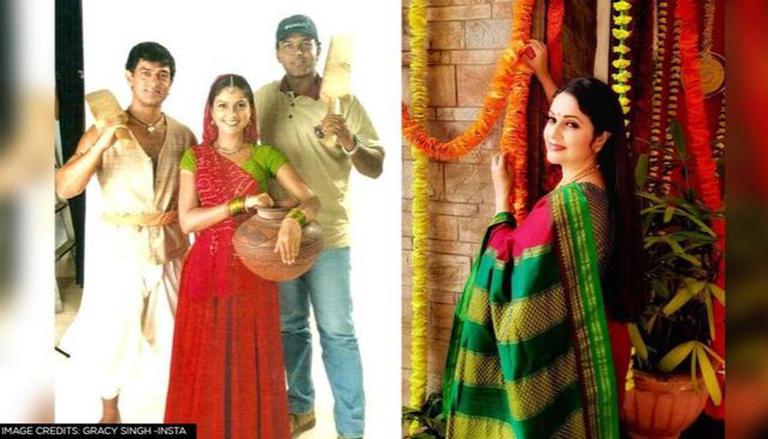 
One of the biggest films of Bollywood in the year 2001, Lagaan depicted the plight of an Indian village under the British accepting a cricket challenge to waive off their taxes for three years. Starring Aamir Khan in the lead role, the movie featured a list of talented actors of the industry with the likes of Suhasini Mulay, Kulbhushan Kharbanda, Rajendra Gupta, Raghubir Yadav and more. Essaying the role of the female lead, actor Gracy Singh made her entry in Bollywood simultaneously making her a household name.

The actor continued to appear in several popular Bollywood films which contributed to her impressive resume. On the occasion of Throwback Thursday, check out what Gracy Singh has been up to nowadays.

Playing the role of Gauri, the actor managed to steal the hearts of millions of Indians with her innocent charm and stellar performance opposite Aamir Khan. According to Rediff.com, the 41-year-old was finalised for the role by the director Ashutosh Gowariker, who believed that Singh was dedicated to the film as a newcomer and demonstrated impressive dancing skills. Actors like Sonali Bendre, Nandita Das, Shamita Shetty, Ameesha Patel and Rani Mukerji were also approached for the role.

Earlier on June 15, Gracy Singh took to her Instagram to commemorate her entry into Bollywood in the film Lagaan. She also celebrated 20 years since her debut in acting and expressed her gratitude to the team of the movie. Sharing throwback images from the sets of the movie, she stated,

''This is where my journey in cinema began. I stood in front of a movie camera & cherished every bit of it. 20yrs since this epic released. Immense gratitude to #ashutoshgowariker #aamirkhan ,entire TeamLagaan. THANKYOU our audience & media for all the love you showered. #20yearsoflagaan #lagaan''

Since her debut in Bollywood, the actor has acted in films like Gangaajal, Hum Aapke Dil Mein Rehte Hain, Wajahh: A Reason to Kill, Dekh Bhai Dekh and Blue Mountains. One of her most famous works remains in the 2004 drama Munna Bhai M.B.B.S. Currently, the actor is essaying the role of Santoshi Maa in the television series Santoshi Maa - Sunayein Vrat Kathayein.