Tiger Shroff Shares His Tired Face After Shoot; Says It Is The Most He Could Smile

Tiger Shroff, who will soon be seen in 'Heropanti 2', shared a tired picture of himself. The actor is often seen sharing dance, fitness and action videos.


Bollywood actor Tiger Shroff is often seen sharing pictures from his work life as well as his personal life on his social media. He recently shared a close up picture of himself on his Instagram. The photo was captured at one of his film shoots. Here is the photo he shared recently.

Tiger Shroff shared a picture of himself dressed in a white shirt. He was seen giving a subtle smile and looked tired in the close-up photo. He wrote, "The full extent of my smile after a long day of action" referring to his tiring shoot. Take a look at Tiger Shroff's photo post his shoot.

As soon as Tiger shared his picture, his fans wrote all things nice. A fan wrote that there's nothing like shooting outdoors. Celebrities like Shaira Khan, Alan Fenandes sent heart and fire emojis. Fans also flooded the comment sections with kiss and heart emojis. They wrote that Tiger's smile is 'beautiful'. Take a look at the comments on Tiger Shroff's latest comments. 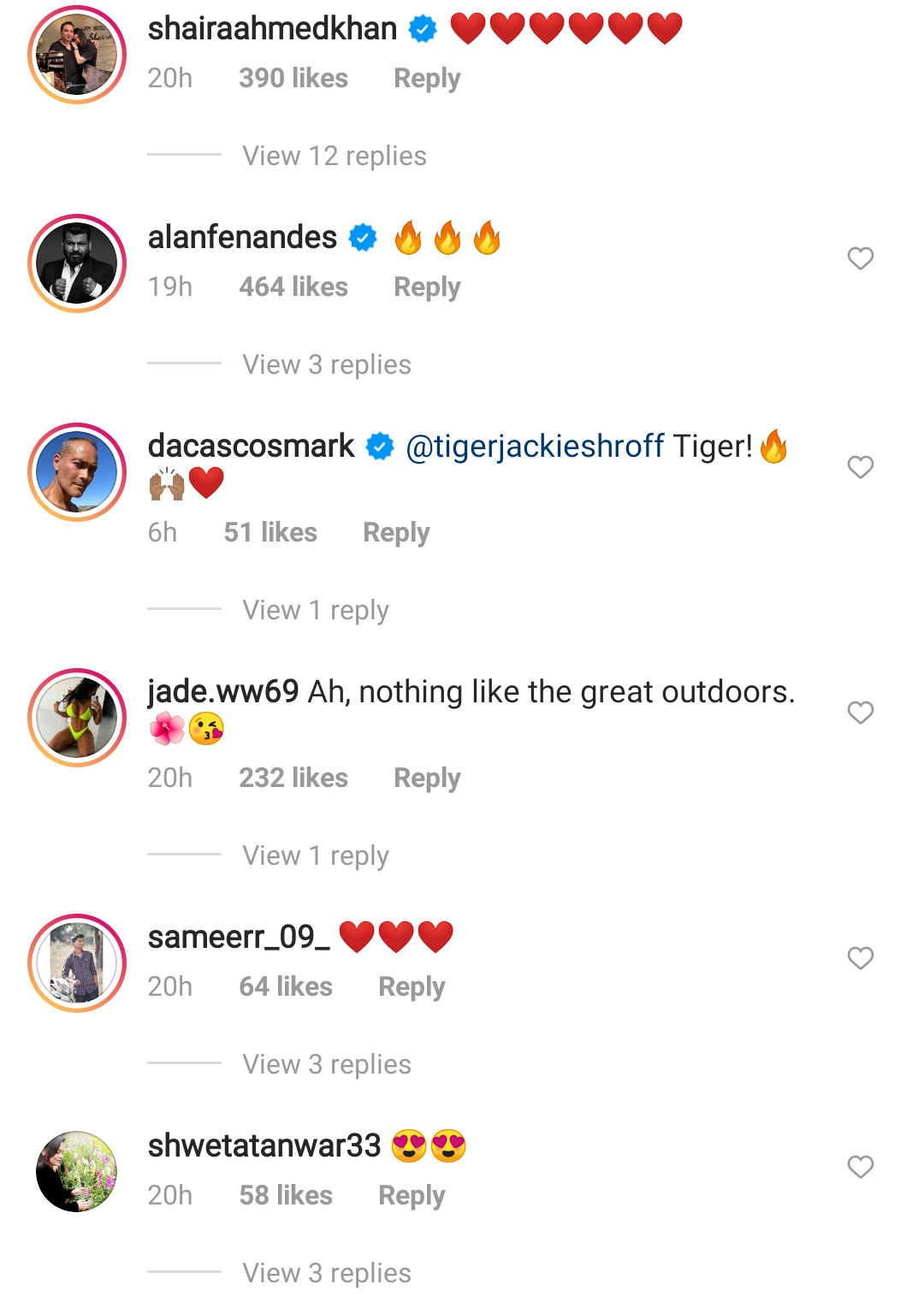 Tiger shared a still from the film Baaghi 2. In the picture, he was seen leaving a car with his bags as his character Ronny Singh. He wore a blue long-sleeved t-shirt and paired it with a pair of sunglasses. He wrote that his film featuring Shraddha Kapoor completed 3 long years. Tiger Shroff's fitness pictures are something his fans often look forward to. He shared a bare chest picture while flaunting his chiselled body for a shoot. He wrote that it is extremely hot outside which is why he had to remove his t-shirt. Fans couldn't stop drooling over the picture and flooded his comment section. Take a look at his Instagram pictures here.

Tiger made his debut with Heropanti starring Kriti Sanon in 2014. Tiger Shroff's movies like Baaghi, A Flying Jatt, Munna Michael and Student of the Year 2 garnered him immense popularity. He was last seen in Baaghi 3 which released in 2020. He will next be seen in Heropanti 2 which is scheduled to release in December 2021. He will also be seen in Baaghi 4 which is said to release in 2022.