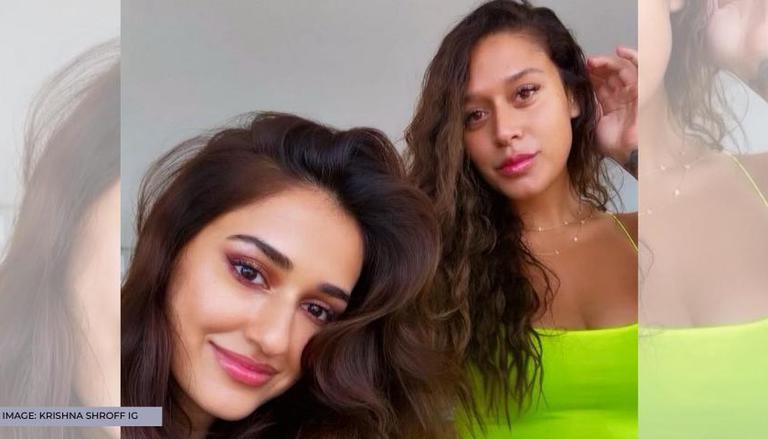 
Bollywood actor Tiger Shroff's sister Krishna Shroff, on Sunday, took to her verified social media handle and treated her fans to a snap, featuring her brother's rumoured girlfriend and actor Disha Patani. Interestingly, Krishna shared a blurred picture on her story session, in which she can be seen posing with Disha. While Krishna was seen in a neon knee-length dress, Disha can be seen sporting a white bralette top teamed up with a pair of blue denim. Keeping the snap captionless, Krishna just tagged Disha in the story post. 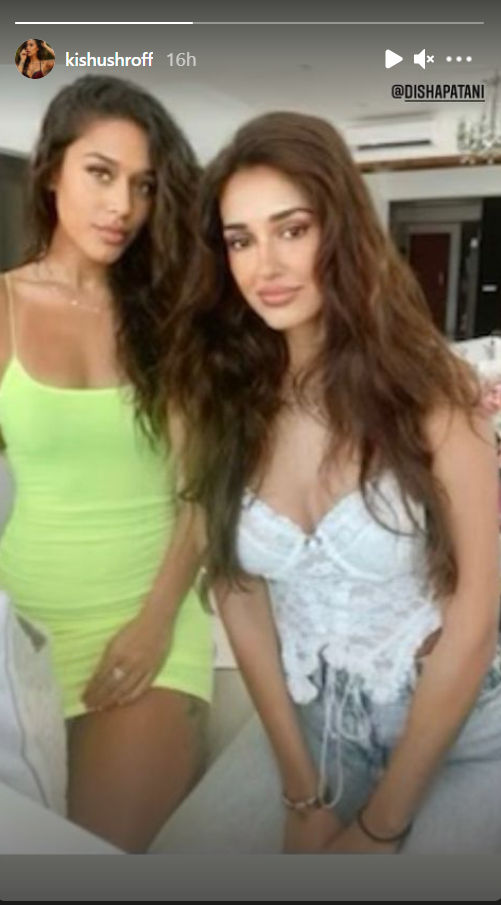 Presumably, the duo posed for the click on the Baaghi actor's 28th birthday as Patani was seen sporting the same outfit during the celebration of her special day. Interestingly, Disha, who turned 28 on June 13, had shared a multiple-picture post on her birthday. Along with Krishna, Disha's rumoured boyfriend Tiger was also featured in the photos. In the images, Disha's room was loaded with pink balloons and white foil balloons along with a Naruto-themed cake. Meanwhile, Krishna had also dedicated a post for Disha's birthday and shared a couple of pics and a video of the duo.

On the other hand, not only Krishna and Tiger, but their mother Ayesha had also showered love on the MS Dhoni: The Untold Story actor on the latter's birthday. Ayesha shared two pictures, a photo of Disha and a selfie of herself with the actor. Instagramming the post, Ayesha had written, "Happpppppyyyy birthday deeeeeshu!! Everyone sees the glamorous you but I love this side the most!!".

On the professional front, Patani was last seen in the Prabhu Deva directorial Radhe: Your Most Wanted Bhai. The ensemble star cast of the film also starred Jackie Shroff. Disha has numerous projects in her kitty, including Ek Villain Returns, co-starring John Abraham, Arjun Kapoor and Tara Sutaria.

READ | Ayesha Shroff pens a birthday wish for Disha Patani, shares what she loves about her

On the other hand, Tiger Shroff is also gearing up for his multiple upcoming releases, including the sequel of his debut film Heropanti. For the sequel, Tiger will be reuniting with his SOTY 2 co-star Tara Sutaria. Meanwhile, he will also mark his second collaboration with actor Kriti Sanon with an action-adventure film titled Ganapath.