Chet Hanks, whose parents, Tom Hanks & Rita Wilson are one of the couples to battle COVID-19 in 2020, recently double-downed his take that the COVID-19 vaccine. 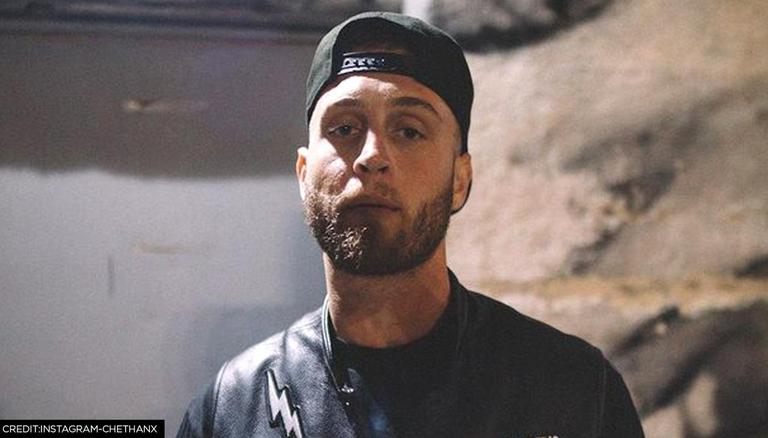 
Chet Hanks, whose parents, Tom Hanks and Rita Wilson were among the first star couples to battle COVID-19 in 2020, recently double-downed his take that the COVID-19 vaccine is not for him. The American actor took to his official Instagram handle and revealed that he is anti-vaccine. Hanks also spoke about his past remarks on the COVID-19 vaccine and asked people who are worried to "get over" the virus and "stay inside."

Taking to his Instagram, Chet Hanks dropped a video featuring himself. In the video, he can be seen saying, "I'm going to keep this real simple for you guys, real simple." He added, "Just like you have the right to be mad at me because I said I'm not going to get the vaccine... I have the right to not that s**t. I wanted to, but my immune system said it's good. It doesn't need to be tampered with. It said it's good."

Speaking further, Hanks called the vaccine an "experimental government injection." He said, "Let's be real. 99 percent of you m***********s wouldn't use a shampoo that isn't FDA approved, but you're willing to get some experimental government injection." "There's more evidence for UFOs being real than that vaccine being healthy for you. If the aliens are out there, I'm ready for you to come get me. Let's get the f**k out of here or am I going to need my vaccine papers," Hanks stated.

As per the Center for Disease Control and Prevention, COVID-19 vaccines are safe and effective. Also, the government agency stated millions of people in the United States have received the shot "under the most intense safety monitoring in US history." However, according to Hanks, he does not wish to take advantage of the free vaccine that is currently available to individuals over 12 years old.

The video comes after Hanks spoke openly about the vaccine in his video that was posted on August 10. In the video, he can be seen admitting that he is tired of wearing masks during the ongoing pandemic and he further asked his fans to get over the virus. Hanks began the clip with a positive tone by saying that he supports the vaccine but after a few seconds, the actor changed his statement and stated that he won't be taking the vaccine and called it a "simple flu."

Hanks' comments did not fit well with the social media users as they went ahead and slammed the actor for his statement. Earlier in the month of March 2020, Tom Hanks' family excluding Chet, had tested positive for the virus in Australia. Tom was shooting for his upcoming Elvis Presley biopic when he experienced COVID-19 symptoms. The actor took to his photo-sharing handle and revealed that he and his wide, Rita had "some chills that came and went" and that they "were tested COVID-19 positive."