Urvashi Rautela will soon be seen making her Tamil debut alongside actor Vivekh. She shared a few memories with the late actor and said that she would miss him.


Tamil actor and playback singer Vivekanandan aka Vivekh passed away due to a massive cardiac arrest on Saturday, April 17. Paying her tribute to the late actor, Urvashi Rautela who will soon be seen making her Tamil debut alongside Vivekh, remembered the time when they shot the film together in Manali.

Several celebrities from the Indian film industry mourned actor Vivekh's death. Urvashi Rautela took to her Instagram handle to share a few videos and a picture with the Dharala Prabhu actor. She wrote that she will miss the Padma Shri award winner and her experience of working with him in her Tamil debut is unforgettable. She added that she was shaken by the news as she had the best memories of her life while shooting with him.

Urvashi shared, "You cared for me & cared for the world. Your comic timing & dialogues. Your love for the trees." She paid condolences to his family, friends and fans. She also shared a few memories with the actor. In the first picture, the two were seen posing at the Dechen Choekhor Mahavira in Manali. In the next two videos, Vivekh and Urvashi can be seen reading the script and practising it. Their fans flooded the comment section with heart emojis and wished Urvashi good luck for her Tamil debut.

READ | Urvashi Rautela stuns fans with diamond masquerade, admits "it was so heavy" 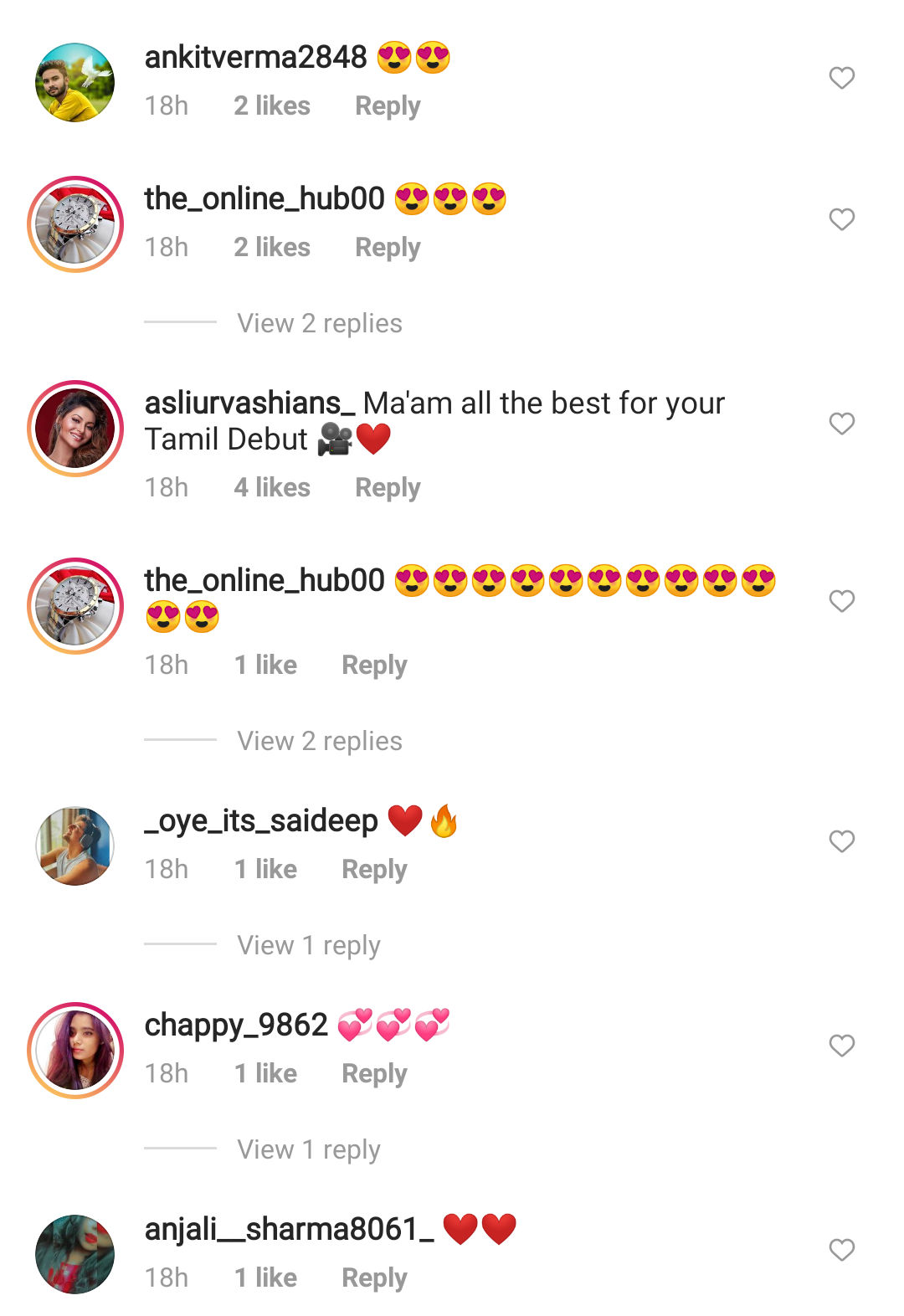 Vivekh was known as one of the finest comedians in the Tamil film industry. He received a Padma Shri award for his contribution in the field of media and arts. His films like Run, Saamy and Perazhagan had garnered him immense popularity. He was last seen in the film Dharala Prabhu playing the role of Kannadaasan. Vivekh has a number of films lined up for release. He will be seen in films like Yaadhum Oore Yaavarum Kelir and Aranmanai 3.

READ | Urvashi Rautela to Kareena Kapoor Khan, here are some top Instagram posts of the week

Popular Urvashi Rautela's films include Sanam Re, Great Grand Masti, Kaabil and Hate Story 4. The actor was last seen in the ZEE5 original series Virgin Bhanupriya. She will soon be seen making her Telugu debut with a film titled Black Rose. The actor was also seen in music videos like Teri Load Ve and Ek Ladki Bheegi Bhaagi Si. Urvashi will soon be seen alongside Randeep Hooda in the upcoming series Inspector Avinash.