Fukrey fame actor Varun Sharma who ringed in his 30th birthday on February 4, took to Instagram and shared a picture from the celebrations.

Fukrey fame actor Varun Sharma who ringed in his 30th birthday on February 4, took to Instagram and shared a picture from the celebrations. In the pictures, he posed with her mother while cutting a cake. Celebrating his day and feeling blessed for the warm wishes that he received from his fans and followers, the actor wrote, "blessed".

Apart from this, the actor also gave a glimpse of the celebrations that he received on the sets of his upcoming Circus. Sharing a sneak peek of the same, the actor showed his decorated vanity van that was decorated by his team members to make his day extra special. In one of the videos, fans can watch the vanity van which is decorated with balloons, streamers, and a birthday cake placed on the center table. He captioned his Instagram story and wrote, “kick-starting the day in the most cutest way.” In another story, the actor tagged all the people who helped in giving the surprise to the actor on the sets of his next film.

Read: Varun Sharma's Fun Movies Like Chhichhore You Must Add To Your Watchlist

Read: Take Varun Sharma's Quiz To Check How Well You Know The Characters He Has Played Till Date

Going by the Instagram stories, it seems that the actor is going to have a working birthday as he will be busy shooting for the Rohit Shetty directorial film. Earlier, the actor took a day off from work to attend his brother Rishiraj Sharma’s wedding in Jodhpur. The actor got a day-off and travelled to the venue, Umaid Bhawan Palace, and became a part of the festivities. The movie is being shot at Mehboob Studios in Mumbai and the actor planned his travel so as to be back in time for the shoot of the film. The actor said in a media statement, “It was a day off and it's a celebration I am eager to be a part of”. 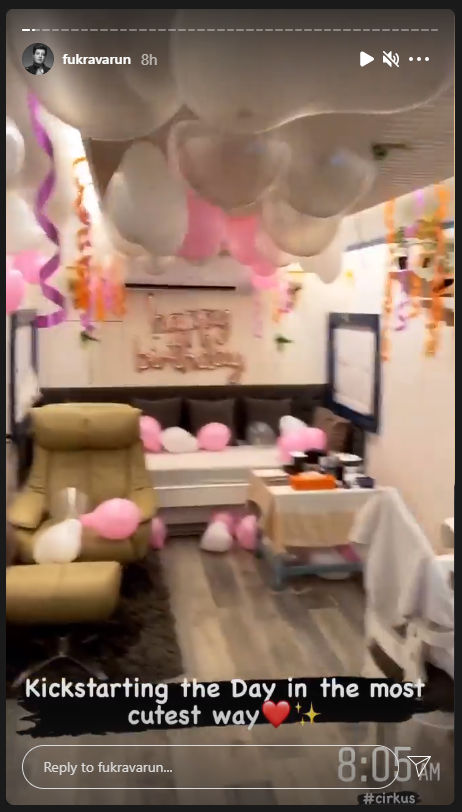 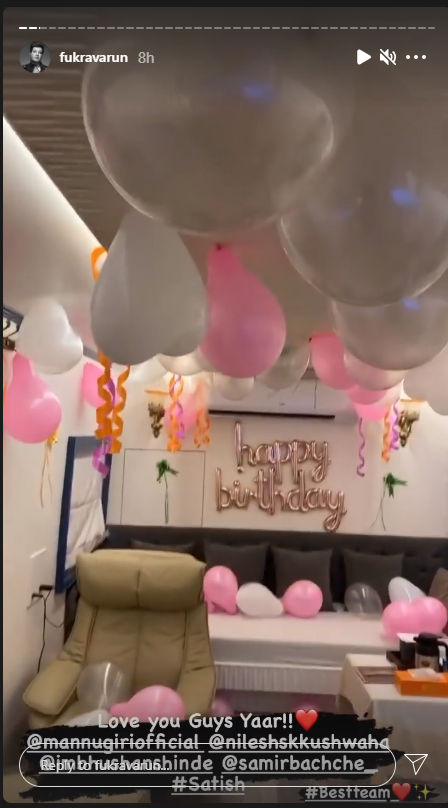 Cirkus is a comedy film, which will star Ranveer Singh in a double role and also star Pooja Hegde as well as Jacqueline Fernandes. It went on floors in Mumbai on November 17, 2020, and is based on the William Shakespeare play The Comedy of Errors. The movie will be bankrolled by the banners T-Series, Reliance Entertainment, and Rohit Shetty Picturez.

Read: Varun Sharma Takes A Day Off From 'Cirkus' Shoot To Attend Cousin's Wedding In Jodhpur