Abhay Deol is all set to work with his nephew in the upcoming crime comedy Velle. The movie also features Mouni Roy and Anya Singh in the lead. 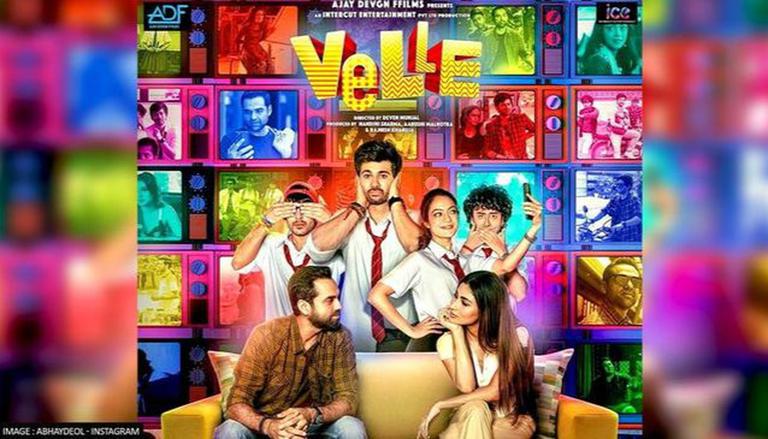 
Seasoned actor Abhay Deol is all set to mark his return to Bollywood after being away from the big screen for a long time in the upcoming crime comedy Velle. Apart from his comeback, the film is all the more special for being the first film with his nephew, Karan Deol who will be seen in the lead role opposite Anya Singh. The first trailer of the movie was much appreciated by netizens. Take a look at the second trailer of Velle.

The makers of the forthcoming crime comedy starring Abhay Deol, Mouni Roy and Karan Deol have fueled the anticipation of the netizens by dropping its new trailer. The plot of the film revolves around three friends befriending their principal's daughter, played by Anya Singh, and faking a kidnapping to mess with him. Their prank takes a dangerous take when she gets kidnapped for real.

The new trailer shows Abhay Deol's character narrating this story to Mouni Roy with the tagline 'A story in a story'. The clip further traces the nerve-wracking action that unfolds between Abhay and Karan's character with Mouni being injured and Anya Singh still kidnapped. The comments section under the trailer was filled with compliments for Abhay Deol's performance in the film.

Directed by Deven Munjal, the movie is a remake of the Telugu film Brochevarevarura. The movie will be released on December 10 in theatres. As mentioned earlier, the first trailer of the movie received a positive response from the netizens, however, veteran actor Dharmendra, who is also Karan Deol's grandfather, caught the attention of the internet with his special post. He took to his Instagram to share his grandson's picture with the caption,

WE RECOMMEND
Velle's first song 'Uddne Do' traces Abhay Deol's dream to reach Mouni Roy; WATCH
Karan Deol's 'Velle' trailer out; Grandfather Dharmendra pens special message for him
Have learnt from my family to not give up: Karan Deol on middling response to debut film
Leonardo DiCaprio, Abhay Deol to co-produce sports biopic of boxer Willie Pep
Abhay Deol, Karan Deol's first look from 'Velle' out, trailer to release on Nov 18
Listen to the latest songs, only on JioSaavn.com