Venu Arvind's Health Status: Radikaa Sarathkumar Clarifies 'he In ICU, Not In A Coma' 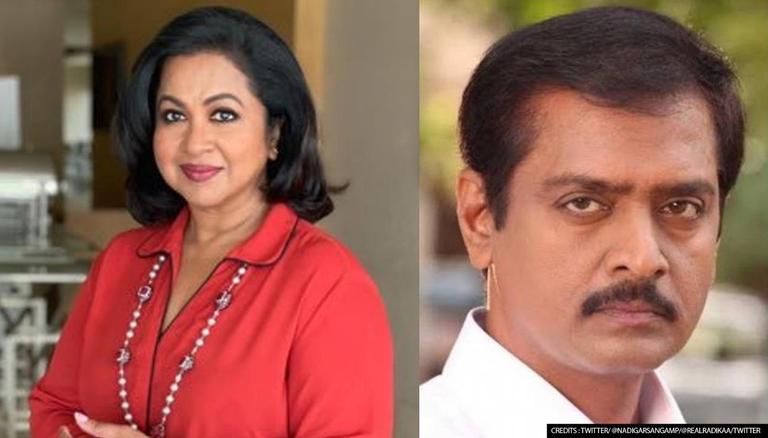 
Tamil TV actor Venu Arvind is admitted to the intensive care unit (ICU) of a private hospital in Chennai after undergoing brain surgery recently. However, according to several media reports the actor has not slipped into coma, as was earlier suggested by reports. Popular television actor Arunrajan who has worked with Venu in the serial Vani Rani took to Instagram and shared a video while squashing rumours of him being in a coma. Arun Rajan revealed that the actor is still in the ICU and will be ‘discharged soon.’

“There are a lot of rumours as to what is happening with Venu sir and it is bothering everyone here. Particularly Shoba ma’am, Venu’s sir wife. He is not in a coma. He went through tough times in the last seven or eight months. He had other medical issues and he also had surgery. He is in the ICU, but he is not in a coma. He is really responding well. He’s fine. Everybody here is very positive that he is going to be discharged soon. Please don’t spread negativity,” said  Arunrajan. Television star Raadhika Sarathkumar also rubbished the reports. “It’s very sad that the media falsely say that #VenuArvind is in a coma, have been closely following his health with his wife, he was not well, now he is stabilised, a wonderful person, please pray he comes home soon, sound and healthy. Stop wrong news (sic),” she wrote on Twitter.

It’s very sad that the media falsely say that #VenuArvind is in a coma, have been closely following his health with his wife, he was not well, now he is stabilised, a wonderful person, please pray he comes home soon ,sound and healthy.Stop wrong news pic.twitter.com/eWgKKCBzBR

Venu Arvind is a household name for fans of Tamil television serials. The veteran actor became a household name with the television serials created by iconic filmmaker K Balachander, Kadhal Pagadai, and Kasalavu Nesam. He is known for playing mild-mannered characters in the shows. He has also appeared in supporting roles in many movies, notably in Alaipayuthey, Ennavale, and Naalaiya Pozhuthum Unnodu.  He has also appeared in a few films like Alaipayuthey, Ennavale, and directed a film called Sabash Sariyana Potti in 2011. He had also dubbed for actor Vineeth in May Madham.