Vicky Kaushal recently took to his Instagram handle to share a photo from his workout session. In the caption, the actor called his workout "Midnight drill." 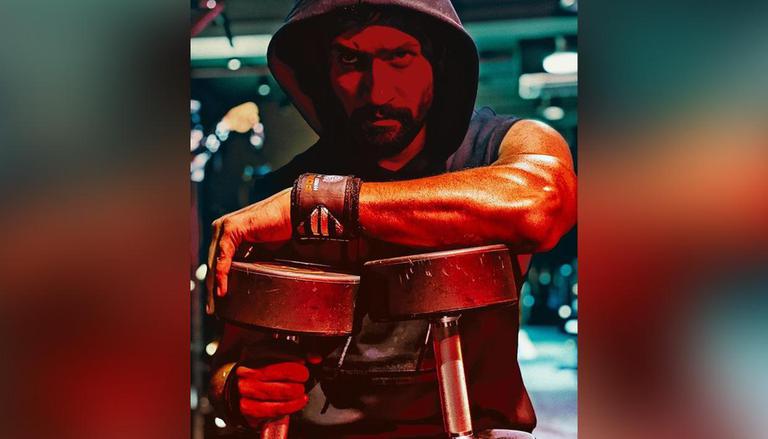 
Bollywood actor Vicky Kaushal has several films lined up in this and coming year. Despite his busy schedule, there is one thing the actor does not compromise with, is his fitness. The Uri actor often gives away major fitness goals with his toned muscles and body. The actor, who enjoys over nine million followers on Instagram, often promotes fitness among his fans. He recently gave a sneak peek into his midnight drill at the gym with dumbbells. The steaming photo of the actor had his fans drool all over him.

Vicky Kaushal recently took to his Instagram handle to share a photo from his workout session. In the photo, the Masaan actor was seen resting one of his hands on a set of dumbbells before him. His other hand was holding one of the dumbbells. The red-toned photo had Vicky Kaushal in an intense look flaunting his ripped muscles. He donned a black vest with its hood on. He also had a hand band on his wrist. The caption read, "Midnight drill. 😡💣." Gully Boy fame Siddhant Chaturvedi reacted to the photo with a lit emoji. The actor also showered him with love in the comment section. One of his fans called him his inspiration and wrote, "You’re My inspiration sir ❤️😈."

Vicky Kaushal wraps up the dubbing for Sardar Udham Singh

Vicky Kaushal often keeps his Instagram followers updated about his personal and professional life. The actor has several films in his kitty and is competing for their shoots. He recently wrapped up the dubbing of his upcoming film Sardar Udham Singh. Taking to Instagram, the actor shared a photo from the recording studio of Sardar Udham Singh. In the photo, the Sanju actor was resting his head on a table while making the victory sign with one of his hands. He wore a printed t-shirt with sweat pants and a white-coloured cap. The caption of the photo read, "Dubbed and dusted! ☺️✌🏽." In the film, the actor will play the role of freedom fighter Sardar Udham Singh. The film is being helmed by Soojit Sircar. He also has The Immortal Ashwatthama, Takht and a biopic of Sam Manekshaw in his pipeline.