Vidya Balan Remembers M.S. Subbulakshmi On Her 104th B'day: 'My Day Starts With Her Voice'

Recently, Bollywood actor Vidya Balan remembered the veteran Carnatic singer M.S. Subbulakshmi on her 104th birth anniversary. The actor shared an iconic picture of Subbulakshmi, which was captured by the famous photographer Gautam Rajadhyaksha and penned a heartfelt caption along with it. Take a look at Vidya Balan’s post: 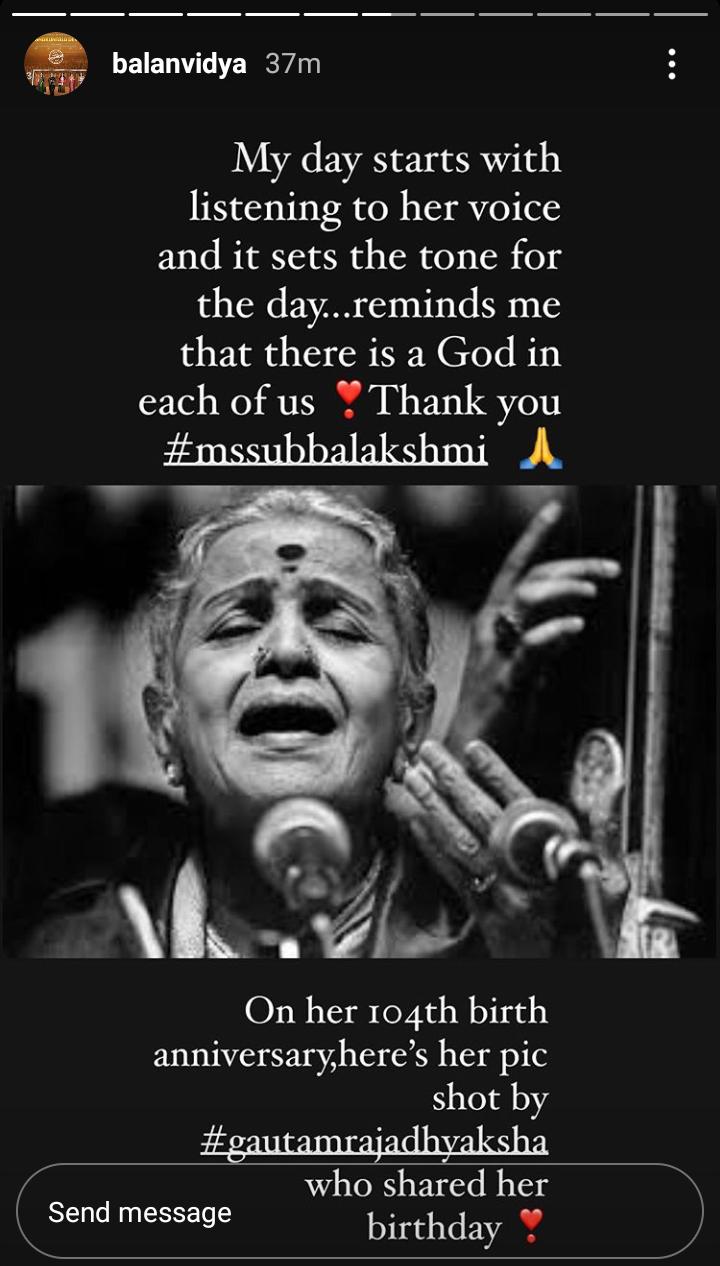 If the rumours are to be believed, Vidya Balan was offered to play the role of M.S. Subbulakshmi in a film by Rajiv Menon. A report published in Idiva claims that the role was initially offered to Aishwarya Rai Bachchan, which later went to Vidya, as the former didn’t get back to the filmmaker on the said dates. However, neither Vidya Balan nor the makers of the film have spoken about the film. It remains to see whether the biopic will roll-out with the planned cast.

Born in Madurai, Tamil Nadu, M.S. Subbulakshmi is the first musician in the history of India to be awarded the Bharat Ratna, which is the country's highest civilian honour. More so, the late singer was also the first Indian to perform in United Nations General Assembly in 1966. The singer has also won a Padma Bhushan Award.

Vidya- on the professional front:

The actor will be next seen in the much-awaited film, Sherni. Helmed by Aastha Tiku, Sherni also stars Vijay Raaz, Sharat Saxena and Mukesh Prajapati in prominent roles. The film is slated to hit the theatres in 2021.