Vidyut Jammwal took to IG & dropped fans' pictures as they etch him on their body. The actor moved by their gesture, says 'left an indelible imprint on my heart


On April 21, 2021, Bollywood actor Vidyut Jammwal took to his official Instagram handle and dropped a couple of pictures featuring two of his fans. In the pictures, one can see one of his fans with a tattoo of his name on her left hand. Another fan has tattooed his face on the left-hand side of his chest. Moved by the 'Jammwalions' gesture, Vidyut said that they have left an 'indelible imprint on my heart'.

In the first picture, a female fan can be seen sitting and flashing her tattoo which reads 'Vidyut'. Her face is covered with a yellow dupatta. The second picture shows a male fan posing topless and flaunting Vidyut's face tattoo he has etched on his chest. As for the caption, Vidyut penned, "You etched me on your body, yet have left an indelible imprint on my heart. Love forever. '#Jammwalions'".

As soon as the pictures were up on the internet, many other Jammwalions rushed to drop lovely comments and compliment the actor. A fan commented, "Sir they're your biggest fan" with a heart-eyed face emoticon. Another one wrote, "Awesome!!" with fire emoticons. A user commented, "You are my inspiration" and dropped heart-eyed face emoticons. Another one wrote, "Soo lovely" with a fire emoji and red heart. 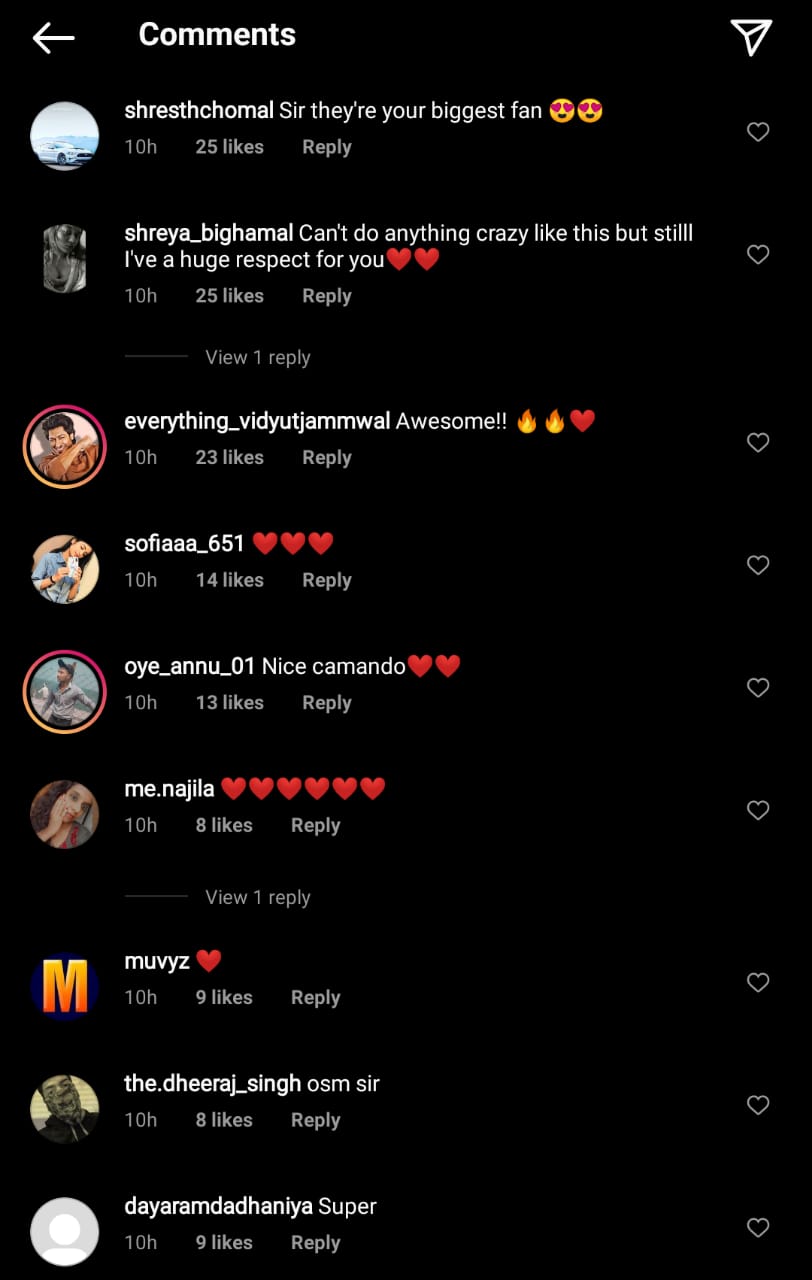 Recently, Vidyut dropped a pair of adorable pictures featuring himself. In the pictures, he can be seen squeezing out the last bit of a giant toothpaste. One can see him flaunting his biceps in the first picture, while he flashed a bright smile while sitting ahead of a giant toothpaste. He looked dapper as he sported an oversized light-orange coloured tank top which he paired with black shorts. He completed his look by adding a yellow cap and ankle-length sneakers. Vidyut captioned the post as, "Have you enjoyed SQUEEZINGggggg out that last bit of toothpaste and had a feeling of achievement".

Vidyut Jammwal, who made his acting debut with 2011's action-thriller, Force, was earlier a stuntman. The list of popular Vidyut Jammwal's films includes Shakti, Oosaravelli, Commando, Junglee, Khuda Haafiz, among others. He has two more films- The Power and Sanak in the pipeline.

READ | Vidyut Jammwal is 'tired but not done' after workout; calls himself 'Ziddi'; See pic

A sneak-peek into Vidyut Jammwal's photos