Vivek Oberoi Was Told Not To Act In India’s First Emmy Nominated Web Series Inside Edge?

Vivek Oberoi opens up about his journey on the much-loved Emmy nominated series, ‘Inside Edge’. The show focuses on the business and political side of cricket 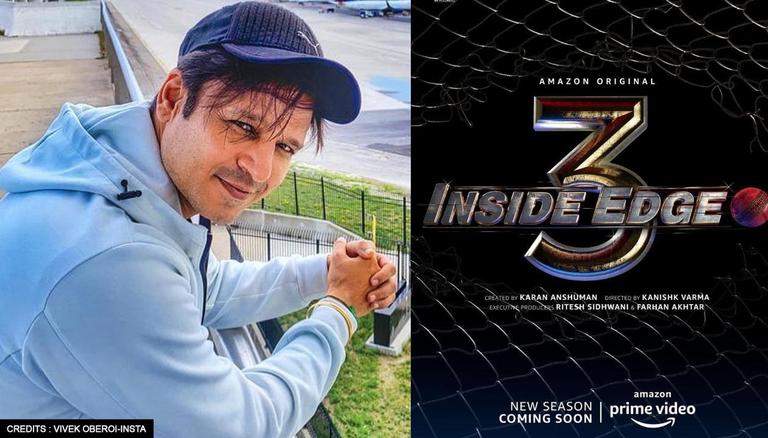 
Inside Edge is a sports drama series starring Vivek Oberoi, Aamir Bashir, Richa Chadda, Angad Bedi and Sapna Pabbi in lead roles. In a conversation with ANI, Vivek Oberoi opened up about his journey on the show and shared his experiences. The show went on to become the first Indian series to be nominated for an international Emmy Award.

Streaming on Amazon Prime Video, Inside Edge revolves around the T20 cricket team called the Mumbai Mavericks. The owners of the team run a league-wide spot-fixing syndicate. The series takes a unique approach to the game of cricket and focuses on the business, entertainment and political side of the much-loved sport. Although the star cast makes the series a must-watch, the storyline is an enthralling one as well. The show is produced by Ritesh Sidhwani and Farhan Akhtar and is all set to make its digital release with season three later this year.

Vivek Oberoi on Inside Edge

Oberoi plays the protagonist on the show and takes on the role of Vikrant Dhawan. During an interview, the Bollywood actor spoke about the gradual shift the audience made towards OTT platforms. He mentioned that viewers have moved on to online streaming platforms to satisfy their hunger for content.

In the interview, Vivek Oberoi mentioned that he did not initially plan to sign up for the role on Inside Edge. He was advised by many not to accept the offer, as no one would want to pay to stream content from their phone. However, Oberoi signed on to play a part in the series at a time when the OTT industry was not booming as much as it is today, Inside Edge became one of the most popular shows in the online space. The series also managed to get its hands on an Emmy Award nomination in the Best Drama Series category, a historic moment for the entertainment industry.