Watch what's common between the two power couples of Bollywood!

A few days back, Ranveer Singh was spotted at the Mumbai airport driving his Rs. 3.8 crore worth Aston Martin with his wife Deepika Padukone. The couple was leaving for London to unveil Deepika's wax statue at Madame Tussauds. They arrived back in the city last night and looked ravishing twinning in their denim jeans! And it's a fact that Ranveer Singh has time and again cheered for Arsenal Football club on his Twitter handle. Internet went on a meltdown when the actor met former German midfielder and Arsenal star Mesul Ozil.

Meanwhile, Virat Kohli on March 16, drove a Bentley car along with his wife Anushka Sharma at the Mumbai airport. The duo looked refreshing. Virat wore a black pinstripped shirt and black track pants. He also carried his Louis Vuitton duffle bag. There was something different about his hairdo though. Anushka looked stylish as she chose a black crop top, white ripped denim and a Gucci jacket. With IPL 2019 all set to kickstart from March 23, 2019, the first match will be played between Chennai Super Kings and Royal Challengers Bangalore in Chennai. Kohli along with his wife headed to Bengaluru to kickstart the practice sessions.

Do actors get extra priveleges at the airport. Yes they do but some actors prefer to follow rules and do not use their power to avoid standing in long ques. A friend travelling at the same time saw the couple standing in the long que of the business class lane. 👍 #airportdiaries @viralbhayani

Both the couples continue giving us #PowerCoupleGoals in their own way. Their weddings were the most talked about event in Bollywood. While Anushka and Virat got married in Tuscany, Italy in December 2017, Deepika and Anushka tied the knot in Lake Como, Italy. 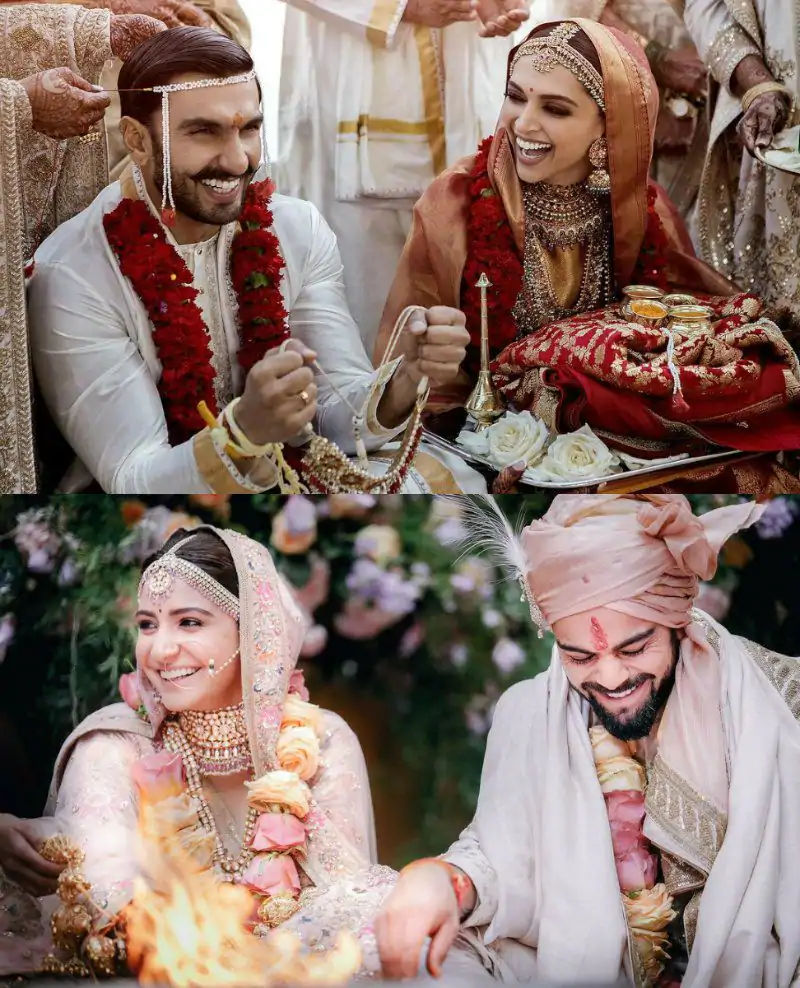 On the work front, Deepika will be seen in Meghna Gulzar's upcoming film 'Chhapaak'. The story revolves around the life of an acid attack survivor, Laxmi Aggarwal. Ranveer, on the other hand, is currently working on the upcoming Kapil Dev biopic '83 and will also star in Karan Johar's multi starrer film, 'Takht'.

Meanwhile, Anushka will be producing a feature for Netflix named 'Bulbul'. Anushka was last seen in Aanand L Rai's 'Zero' co-starring Shah Rukh Khan and Katrina Kaif. She is yet to announce her future project.