Ishaan Khatter took to Instagram and shared his 'side project' with Siddhant Chaturvedi on the sets of his upcoming film 'Phone Bhoot'. Read to know more here!

Actors Ishaan Khatter and Siddhant Chaturvedi are enjoying their time on the sets of their upcoming horror comedy flick Phone Bhoot. On Thursday, the duo was seen engaging in a fun side project session in between shots. The Khaali Peeli actor took to his Instagram account on March 11 and shared a couple of videos featuring himself and co-star Siddhant.

He captioned the post as, “ShaD00M. Side project between shots on #PhoneBhoot. We were left alone for wayyy too long @siddhantchaturvedi. (sic)” Phone Bhoot's co-star Katrina Kaif commented on the video, "And their at it (sic)", while Siddhant Chaturvedi reacted with a zany face emoji. Take a look at the video shared by Ishaan Khatter and what fans reacted to it here. 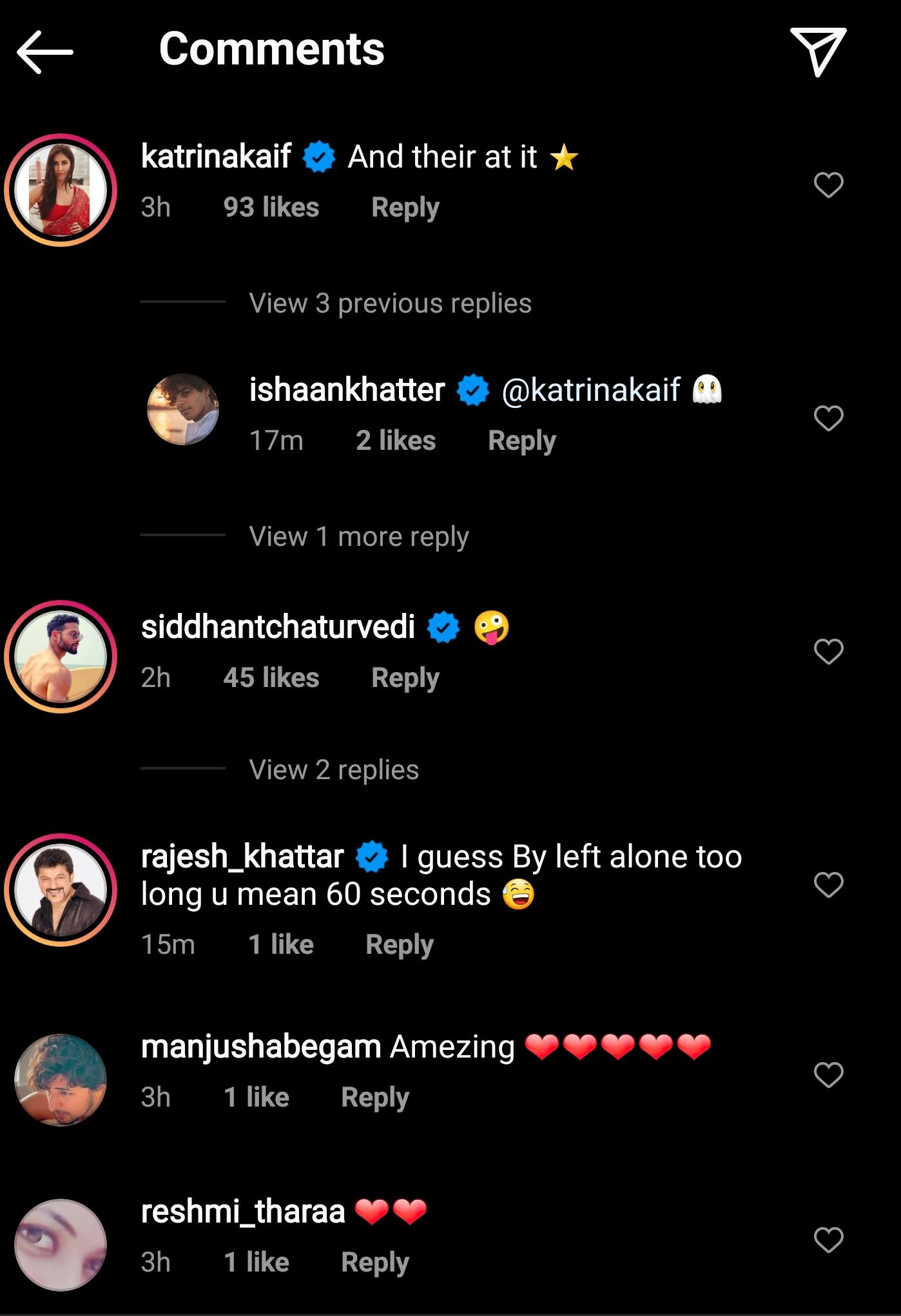 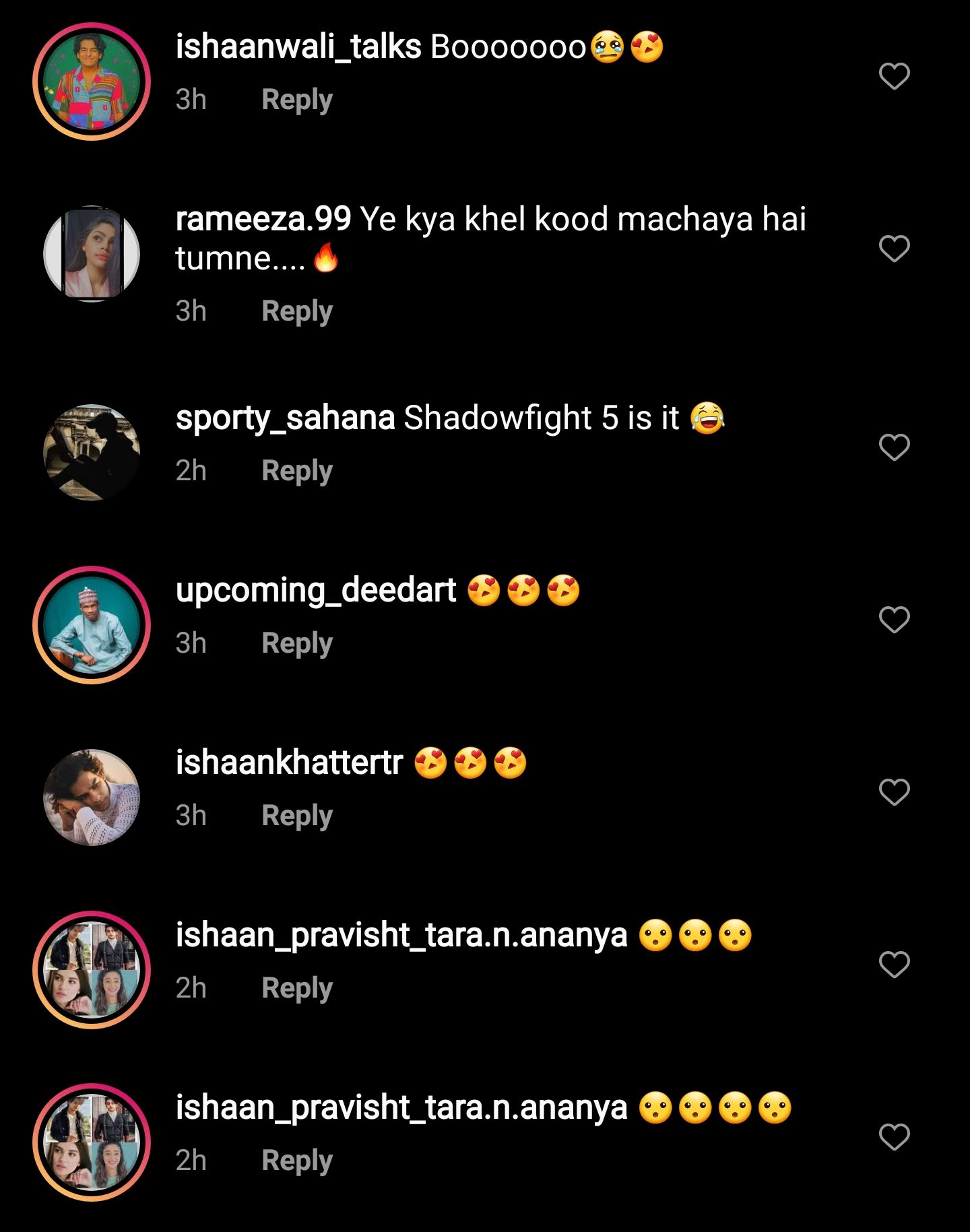 Ishaan Khatter and Siddhant Chaturvedi on the sets of Phone Bhoot

Ishaan and Siddhant were busy engaging in a fun "side project", according to the Dhadak actor, as they were shadow-boxing behind the sets of their film. The silhouette-themed monochromatic clip gained more than 11,000 likes within two hours of it being posted. If not anything else, the video is proof that the duo has amazing chemistry.

Actors Ishaan Khatter, Siddhant Chaturvedi and Katrina Kaif were all announced as part of the Phone Bhoot cast in July 2020. The trio also took to their Instagram accounts to share the first look of the film through a poster in which the actors were seen dressed in black-coloured suits with white-coloured shirts underneath them. Take a look at the post below.

Phone Booth is directed by Gurmmeet Singh and is produced by Farhan Akhtar and Ritesh Sidhwani under their banner Excel Entertainment. The film is penned by Ravi Shankaran and Jasvinder Singh Bath and marks the first-ever collaboration between the three actors.

READ | Is The Nun based on a true story? Here's the truth behind 'The Conjuring' prequel